Laura Kuenssberg is in talks to step down as BBC political editor after six years and become a presenter on the Today programme as part of a major reshuffle of senior on-air staff, according to reports.

Since taking over from Nick Robinson as the Corporation’s political editor, Miss Kuenssberg, 45, has covered a feverish period of politics including the Brexit referendum and two general elections.

It is said that the Italian-born veteran reporter could become a presenter on Radio 4’s flagship Today programme as part of a major reshuffle of senior on-air staff, The Guardian reported this evening.

Miss Kuenssberg’s departure would leave a vacancy in one of the most influential posts in British journalism, at a time when the Conservative Government is negotiating the Corporation’s licence fee.

As part of the shake-up, Jon Sopel is stepping down as North America editor and returning to the UK. It is understood that he is tipped to be replaced in Washington, DC by BBC Scotland editor Sarah Smith.

And GB News launch director John McAndrew, who quit over the channel’s shift to exploit the ‘culture wars’, is a candidate to replace Fran Unsworth as the next head of BBC News, according to i.

Laura Kuenssberg is in talks to step down as BBC political editor after six years and become a presenter on the Today programme as part of a major reshuffle of senior on-air staff, according to reports

A BBC spokesman told MailOnline: ‘The North America editor role is currently being advertised internally and the role will go through the normal recruitment process. It’s a bit soon to start speculating about the outcome of this, let alone other jobs which aren’t actually vacant.’

Commanding a salary of £264,999-a-year as political editor, Miss Kuenssberg also found a new audience by appearing on the Brexitcast podcast throughout the UK’s Brexit negotiations with the EU.

However, she has faced accusations of bias from across the political spectrum.

Last year, she was criticised after appearing to defend Dominic Cummings following reports that he had flouted lockdown rules.

Within 30 minutes of the story breaking, Miss Kuenssberg had shared a rebuttal from an unnamed source claiming that the then Prime Minister’s senior aide’s 260-mile trip from London to his parents’ home in Durham was ‘within [the] guidelines’.

In response to the Daily Mirror journalist who broke the story, Miss Kuenssberg tweeted: ‘Source says his trip was within guidelines as Cummings went to stay with his parents so they could help with childcare while he and his wife were ill – they insist no breach of lockdown’. 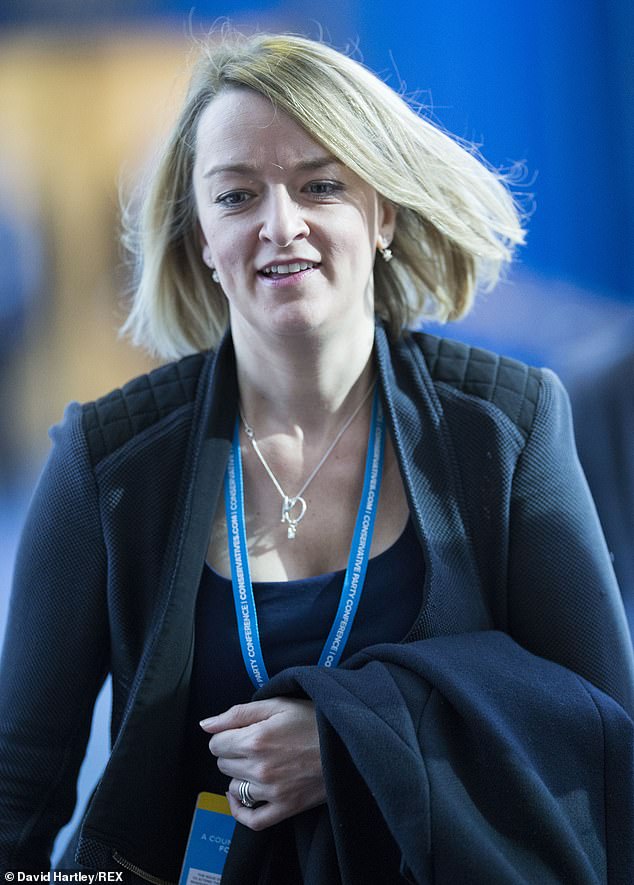 Commanding a salary of £264,999-a-year as political editor, Miss Kuenssberg also found a new audience by appearing on the Brexitcast podcast throughout the UK’s Brexit negotiations with the EU 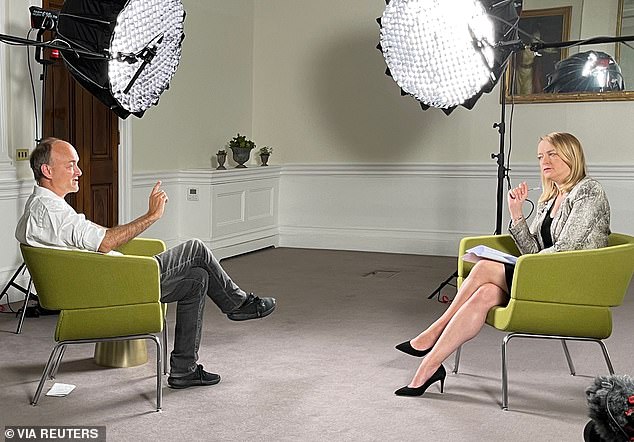 Dominic Cummings during an interview with Laura Kuenssberg in London, July 20, 2021

Her reply was immediately met by a chorus of condemnation from Labour-supporting trolls, with some accusing her of being a ‘mouthpiece for the Government’ and a ‘Tory stooge’.

Miss Kuenssberg was revealed to be Mr Cummings’s only regular contact, due to the broadcaster’s ‘special position’ in the country.

During his bombshell evidence session to MPs earlier this year, the former Downing Street aide said the political editor was the ‘main’ journalist he would speak to – but stressed they would only talk once every ‘three or four weeks’ to ‘give guidance on big stories’.

Mr Cummings then made a series of scathing claims about the Prime Minister’s handling of the Covid pandemic – including that Boris Johnson allegedly viewed the virus as a ‘scare story’ just a month before the first lockdown – in a sit-down interview with Miss Kuenssberg.

During the 2019 General Election, Miss Kuenssberg, along with ITV’s political editor Robert Peston, tweeted the false claim that an aide of disgraced ex-minister Matt Hancock was punched by a Labour activist.

The claim was quickly disproved by video evidence, forcing them to back down and apologise for the misleading information.

At the Labour Party conference in 2017, she had to be protected by security guards following abuse she had received for her reporting on Jeremy Corbyn. Critics claimed she was not neutral and treated the former Labour leader unfairly.

Miss Kuenssberg also attracted controversy earlier this year after a complaint was made against her over her use of the phrase ‘nitty gritty’ while discussing Downing Street business on the Brexitcast.

Anti-racism campaigners claim the term originates from the slave trade, and was reportedly banned by Sky Sports last year amid concerns.

However, programme bosses threw out the complaint against Miss Kuenssberg.