A woman who shared an innocent picture of her messy car on social media has been accused of being a ‘terrible mother’ – by other mums.

Laura Mazza, a mother-of-three from Melbourne, posted a photo showing the inside of her car to show the ‘reality of parenting’ on Facebook.

The outspoken blogger, otherwise known as Mum On The Run, said the snap was meant as a way to support other parents struggling with perfection – but she was shocked by the nasty remarks she received.

‘Bullying, competitive judgemental b*****s who will fall over each other to rip your every parenting decision to shreds,’ Laura wrote on a recent post addressing comments she had received over the state of her ‘messy’ car. 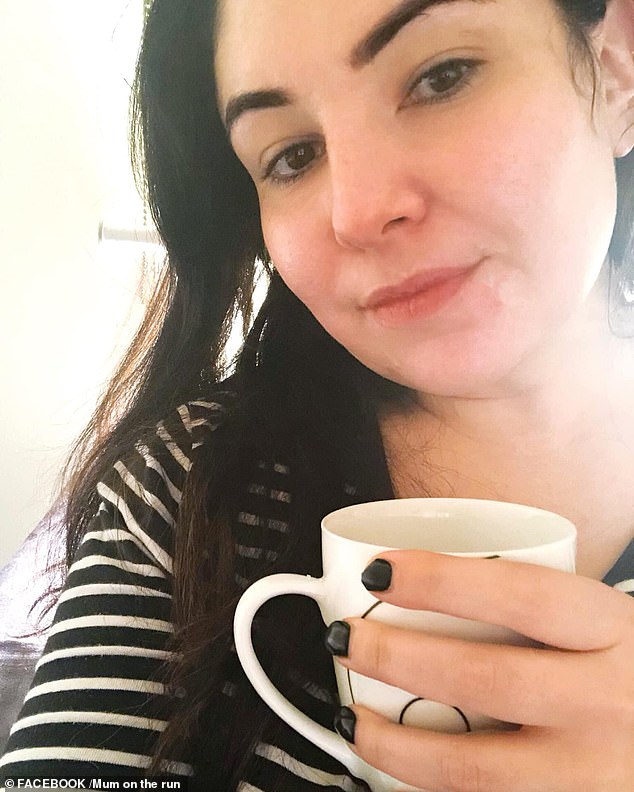 ‘I’ve seen it. Every time I write anything, out they come, like wet gremlins who have been fed after midnight.’

She said regardless of what she did to show the reality of parenting, in its myriad forms, it seemed others were all to quick to judge her as well as call her names.

‘I post a picture of my kid enjoying an ice cream, and I was likened to Hitler (I wish I was exaggerating), posted a picture of them eating fruit and was told I was too braggy and fake, talk about my depression and I’m a let down to my children,’ she said.

‘Post a picture of my body in bathers (a one piece) and my children are blessed to have a w**** of a mother. 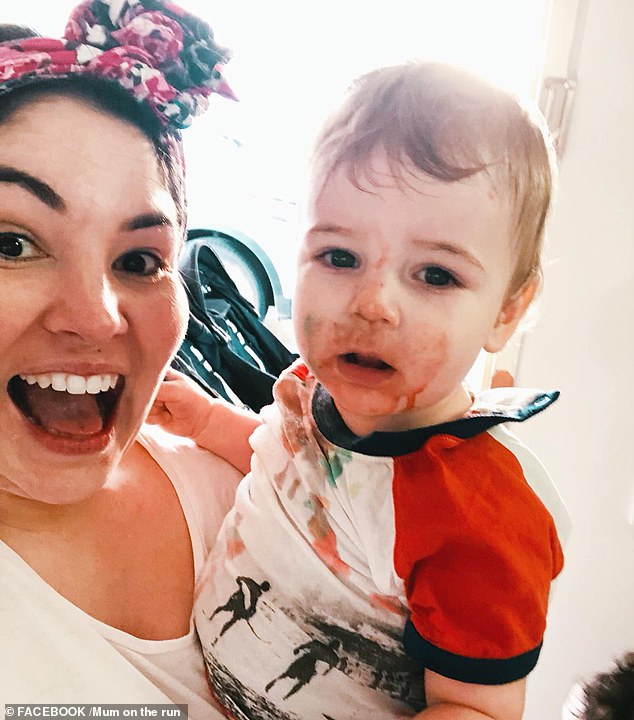 ‘Then I posted a picture of a dirty car, and holy Gwyneth Kate Paltrow, I was told that I am a terrible, filthy disgusting mother who is growing up society’s generation of entitled lazy s**ts.’

She said the most problematic aspect was comments on her posts were from other mothers – women she believed were also in ‘the trenches of motherhood’.

‘Also, I don’t know them, so I won’t assume they’re bad. No they’re not bad mothers, they’re just horrible horrible people,’ she said.

‘I won’t bore you with village talk, or how judgment is stupid. It’s been said to death. These b*****s just refuse the memo.

‘Even though we have all battled pregnancy, morning sickness, birth, the newborn days, the shame, the guilt and the judgement, there is zero compassion from some – replaced instead by cowardly projection.’ 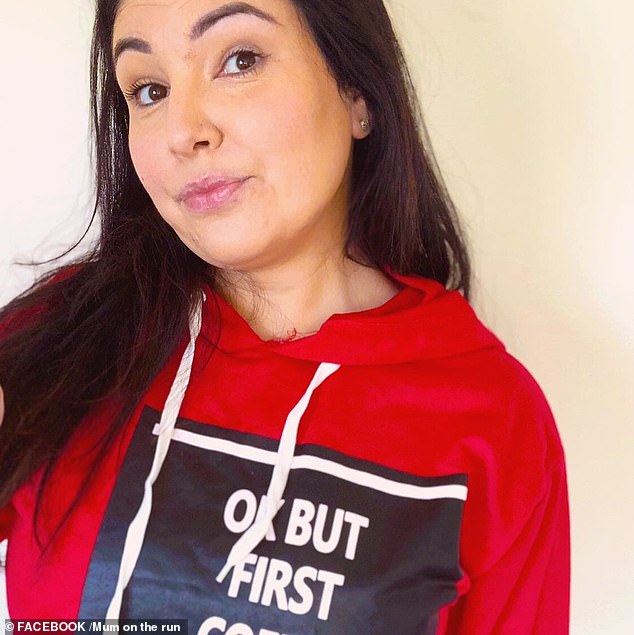 Laura revealed her problems with other mums and their judgement had also extended beyond her blog posts:

‘For example, today my son ran off in one direction, my daughter another,’ she said.

‘My son told me he was going to poop his pants and my daughter wanted to play with her friends.

She said she asked the other mums she was with to help her by keeping an eye on her daughter, warning them she could be a ‘bit wild’ and might not listen.

‘I was running off one of the mothers rolled her eyes and when she thought I was too far to hear she said, ‘just like her mum’,’ Laura said.

‘And they all laughed, like a pack of hyenas. The sh*t hyenas like in the Lion King.’ 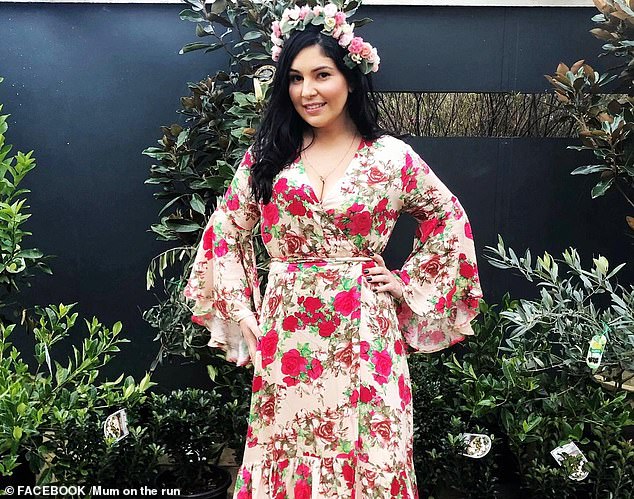 Holding her own: While Laura said it was horrible being judged, she didn’t allow this to stop her from speaking out against those attempting to tear her down

‘Unbeknownst to them when they were off judging others earlier, I helped one of their kids get unstuck from a wire fence who was crying her eyes out.

‘Without thinking anything of them.’

She said it was a bitter pill to swallow realising these women didn’t have her back ‘like I do for others in real life and when I post about my hardships and bad days via social media’.

‘Although most mothers support me, these b*****s through their insecurities and projection, rather see me fail. Because it makes them feel better.’

Laura said she was thrown by women who slammed her in person and online for having an opinion but not enough to feel she needed to back down and not call ‘them out on their sh*t’. 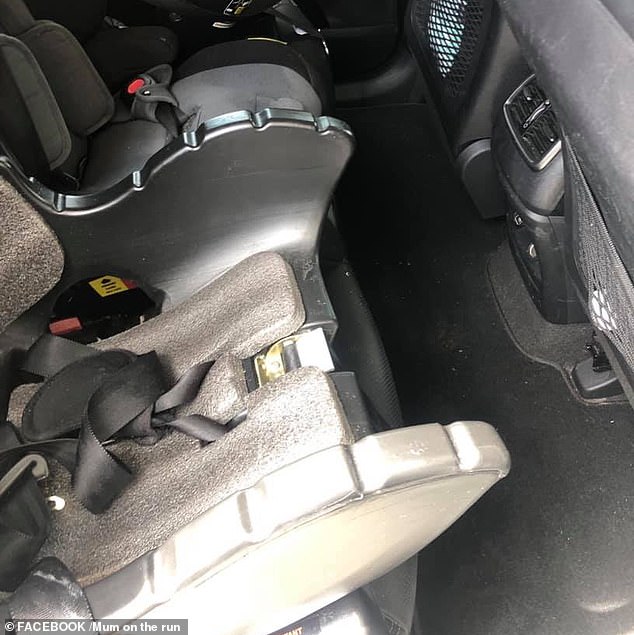 A few days after receiving an outpouring of hate over the state of her car, Laura shared another snap showing it in pristine condition

‘The sh*t they spew from behind screens or when we aren’t in earshot because they know that they’re a sh*tty person for saying it.

‘They know it. They do. Deep down inside of them, that’s why they’d never ever say it to our face.

‘I don’t need to justify what type of person or parent I am. I know.

But what I will brag about is that I refuse to model exclusion. I refuse for my kids to ever see me talk like that about another mother struggling

‘But what I will brag about is that I refuse to model exclusion. I refuse for my kids to ever see me talk like that about another mother struggling.’

She continued saying she had had experienced a fair share of adversity in life, something those trolling her online might never know:

‘I get constant messages abusing me in my inbox. But I wake up every day with a smile and I still offer kindness. I’ll always offer kindness,’ she said.

‘A smile, that’s who I am, ESPECIALLY TO ANOTHER MOTHER STRUGGLING and I’m proud of that… really f*****g proud. 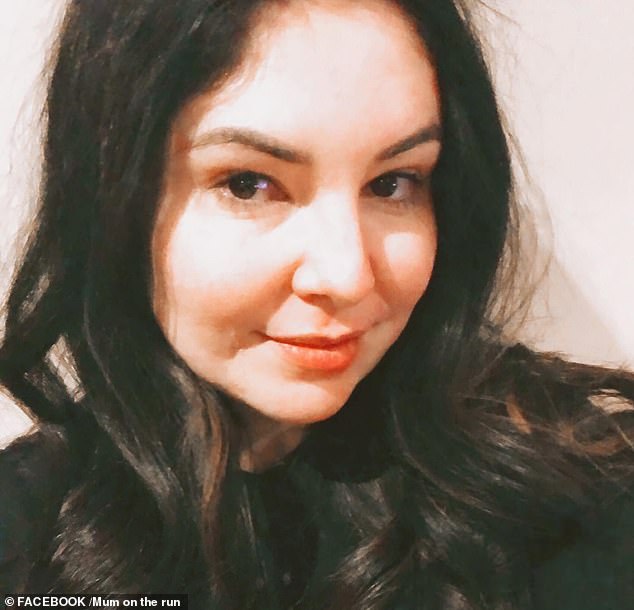 Laura openly admitted to her 243,000 fans she had overcome an extraordinary amount of adversity in her life

‘I want everyone to feel included and every time I meet a new mum who seems awkward I talk to her and tell her she’s fantastic because she f*****g is.’

While Laura admitted the comments hurt, she also said she was at peace with her parenting skills and how she was raising her children to be good people.

‘You my friends made this a defining moment for me and made me realise I am proud of the parent I am,’ she said.

‘Because while your kids push each other over and tell each other to go away, mine asks each other for hugs and ask the fallen children if they’re okay. 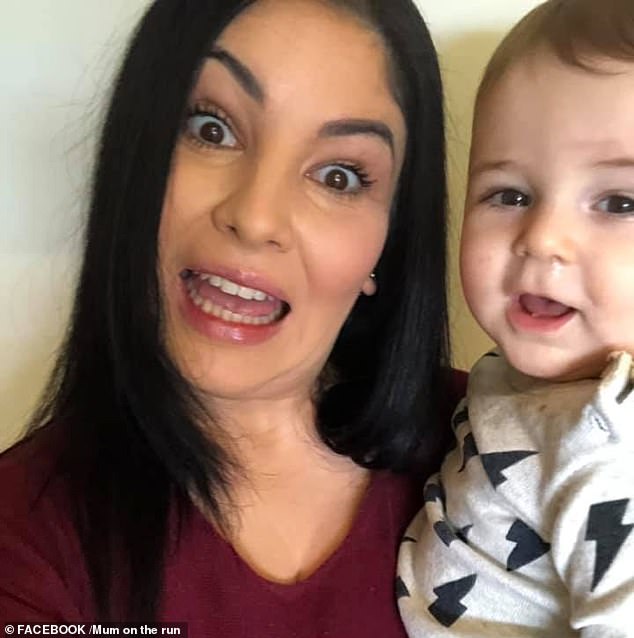 Laura said she appreciated a community that allowed her to be real and to show what life was like on ‘good days, bad days and all in-between’.

In closing, Laura told her 243,000 followers they were the people she loved to be around, women like her who had ‘good days and bad days and all in-between’.

‘[People] who are real and who care and who save their judgement and outrage for children being abused, instead of a mother whose car had some papers, a shoe and ice cream smeared on a seat.

‘And don’t let these other b*****s ever make you feel shame, not even once, because their opinion is as sh*t and as fake as their laughs.