Laura Muir clocked the fastest 1500m in the world this year at the Stockholm Diamond League on Sunday, leading the way on a day where four British athletes took top spot.

Less than a fortnight after breaking Kelly Holmes’ 1000m record, Muir maintained her form with a highly impressive 3:57.86. International team-mates Laura Weightman and Melissa Courtney-Bryant were second and third.

Muir’s training partner, Jemma Reekie, who was embarking on a breakthrough year prior to lockdown, won the 800m in a quick 1.59.68sec. Adam Gemili beat a modest field to take the 200m in 20.61sec, while Holly Bradshaw cleared 4.69m in winning the pole vault.

Meanwhile, Norwegian sprinter Karsten Warholm broke his own European record in the 400 metres hurdles at Sunday’s Diamond League event in Stockholm, clocking a time of 46.87 seconds that was just 0.09 seconds off the world record that has stood for 28 years.

The 24-year-old improved his previous best in the discipline by five hundredths of a second but clipped the final hurdle as he came up short of the world record of 46.78 set by American Kevin Young at the Barcelona Olympics in August 1992.

Warholm ended his day by coasting to victory in the 400m, setting a time of 45.05 on a blustery afternoon that made conditions difficult for many of the athletes on show. 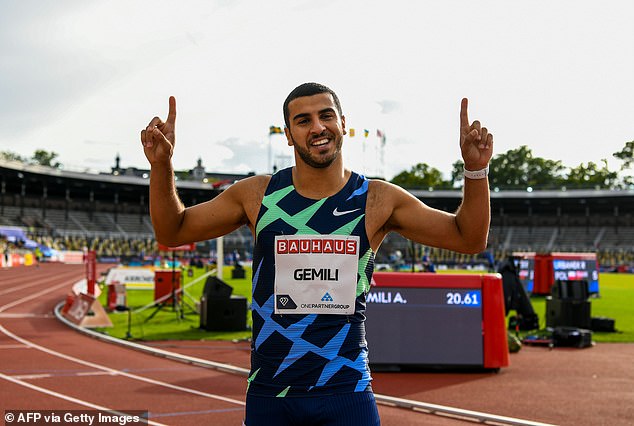 A quartet of British athletes topped the podium in Sweden, including Adam Gemili 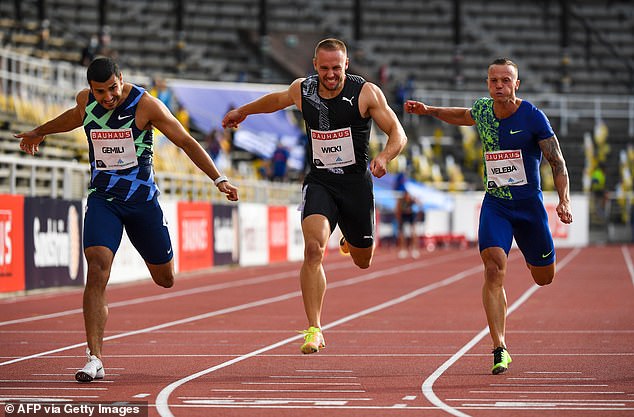 Despite Warholm’s best efforts, Kenya’s Timothy Cheruiyot put a stop to the Norwegian party in the Swedish capital by spurting away from Jakob Ingebrigtsen to win the men’s 1500m in 3:30.25, with Stewart McSweyn of Australia coming in third.

Home favourite and world record-holder Armand Duplantis destroyed the field in the pole vault, clearing 6.01 to win the competition by a margin of 28cm from Belgium’s Ben Brothers.

That jump set the season’s best time in the pole vault and broke both the competition record and the best mark achieved at Stockholm’s Olympic Stadium, which was built for the 1912 Games. Duplantis also had three unsuccessful attempts at 6.15.

Daniel Stahl added to home success by winning the discus with a throw of 69.17 metres, while compatriot Simon Pettersson set a personal best of 67.72 to grab second place.