Laura Muir continues stunning form as she clocks world best time of 3:57.40 to win the 1500m at ISTAF Berlin meet

Laura Muir’s stunning form continued on Sunday as she clocked a world-leading time to win the 1500m at the ISTAF Berlin meet.

The Scot crossed in 3:57.40 to claim her fifth straight win over the past three weeks. She was more than two seconds clear of her British team-mate Laura Weightman, whose 4:00.09 was a personal best.

Muir, who has now gone under four minutes in each of her past four runs at the distance, lowered her own world lead by 0.46sec.

Her performance in Germany means she holds the three fastest times for 1500m in the world in 2020, despite coming into the year with a calf problem, and she also ranks second for the 800m, behind training partner Jemma Reekie. 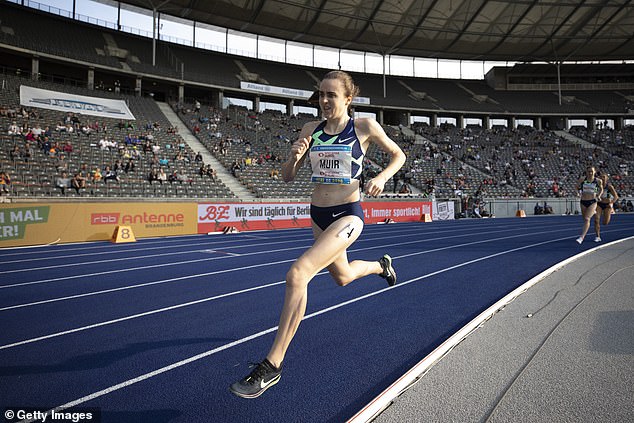 The Scot crossed in 3:57.40 to claim her fifth straight victory over the past three weeks