Celebrities from the worlds of TV and Radio were out in force as the TRIC Awards descended on London’s Grosvenor House on Tuesday.

Leading the glamorous displays was host of this year’s proceedings Lisa Snowdon, I’m a Celebrity star Georgia Toffolo and TV presenter Laura Whitmore, with all three stars choosing to keep it classy in monochromatic looks, which also showed off their svelte figures.

Dazzling on a red carpet that was also glittered with stars including Strictly’s Debbie McGee, The Great British Bake Off’s Prue Leith and former footballer Wayne Bridge, Lisa, 46, and Laura, 32, certainly pulled out the stops for the occasion.

Fashionista Laura put on an unusually busty display in a racy black frock which clung to every inch of her svelte figure.

The gorgeous design featured pretty scalloped detailing along its low-cut neckline and daring thigh-split, while her cleavage was visible beneath the revealing mesh fabric that ran across her decolletage.

The Survival of the Fittest host paired her monochromatic style with a quirky pink clutch bag and looked to have treated her trademark blonde tresses to a glamorous blow-dry. 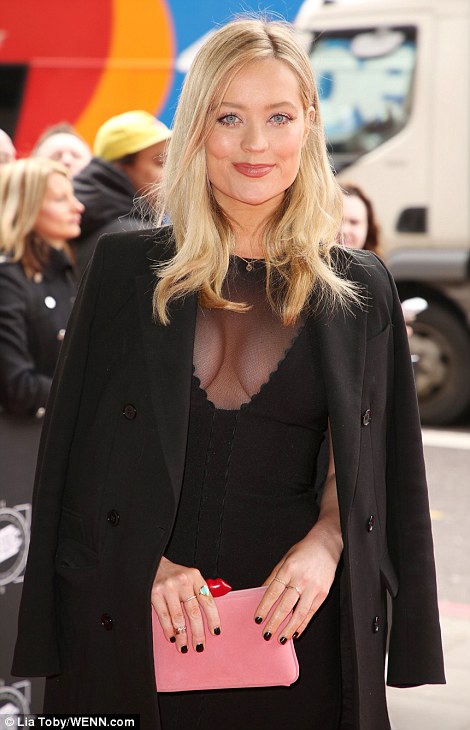 Peek-a-boob! Fashionista Laura put on an unusually busty display in a racy black frock which clung to every inch of her svelte figure

Meanwhile, Lisa showed off the results of her recent spray tan by offsetting her bronzed complexion with a white dress, which boasted a keyhole cutout at the cleavage and a flattering floaty hem.

The statuesque beauty gave herself some added height in patterned, perspex heels, while her reptile print, purple clutch bag gave her red carpet look a welcome pop of colour.

Her brunette tresses were styled into loose waves, though she chose to let her new tanned complexion do most of the leg work as she kept her make-up look dewy and light.

Georgia Toffolo broke away from the many dresses that ruled the red carpet, instead favouring a more tailored style in white flares and a one-shoulder top.

Like her fellow celebs, the I’m a Celebrity champion chose to incorporate colour into her style via her choice of handbag as she flashed her signature, beaming grin on the red carpet.

Other alluring fixtures at the event included Love Island’s Amber Davies, who flashed her toned torso in a velvet, red crop top and billowing striped trousers, and Mel Sykes. 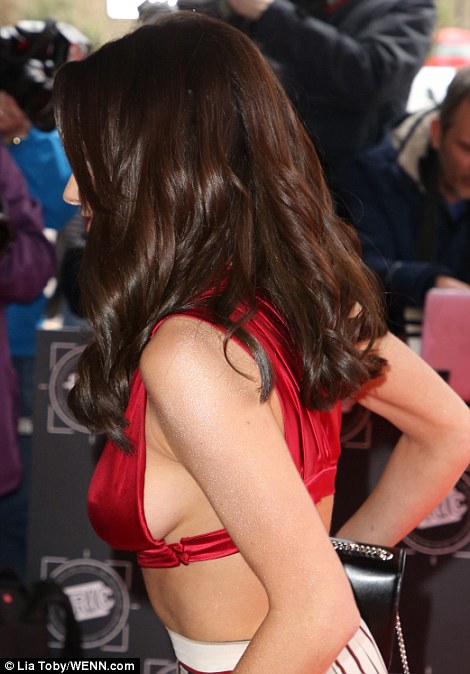 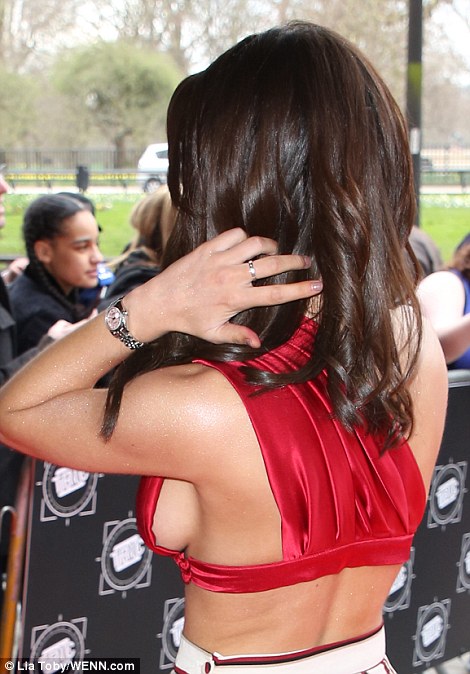 Dare to bare: The reality star’s cut-away top was arguably the raciest look of the lot as it flashed major sideboob

The 47-year-old fitness enthusiast ravished in a form-fitting black dress, which boasted a raunchy lingerie-inspired design across the torso.