Laurence Fox today urged his 230,000 Twitter followers to help get Land of Hope and Glory to number one in the UK charts – prompting the record to quickly shoot into the top 20.

Tweeting a version by national treasure Vera Lynn, the actor wrote: ‘Wouldn’t it be great if we could all come together to get Dame Vera Lynn’s version of “Land of Hope and Glory” number one in the charts?

‘Would the @BBC then have to play it? What a beautiful day that would be. Please share widely. RT #DefundTheBBC.’

The post was shared thousands of times and quickly propelled the 1994 remastered record up to number 13 on the Apple Music chart, above Watermelon Sugar by Harry Styles. WAP by Cardi B is currently top.

It came as the BBC was condemned across the political spectrum for its decision to drop the singing of the anthem, along with Rule Britannia, from the Last Night of the Proms on September 12.

MailOnline has launched a petition to the BBC’s Director General, Lord Hall, urging him to reverse the decision.

Fox earlier led calls for people to stop paying their licence fees over the BBC’s decision.

Meanwhile, Boris Johnson condemned the BBC for ‘wetness’ as both Conservative and Labour politicians united to attack the corporation.

Speaking on a visit to a Devon shipyard, the PM said he ‘could not believe’ the BBC’s decision to censor the much-loved anthems.

‘I think it’s time we stopped our cringing embarrassment about our history, about our traditions, and about our culture, and we stopped this general fight of self-recrimination and wetness. I wanted to get that off my chest.’

Meanwhile, Labour leader Sir Keir Starmer also weighed into the row, with a Labour spokesman saying the Proms was a ‘staple of the British summer’ and enjoying patriotic songs ‘was not a barrier to examining our past and learning lessons from it’.

BBC director-general Lord Hall said he backed the decision over the Proms. He told the BBC’s media editor Amol Rajan: ‘They’ve come to the right conclusion.’

Asked whether there had been a discussion about dropping songs because of their association with Britain’s imperial history, Lord Hall said: ‘The whole thing has been discussed by David (Pickard, the director) and his colleagues of course it has.’ 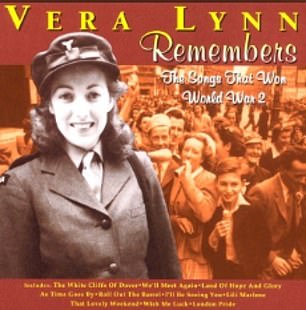 The remastered 1994 record that Fox is trying to promote

The national broadcaster initially considered dropping the patriotic songs after criticism of their supposed links to slavery and colonialism, but after a huge row bosses rowed back and announced they would be played instead, but not sung.

North West Durham MP Richard Holden wrote: ‘Another stupid move from the BBC. Just let the people sing! At every turn the BBC just dig the hole they’re in a bit deeper. They need to stop with this attempt to appease the woke morons.’

Others mocked the corporation for its suggestion that singing the songs would be too risky due to the Covid pandemic, noting that the National Anthem will still be sung by a lone voice on the evening of September 12.

Meanwhile, Nigel Farage and former Labour MP Kate Hoey called for the BBC to be ‘defunded’. 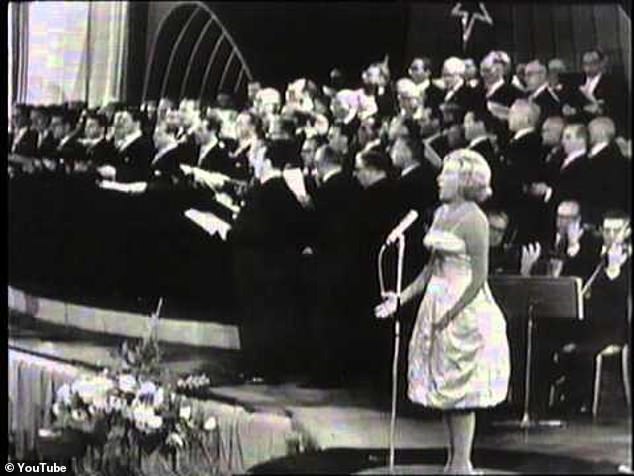