The family of a Florida man killed by a sheriff’s deputy are ‘heartbroken’ after having been awarded just four cents by a federal jury.

The jury awarded Hill’s relatives $4 in damages, which was reduced to just four cents when that total was multiplied by .01 because of the one percent finding of liability on the part of the Sheriff’s office by the jury.

‘That a black child’s pain is only worth a dollar is exactly the problem with the plight of the African-American right now. This says, black lives don’t matter,’ John Bryant, attorney for Hill’s family, told CNN.

A GoFundMe campaign has been started for Hill’s three children, ages 13, 10, and 7.

The family of Gregory Hill Jr (second from right(, 30, who was killed by a Florida sheriff’s deputy in his garage in January 2014, has been awarded four cents by a federal jury, based on the jury finding Hill 99 percent to blame

The jury award was broken down to $1 for Hill’s mother, Viola Bryant, for funeral expenses and $1 to each of Hill’s three children. The $1 for each of his children was intended to compensate them for loss of parental companionship, instruction, guidance, mental pain and suffering.

Phillips went on to call the ruling ‘perplexing’ given that funeral expenses alone cost the family $11,000, and wondered why the jury would award any amount at all if it were only going to award one dollar for each child’s suffering.

Deputy Christopher Newman was found not liable, and St Lucie County Sheriff Ken Mascara was found negligent as named in his official capacity, but was only found to be one percent liable. 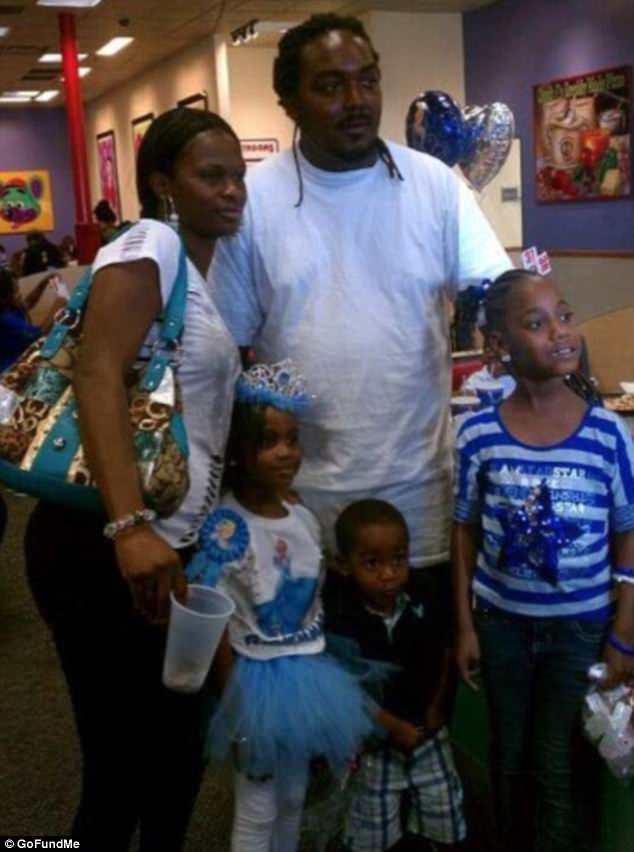 Mascara said in a statement, ‘We are pleased to see this difficult and tragic incident come to a conclusion,’ and expressed his support for Newman’s actions.

‘Deputy Newman was placed in a very difficult situation, and like so many fellow law enforcement officers must do every day, he made the best decision he could for the safety of his partner, himself, and the public given the circumstances he faced,’ Mascara said. ‘We appreciate the jury’s time and understanding and wish everyone involved in this case the best as they move forward.’

Hill was killed when Deputy Christopher Newman and his partner Deputy Edward Lopez responded to a noise complaint on January 14, 2014. 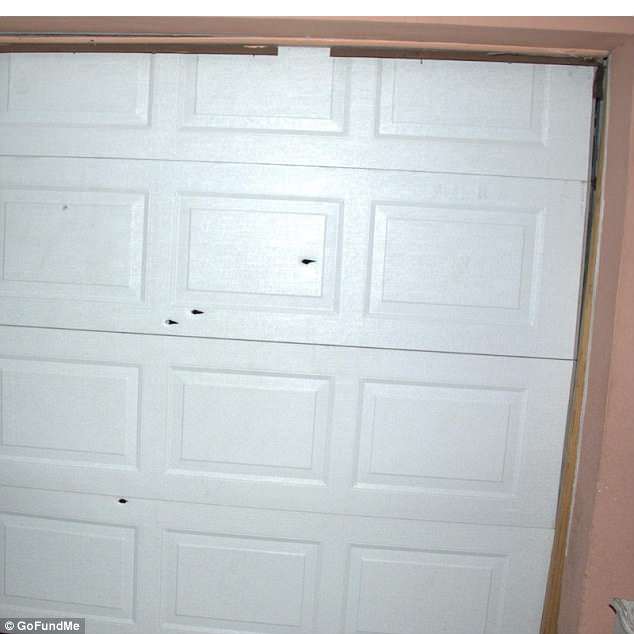 Hill was shot through his garage door on January 14, 2014, after police responded to a noise complaint from a woman picking up her children from the school across the street 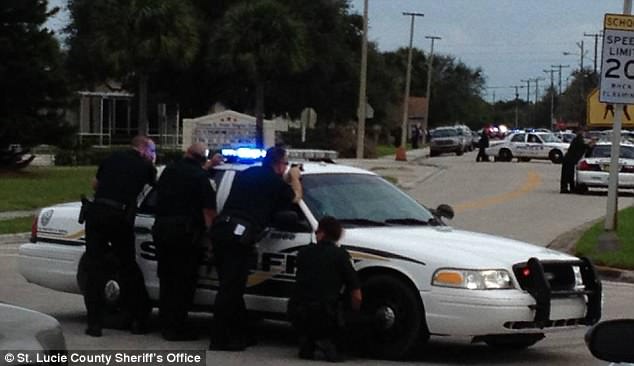 Hill was reportedly playing loud music from inside his closed garage that contained expletives, including the n-word, and a woman picking up her child from the school across the street called the police.

When the door started back down, Newman fired, killing Hill. An unloaded gun was found in Hill’s pocket.

The lawsuit was filed by Hill’s mother in 2016 on the second anniversary of Hill’s death.

The complaint was filed against Newman and Mascara, alleging wrongful death, negligence, excessive force and violations of Hill’s 14th and 15th Amendment rights.

The GoFundMe campaign created for Hill’s children said the following:

‘This gofundme is designed to pick up where the jury left off and provide for Hill’s children. All funds will be turned over to the family attorney for proper safekeeping. Gregory Hill left behind three small children, ages 13, 10 and 7.’

Testimony showed Hill was playing Drake’s ‘All Me,’ from his garage. 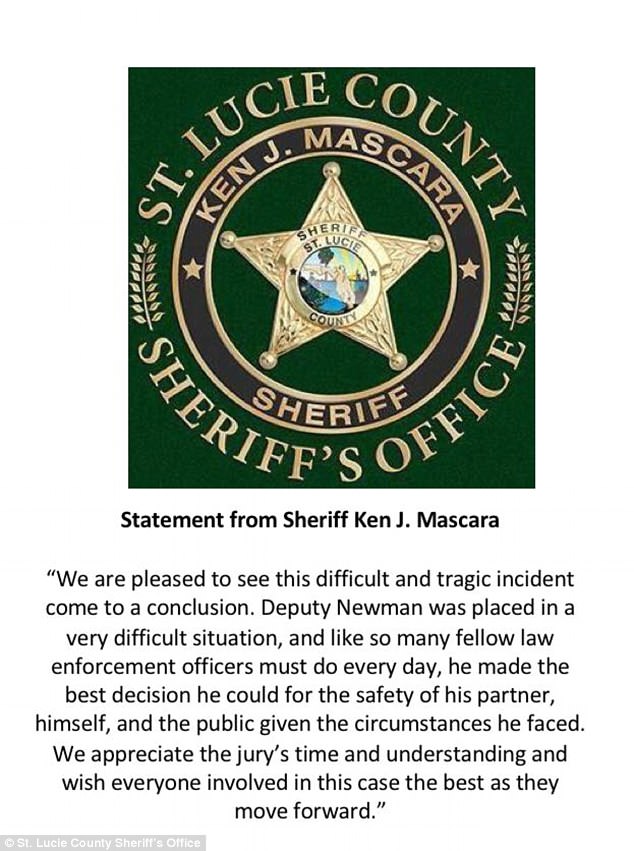 St Lucie County Sheriff Ken Mascara said in a statement, ‘We are pleased to see this difficult and tragic incident come to a conclusion,’ and expressed his support for Newman’s actions