Phil Shiner, owner of the now defunct Public Interest Lawyers (PIL), attempted to dodge a £7million bill by gifting his house, two guitars, artwork and a pile of cash

A solicitor struck off for hounding soldiers tried to cheat his creditors by secretly handing over his assets to his family, officials have revealed.

Phil Shiner, owner of the now defunct Public Interest Lawyers (PIL), attempted to dodge a £7million bill by gifting his house, two guitars, artwork and a pile of cash.

But the Government’s Insolvency Service said last night it had managed to recover nearly £500,000 and is now selling the former solicitor’s home.

In an attack on Mr Shiner’s ‘unacceptable behaviour’, it said he ‘undertook bogus damage claims’ against the Ministry of Defence and former soldiers that alleged ‘fictitious murder and torture incidents’.

He was struck off as a solicitor last year after a disciplinary tribunal that he failed to attend and has been left with a huge bill owed to the taxpayer, the solicitors’ watchdog and others.

Justin Dionne, official receiver for the Insolvency Service, said the lawyer was caught out after moving his money and assets around before he declared himself bankrupt.

He added: ‘Mr Shiner thought he could be clever by giving away his assets to his family members so that when he declared himself bankrupt there wasn’t anything to pay his creditors with.

‘Sadly, he was mistaken as all his activities were easily spotted and we have since been able to recover a substantial amount of money, even if it was in his family’s name.

‘Mr Shiner’s activities should serve as a lesson and act as a deterrent to him and others from acting in the same way.’

Mr Shiner, 61, once named solicitor of the year, was found guilty of professional misconduct in February last year for his role in drumming up cases against troops.

The human rights lawyer, who made his name suing the Government at the taxpayer’s expense, was found to have been repeatedly dishonest in falsely accusing soldiers of war crimes. 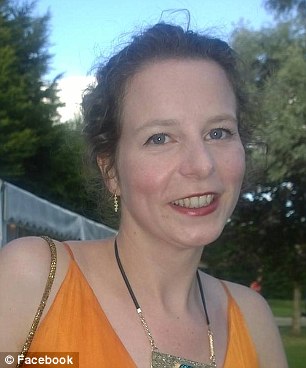 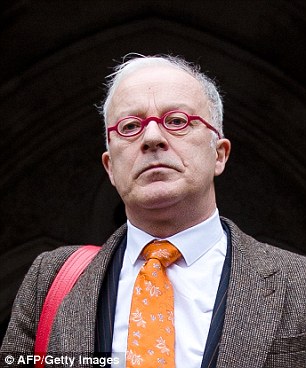 Mr Shiner (right), 61, once named solicitor of the year, was found guilty of professional misconduct in February last year. He transferred assets to his daughter Bethany (left), 29

He said last night: ‘However much [Mr Shiner] tries to cheat his creditors, he will always owe a much bigger debt to the hundreds of British troops whose reputation he besmirched. We were right to have him struck off. We should now get out of the human rights court that enabled him to bring his false allegations.’

Former Sergeant Brian Wood, who was handed a Military Cross for courage under fire in Iraq and who was falsely accused of wrongdoing by Mr Shiner’s firm, said: ‘Phil Shiner is corrupted to the core. I’m happy the Insolvency Service pursued him like he did us for so many years.’

In March last year, a month after he was struck off as a solicitor, Mr Shiner petitioned for his bankruptcy and declared he had no money to pay his creditors after the closure of his law practice. But in the six months leading up to this, he ‘made a series of transactions to rid himself of his assets by gifting them to family members and to PIL’, the Insolvency Service said in a statement.

He started off by selling a commercial property for £245,000, which he paid to his firm. 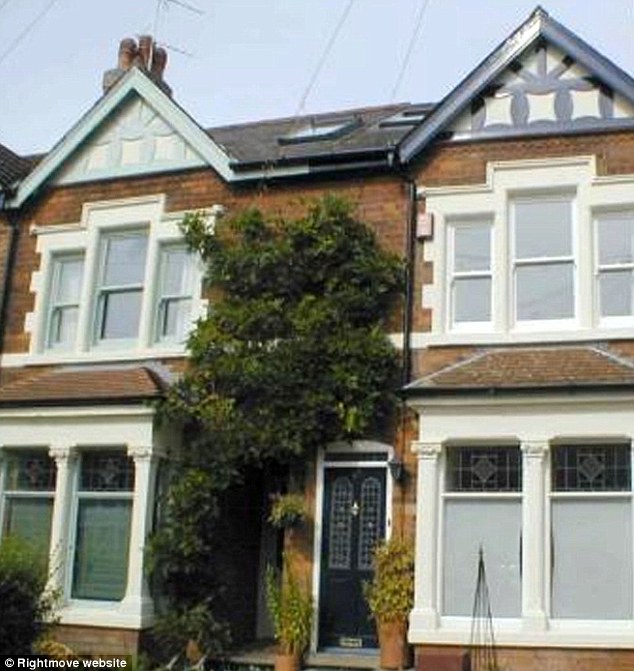 The £300,000 house, which had no mortgage, which Phil Shiner transferred into his daughter’s names

First pride, then a fall from grace

He once boasted that he had not ‘accepted a single case that turned out to be a try-on’.

But in a spectacular fall from grace, human rights lawyer Phil Shiner, 61, was struck off the roll of solicitors last February for a string of misconduct charges.

The father of five set up his Birmingham firm Public Interest Lawyers (PIL) in 1999 and led it until it was closed down in August 2016.

In 2007, at the height of his career, he was named the Law Society’s solicitor of the year.

He continued to make his name by suing the Government at the taxpayer’s expense. His firm handed over hundreds of allegations of criminality by British troops in Iraq, many of which have been thrown out.

The beginnings of his downfall were marked by a news conference in February 2008 that paved the way for the £25million Al-Sweady inquiry. Mr Shiner alleged that the Army had unlawfully killed, tortured and mistreated innocent Iraqi civilians during a clash known as the ‘Battle of Danny Boy’ in 2004.

But in December 2014 the judge leading the public inquiry concluded the allegations were ‘wholly and entirely without merit’.

The Ministry of Defence then passed a damning dossier on PIL to the Solicitors’ Regulation Authority (SRA), which started an investigation.

In April 2016 the SRA concluded its inquiry and Mr Shiner was referred to a disciplinary tribunal over ‘serious allegations of professional misconduct’.

In August that year, his legal aid was pulled by the Government, forcing him to shut down his firm. In February 2017 he was struck off after being found guilty of professional misconduct.

He then transferred ownership of his £300,000 house, which had no mortgage, along with two guitars he valued at £3,500 and artwork, to a family trust in December 2016. The terms of the trust allowed Mr Shiner to remain living in the property despite not owning it, officials said.

In January last year – the same month Mr Shiner failed to turn up to his disciplinary hearing because of ill-health – he sold a second commercial property for £305,000, again paying the proceeds to his firm.

He then transferred £94,908 from his firm’s accounts into a personal pension fund and a further £74,485 was put in a trust account ‘to help maintain his family’, the Insolvency Service said. It added: ‘The remainder was allegedly used to pay creditors owed money by Public Interest Lawyers.’

It is believed some of the assets were transferred to Mr Shiner’s daughters Leisha, 27, and Bethany, 29, who both worked for his Birmingham-based firm.

However, the Insolvency Service said that ‘unfortunately for Mr Shiner’ the official receiver was ‘able to spot these activities’ and has recovered £483,538. It is now selling his home.

As a result, the Insolvency Service, which investigates and enforces bankruptcies, extended the bankruptcy restrictions on him from 12 months to six years.

This in effect puts financial shackles on Mr Shiner until 2024, meaning he will have to declare the bankruptcy in any attempt to get credit over £500.

He is also barred from running a company while bankrupt.

The Solicitors’ Regulation Authority (SRA), the Legal Aid Agency (LAA) and the Ministry of Defence are all believed to be creditors seeking to recoup money from Mr Shiner.

The LAA paid PIL £3million over the course of a decade, and previously said it would take steps to recover any public money obtained ‘inappropriately’. Around £750,000 is owed to the SRA in costs after it successfully brought proceedings against Mr Shiner.

Defence Secretary Gavin Williamson has pledged an extra £20million to pay for the hotline and other support services over the next decade.