Mr Dawson passed away peacefully, surrounded by his family, almost eight years to the day after his sister was killed in the Sydney city centre shoot out on December 16, 2014.

The acclaimed defamation lawyer – who has represented Erin Molan, Ray Hadley and Emma Husar – has been remembered fondly by his colleagues after news of his death emerged on Monday. 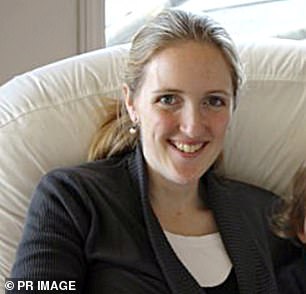 Mr Dawson passed away peacefully, surrounded by his family, almost eight years to the day his sister was killed in the Sydney city centre shoot out on December 16, 2014

‘Sandy holds a special place in the hearts and consciousness of the NSW Bar,’ said NSW Bar President Gabrielle Bashir.

‘His exceptional talent, breadth of knowledge, practical and tactical genius, and legendary wit and sense of humour all marked Sandy out as a great leader of our profession.

‘Sandy was a barrister of impeccable integrity who was absolutely committed to his duty to the court and his clients.

‘He was a brilliant and engaging advocate whose thorough preparation and formidable cross-examination skills were unrivalled.’

Mr Dawson’s family were devastated when his sister was caught in the tragic Martin Place siege in Sydney’s CBD in 2014.

Katrina Dawson, 39, who was also a barrister, was among the hostages being held by ISIS sympathiser Man Haron Monis during his 16-hour standoff with police.

She was caught in the crossfire and suffered at least seven bullet wounds when police stormed the cafe in the early hours of the morning.

Police launched the operation after Monis killed cafe manager Tori Johnson and in the ensuing gunfire, Ms Dawson was fatally shot by the the armed police.

She was found alive, peppered with fragments of police-issue bullets, facedown in the corner under chairs and table, but medics were unable to save her. 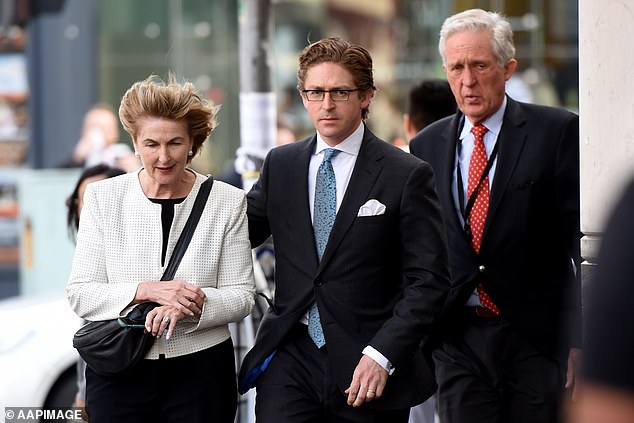 ‘Sandy faced his final battle with cancer with his customary grit, fierce determination and devotion to those he loved,’ added Ms Bashir.

‘The profession will never forget Sandy’s fortitude and resilience during the Lindt siege, following Katrina’s death and at the lengthy inquest, all excruciating in turn.

‘Sandy’s return to practice exemplified his courage and dedication to the profession.’

Mr Dawson was called to the bar in 2003 and was one of the founders of Banco Chambers before he was appointed senior counsel in 2016.

He was renowned for his razor-sharp wit and intellect, and his fearsome cross-examination in the courtroom.

He specialised in media defamation lawsuits and acted for Fairfax, ABC and Channel 7 as well as Nine against Victoria Cross winner Ben Roberts Smith. 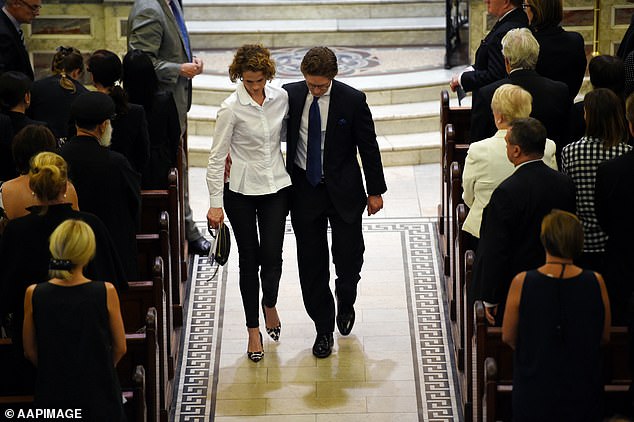 Sandy Dawson (pictured at the service of remembrance for those killed in the Lindt Cafe siege) is survived by his wife and children, with his family requesting no flowers but suggesting donations to Cure Brain Cancer Foundation instead

Ms Bashir added: ‘Sandy was born to be a barrister. He loved the practice of advocacy and was a master of our craft.

‘He was a true gentleman with the sharpest of intellect. He was an extraordinary friend to many in the profession.

‘Many of us will have enduring memories of having to control bursts of laughter following a whispered quip from Sandy at the bar table, his entertaining stories on return to chambers, or being witness to one of his hilarious impersonations.’

Mr Dawson is survived by his wife and children, with his family requesting no flowers but suggest donations to Cure Brain Cancer Foundation instead.