Lawyer who represented Ben McCormack hits back at trolls

The lawyer representing ‘proud pedo’ and disgraced former television reporter Ben McCormack has hit back at trolls who have harassed the attorney online.

Lawyer Sam Macedone took to Twitter to respond to those who have criticised him for defending McCormack.

‘I’m a lawyer and I represent people who commit crimes,’ he wrote.

‘I don’t get them off. Just get them treated fairly but within the law. Fair enough?’

Ben McCormack (right) and his lawyer, Sam Macedone, at court after McCormack entered his shock guilty plea on Tuesday

Mr Macedone said he made the tweets because he felt ‘many people seem to forget what lawyers do’.

‘We do not judge we make submissions.’

The tweets didn’t completely shut the critics up, with some responding to Mr Macedone by further trolling him.

He told news.com.au he has received hate-filled ‘toxic’ emails as a result of his work for McCormack.

Other trolls called him a ‘scumbag’ and one said ‘I’m going to dance on your grave when you die’. 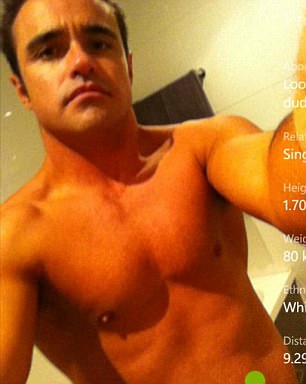 Police sprung the A Current Affair journalist Ben McCormack after they found references to the flagship Nine program in one of his vile Skype conversations.

Investigators pieced together the identity of the self-described ‘Proud Ped’ when his chat partner made references to ‘Ben’ and his ACA connections.

McCormack, 43, pleaded guilty to two charges of transmitting, producing or publishing child pornography material via a carriage service on Tuesday.

An agreed statement of facts shown to a Sydney court revealed details of the crucial conversation which led police to the true identity of ‘oz4skinboi’.

‘In one of the chats, the male referred to the accused as ‘Ben’,’ the court facts said.

‘(He) also makes references to the fact that ‘oz4skinboi’ has an affiliation with the 9 Network Program, A Current Affair.’

A transcript of one of McCormack’s conversations with the unknown man, as contained in the court documents (digital mock-up)

Police raided the program’s offices and McCormack’s Alexandria home on April 6. McCormack was pulled over at Moore Park, in Sydney’s east, the same day.

The identity of the man McCormack shared his perverted fantasies with was not revealed in court papers.

McCormack’s chat partner named one mystery man, ‘Lee’, during their fantasising – but the identity of the person he was referring to was unclear.

‘We shud meet up with Lee and his nephew mmmm, make love to him,’ the man said.

In May, the West Australian newspaper reported that arrest led police to phone and website records, as well as other Australians, including school teachers and McCormack. 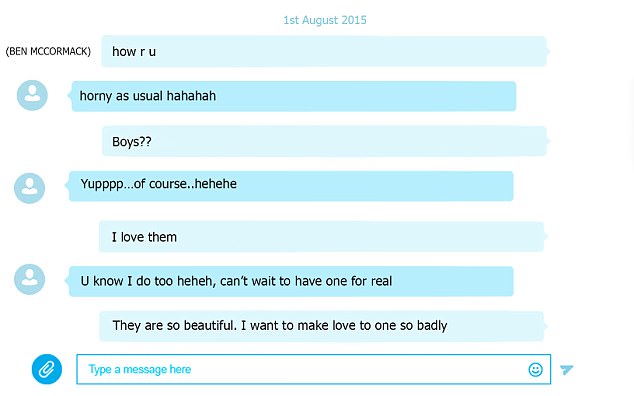 One of the conversations between the pair, as outlined in an agreed statement of facts 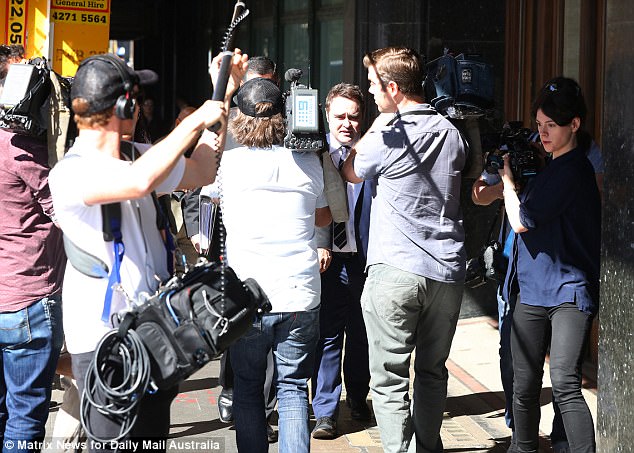 In the eye of the media storm: McCormack wades through journalists at the Downing Centre Court in Sydney this week

He also said there were ‘never’ images of child exploitation exchanged.

He was suspended from his role at North Bondi Surf Life Saving Club after charges were laid.

Members are automatically expelled when they are convicted of serious criminal offences. McCormack has been committed to the District Court for a sentencing date.