Lawyers for Johnny Depp have told the Court of Appeal he ‘did not receive a fair trial,’ and say the ruling that he assaulted Amber Heard and left her fearing for her life is ‘plainly wrong’.

The Pirates of the Caribbean actor, 57, sued The Sun’s publishers, News Group Newspapers, for libel over a 2018 column by its executive editor Dan Wootton which branded him a ‘wife beater’.

After weeks of evidence, which saw both Depp and Heard testify at the High Court, Mr Justice Nichol dismissed Depp’s claim, finding NGN had proved the article’s contents to be ‘substantially true’.

But, in documents filed with the Court of Appeal, Mr Depp’s lawyers claim Mr Justice Nicol’s ruling was ‘manifestly unsafe’ and say they will ask the court to ‘set aside the judgment and order a new trial’.

His barrister also argued the judge ‘uncritically accepted at the outset that Ms Heard must have been correct in her allegations’ and ‘discounted evidence to the contrary’.

Mr Depp’s barrister David Sherborne said the judge ‘just accepted everything Ms Heard said, however implausible and however inconsistent with the documents.’

Lawyers for Johnny Depp (pictured outside the High Court in July) have launched an appeal after a judge dismissed his claim against The Sun’s publishers after a column called him a ‘wife beater’ and referred to ‘overwhelming evidence,’ that he attacked Amber Heard, 34, during their relationship

His legal team claim Mr Justice Nicol ‘failed to undertake any, or an adequate analysis, of Ms Heard’s shifting account, despite the importance of consistency as a consideration of a witness’s testimony’.

In written submissions to the Court of Appeal, Mr Depp’s barrister David Sherborne said Mr Justice Nicol ‘concluded that the appellant was guilty of serious physical assaults without taking account of or even acknowledging that Ms Heard had been untruthful in her evidence, without testing her account against the documentary evidence and the evidence of other witnesses, and without making any findings that he disbelieved those witnesses’.

Mr Sherborne added: ‘His uncritical acceptance of her account of events is manifestly unsafe.’ 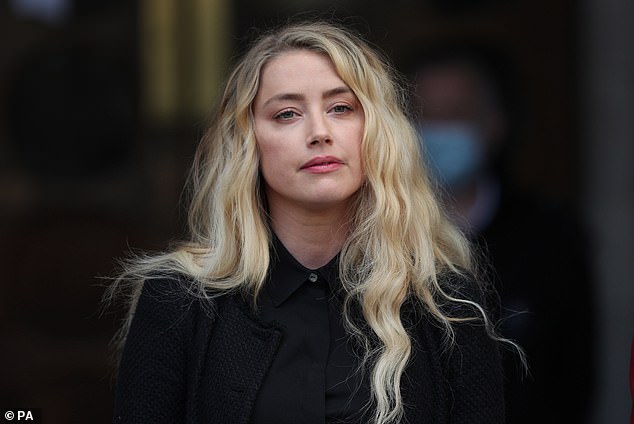 The judge found that Mr Depp assaulted Ms Heard on a dozen occasions and put her in ‘fear for her life’ on three occasions, including one the actress described as a ‘three-day hostage situation’ in Australia in March 2015. Appealing the decision, Depp’s lawyers warned Mr Justice Nichol’s ‘uncritical acceptance of Heard’s account of events is manifestly unsafe’

The barrister also argued: ‘The conclusion which flows from an overall assessment of the judgment is that (Mr Justice Nicol) decided to find for the ‘victim’ but failed to provide the necessary analysis to explain or justify that conclusion.

‘Also he excluded relevant evidence from his consideration, ignored or dismissed as irrelevant matters that substantially undermined Ms Heard, made findings unsupported by the evidence, and failed to assess whether her allegations could withstand proper scrutiny.

‘The judge failed to properly assess her credibility by reference to documentary evidence, photographs, recordings or otherwise.’

Mr Sherborne concluded: ‘This was a very public judgment, reached by a single judge, making devastating findings of extremely serious criminal offences having been committed, and where this has had wider ranging implications for the public at large, particularly victims, or those wrongly accused, of alleged domestic abuse.

‘It is important that in such circumstances, and especially where the flaws in this judgment are so many and so fundamental as to warrant a proper review, that there is an effective appeal process.’

In his judgment, Mr Justice Nicol concluded that 12 of the 14 alleged incidents of domestic violence relied on by NGN did occur.

The judge found that Mr Depp assaulted Ms Heard on a dozen occasions and put her in ‘fear for her life’ on three occasions, including one the actress described as a ‘three-day hostage situation’ in Australia in March 2015.

Mr Justice Nicol found Ms Heard was also in fear for her life during incidents on the Eastern and Oriental Express in South East Asia in August 2015 and again in Los Angeles in December of the same year. 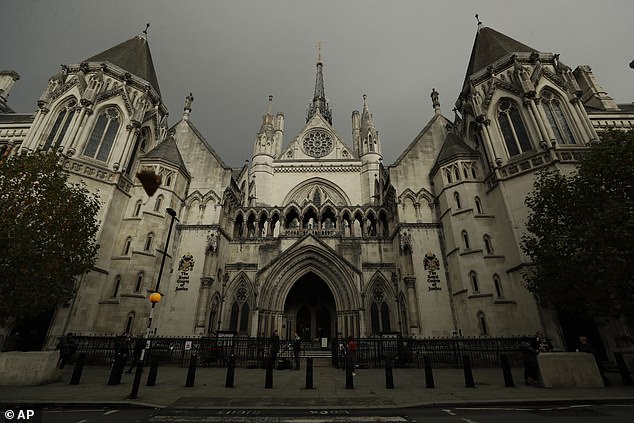 In his judgment, Mr Justice Nicol concluded that 12 of the 14 alleged incidents of domestic violence relied on by NGN did occur. The judge said he did not accept the ‘characterisation’ of Ms Heard as a ‘gold differ,’ who who had constructed a ‘hoax’

The judge said ‘a recurring theme in Mr Depp’s evidence was that Ms Heard had constructed a hoax and that she had done this as an ‘insurance policy’, and that Ms Heard was a ‘gold-digger’.

But he added: ‘I do not accept this characterisation of Ms Heard.’

But Mr Depp’s legal team claim Mr Justice Nicol ‘failed to examine the competing accounts of each incident, or to explain whether he found them proved and, if so, on what basis’.

They also argue that ‘the judge should have analysed the extent to which Ms Heard’s evidence undermined her credibility in relation to her allegations of physical assault/injury’.

Mr Depp announced just days after the ruling that he was asked by Warner Brothers to resign from his role in the Harry Potter spin-off franchise Fantastic Beasts, the very role which prompted Mr Wootton’s 2018 column, asking how JK Rowling could be ‘genuinely happy’ Mr Depp was cast in the film.

In that statement, he said: ‘The surreal judgment of the court in the UK will not change my fight to tell the truth and I confirm that I plan to appeal.’

Mr Depp is currently embroiled in a separate libel battle in the US, having sued Ms Heard personally over a 2018 Washington Post opinion piece in which she claimed to be a victim of domestic abuse.