Unfair dismissal scandals have hit the headlines this year with many instances of workers being tricked, exploited or sacked.

Employees who are fired are often upset and unsure if they can take action to save their jobs or get compensation – especially if they are casuals or contract workers.

Daily Mail Australia has spoken to top legal experts about what you can and can’t be sacked for, and what you should do if you find yourself marched out the door.

IF YOUR JOB IS AT RISK: SAVE IT BEFORE YOU LOSE IT

You can take action to save your job before the hammer falls.

Slater and Gordon head of employment law Geoff Borenstein said workers who think they might be at risk should take detailed notes of every meeting with their boss.

‘This will make it easier to recall evidence at any hearing into the termination,’ he said.

If you receive any warnings at work, be sure to write a detailed and clear response at the time you receive it – and keep a copy.

‘This records (the worker’s) account of the circumstances surrounding the warning and can be relied upon at any unfair dismissal proceedings should that be required.’

Preventing a dismissal before it occurs is the best outcome, so Mr Borenstein recommends calling your union or a lawyer as soon as possible.

WHAT YOU CAN’T GET SACKED FOR

Many people have misconceptions on what they can and can’t get dismissed for.

Maurice Blackburn employment law principal Giri Sivaraman said some people think they can be sacked for joining a union.

Some employees think they can be dismissed for making a complaint at work, but this is illegal.

It can be difficult to workers to prove that their dismissal was because of their complaint.

It is relatively easy for employers to hide the true reason for their dismissal, and complaints may be described instead as ‘conflict’ or ‘bad attitude’. 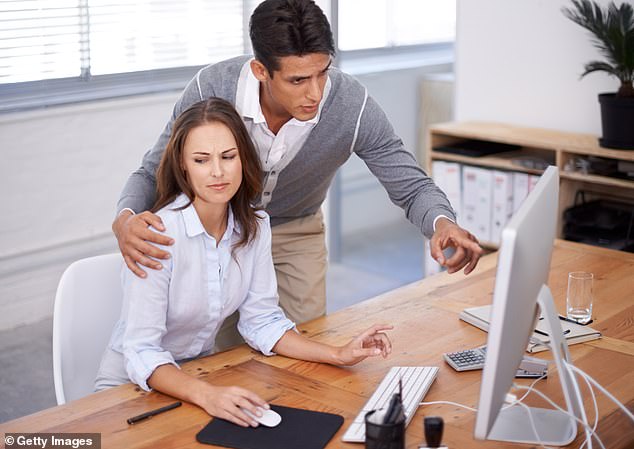 RMIT University law lecturer Elizabeth Shi wrote in The Conversation that it is important for employees to safeguard themselves by formalising their complaints.

If working for a large company, raise it through the human resources department. If for small business, documentation is critical, such as by organising a formal meeting and taking a union representative as a support person.

What to do if you’ve been sacked:

– Act fast. Applications for unfair dismissal must be lodged within 21 days of your last day of work

Before you leave the office:

– Call your union, they will often be able to provide timely advice

– Learn about making an unfair dismissal application in this video

Some workers think they can’t take leave without pay or that their employer can stop them taking annual leave, but this is not true, Mr Sivaraman said.

You cannot be sacked for taking unpaid leave or annual leave.

Slater and Gordon’s Geoff Borenstein said employees may think they can be sacked when they can’t perform some duties because of illness, injury or a disability.

‘This is not the case. Employers are under an obligation to make reasonable adjustments for people with an illness, injury or disability,’ he said.

Employees can expect their job requirements to be reviewed and adjusted, including flexibility in work hours and more regular breaks for people with chronic pain or fatigue.

Refusing to become a contractor

The Fair Work Ombudsman has warned that some employers have threatened to fire workers if they refuse to become a contractor instead, but this is considered ‘sham contracting’.

The Ombudsman’s office said it is cracking down on sham contracting and has information on its website  if this has happened to you.

WHAT YOU CAN GET SACKED FOR

Workers can be dismissed for poor performance, but the reasons have to be valid.

To see if the reasons are valid, the Fair Work Commission would look at the context, Mr Borenstein said.

For example, if a person failed to meet a sales target or their budget, then the commission would not just accept the figures, they would look at whether it was a reasonable expectation under the circumstances, he said.

Your employer also has an obligation to provide you with clear warnings, training and the chance to improve.

Mr Borenstein said a common misconception was that an employee can be sacked after three warnings – but this is not necessarily true.

‘It’s a common myth that it’s three strikes and you’re out,’ he said.

‘An employee can still bring an unfair dismissal claim, and if they prove that the basis for the warnings were harsh, unjust or unreasonable, they can be successful.’

Theft, fraud, drunkenness at work, refusal to carry out fair instructions, fighting or assault at work are viewed as serious misconduct and you can be sacked for it.

However, Maurice Blackburn’s Giri Sivaraman said there is a fairly high bar to prove serious misconduct. 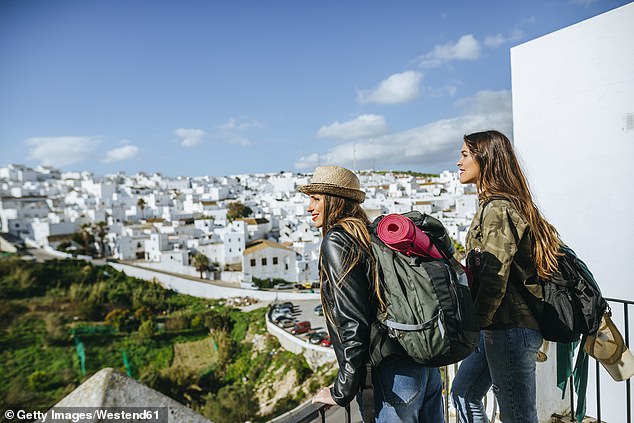 You can’t get sacked for taking unpaid leave, and your employer can’t stop you taking annual leave, either (stock image)

‘They can’t make a claim without backing it up or showing a reason for it,’ he said.

Allegations of serious misconduct must be put to you in a meeting where you have the chance to bring a support person and provide your side of the story.

If there has been a restructure or a downturn, and your job is no longer needed, your employer may be able to offer redundancy – but it must be genuine.

‘The requirements have to be followed.’

Employers have to show they have consulted the award and the enterprise bargaining agreement, and that the person couldn’t be redeployed somewhere else.

Workers are entitled to procedural fairness.

‘How you take steps to dismiss someone is as important as dismissing them, and the law reflects that,’ Mr Sivaraman said. 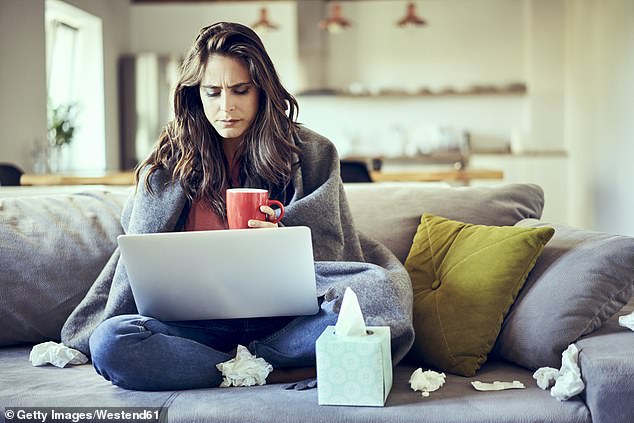 You cannot be sacked because injury, illness or disability makes you unable to perform some of your duties. Your employer has an obligation to help you work around it

‘Even if the reason was valid, a denial of procedural fairness can mean the dismissal was unfair.’

Workers must be told about the reason they might be dismissed and given a chance to respond.

If there was an investigation, they must be allowed to properly participate in it.

If there was a meeting to discuss their dismissal, they must be able to bring a support person.

‘If any of these things have been denied then it may well be that your dismissal is unfair and you should certainly be seeking advice,’ he said.

As of 2016 there were just under 2.5 million casual employees, making up 25 percent of the workforce, according to figures from a 2018 federal parliament research paper.

Many of them don’t know they can claim unfair dismissal if they are sacked unfairly.

‘Casuals think they have no rights but they can challenge if they’ve been working regularly for more than a year,’ Mr Sivaraman said.

Casuals who have worked regular shifts and had reason to expect the shifts to continue can sue for unfair dismissal if it was harsh, unjust and unreasonable.

Employers sometimes try to get rid of casual workers they don’t like by slowly reducing their shifts to nothing.

This can be challenged, as it can be argued this is a ‘dismissal’, the National Retail Association legal team said on its website.

‘Where an employer fails to offer work to a casual employee for a reasonable time, the employee can argue that the employer has broken the agreement between them.’

The 21-day clock for filing a claim would start ticking the day the employee realises their employer has broken their agreement, which is usually the day they file their claim.

‘Employees do have an uphill battle to fight – they need to show that the employer has in fact broken the employment agreement – but if they succeed on this point then the employer will almost inevitably lose,’ NRA legal said.

WHAT ABOUT CONTRACT WORKERS

When contract workers come to the end of their term, there’s no obligation for your employer to extend your contract.

But Slater and Gordon’s Geoff Borenstein said you can bring unfair dismissal proceedings if your contract is terminated early.

Workers employed on a series of fixed-term contracts such as rolling contracts can also bring a claim.

‘Fixed term contract workers can bring unfair dismissal proceedings, and should always consult their union or get legal advice on this issue should it arise,’ he said.

WHAT TO DO IF YOU’RE SACKED

Immediately while still in the office

The first thing you should do – even if you are shell-shocked – is collect any documentation that could help in the future.

Maurice Blackburn’s Giri Sivaraman said this is often hard to do as employees are upset. Sometimes they are marched out the door straight away.

‘It’s hard to have the presence of mind to do it,’ he said.

Forward relevant work emails to your personal email account where you can access them later if needed.

Save or take a copy of any relevant documents particularly your contract of employment and any official policies that might support your case, such as those relating to dismissal.

Once you get home you should immediately call for advice so you know where you stand.

‘You can call a lawyer, or your union or the Fair Work Commission,’ Mr Sivaraman said.

YOU ONLY HAVE 21 DAYS TO LODGE A CLAIM

More than 13,900 unfair dismissal claims were lodged last year with the Fair Work Commission according to its annual report, but many people find they can’t apply as they have missed the 21-day deadline.

‘People have to get advice quickly, otherwise they’ve blown it,’ said Mr Sivaraman.

‘It’s very difficult to get that time extended.’

The clock starts ticking on the day someone’s employment finishes – and it is a calendar deadline that includes weekends and holidays, Mr Sivaraman said.

The Fair Work Commission has helpful information on its website on how to lodge a claim.

The application fee is $73.20 and you must ask permission from the Commission to use a lawyer.

You will need to collect your evidence including emails, notes of meetings, and correspondence to help back up your case, and if possible have coworkers to corroborate your story.

Most cases – 78 percent – are resolved by agreement of both sides after conciliation by staff, according to the Fair Work Commission’s annual report.

The median time for determining cases was 32 days.

If the conciliation doesn’t work, the case can be decided by the Commission’s Tribunal. 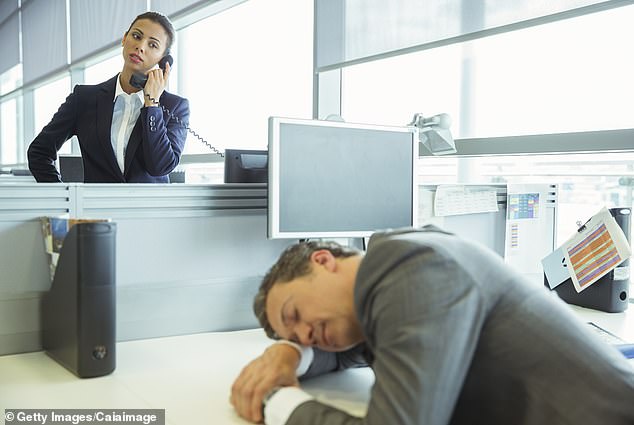 Chronic fatigue is no excuse for unfair dismissal. Employers are required to provide more regular breaks for people with chronic pain or fatigue. Stock image