But Lea Michele’s new fiance Zandy Reich clearly has an eye for design, judging by the huge rock that he himself designed, according to PEOPLE.

‘The couple couldn’t be happier,’ a source told the website.

Rock on: Lea Michele’s new fiance Zandy Reich clearly has an eye for design, judging by the huge rock that he himself designed, according to PEOPLE

The classy piece of jewelry is a four-carat elongated radiant cut ring that Reich ‘personally designed with Leor Yerushalmi and The Jewelers of Las Vegas’.

Glee alum Michele, 31, showed off the bling in an Instagram Story posted to her account on Sunday.

The actress is at the beach, showing off the ring – and her white nail polish. 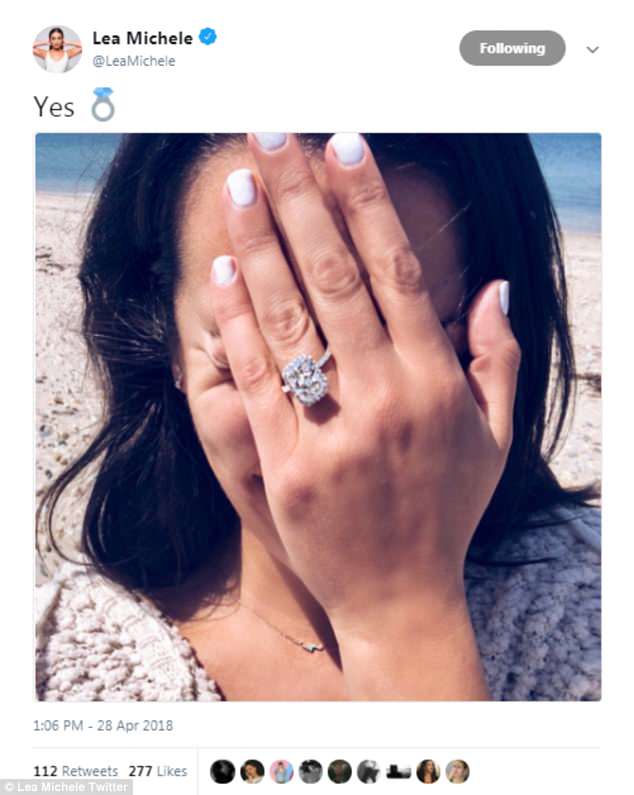 The actress took to Instagram and Twitter on Saturday to flash the massive engagement ring she got from her beau with the simple caption: ‘Yes’.

In the image, which was taken at the beach, Lea holds her hand in front of her face to show off a large emerald cut diamond in halo setting.

The couple have been dating for just under a year. He’s the one! Reports first emerged the Glee star was dating her longtime friend in July last year. The couple are pictured in March at the Elton John AIDS Foundation bash

Her businessman beau Zandy was previously the head of business development for clothing brand Theory.

The 32-year-old graduated from the University of Pennsylvania Wharton School of business in 2012.

Reports first emerged the Glee star was dating her longtime friend in July last year as she was spotted holding hands with him in New York.

‘They’ve been friends for a long time, a few years,’ a source told People at the time. ‘Things turned romantic recently and they’re dating now.’ 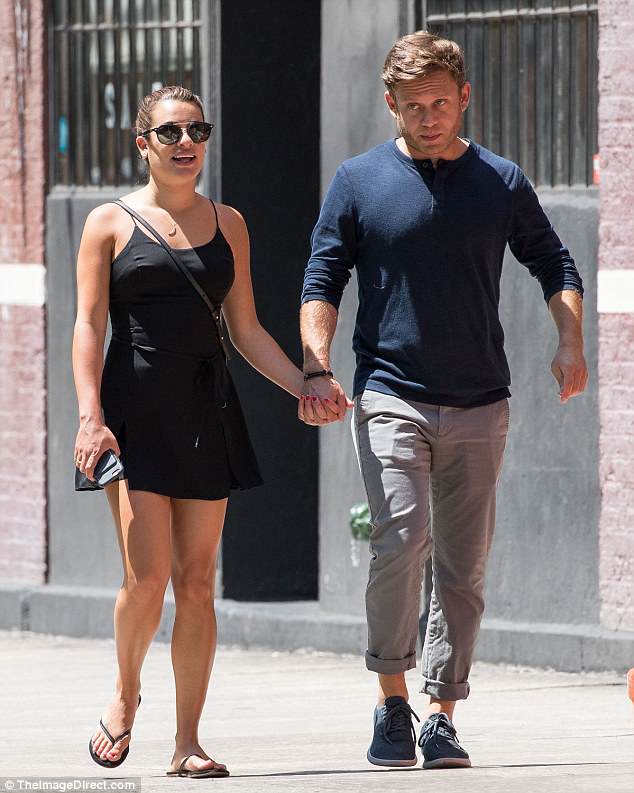 Whirlwind romance: The duo were first pictured together in July 2017

The duo have kept the relationship relatively under wraps with Reich appearing in only a handful of Lea’s Instagram photos in recent months.

Zandy doesn’t appear to have any social media accounts.

Lea previously dated iZombie star Robert Buckley for several months before splitting around a year ago.

Before that, she romanced personal trainer Matthew Paetz for two years until 2016.

Lea also dated Glee co-star Cory Monteith from 2011 up until his passing in 2013. 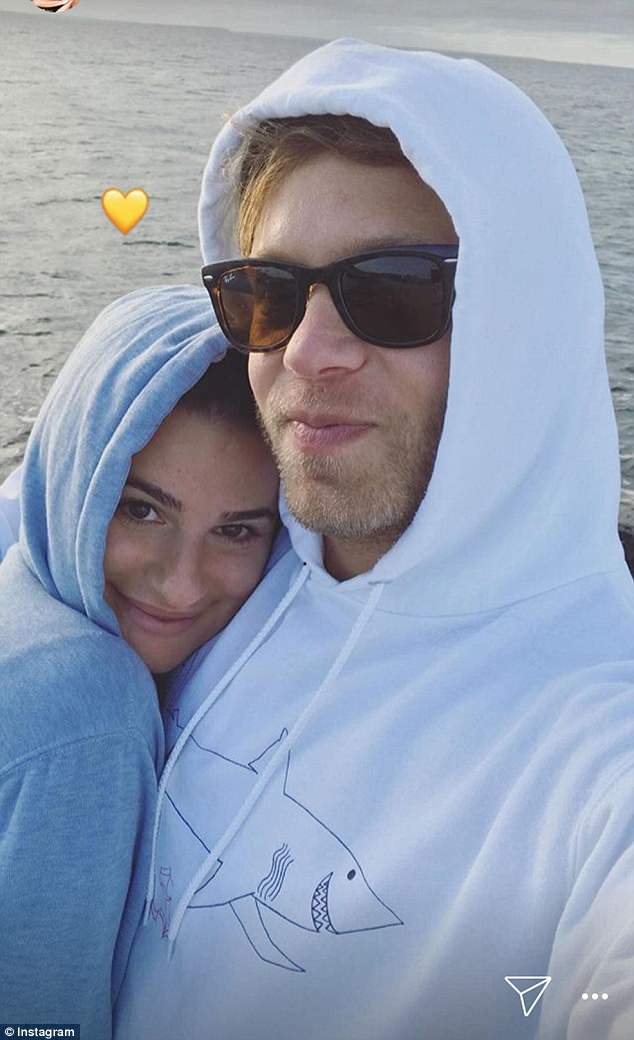 Successful: Zandy, 32, is president of the women’s fashion brand AYR (All Year Round) and was previously the head of business development for clothing brand Theory 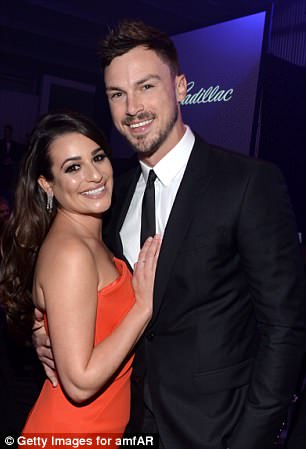