Ecologists have warned chopping down ancient woodland and moving it to a nearby fields to make way for HS2 is a fundamentally flawed idea without any strong evidence.

Owners of ancient woodland in Cubbington, Warwickshire are up in arms over the loss of 3.7acres of trees, warning the area means ‘everything,’ to the community, with the land often used to scatter people’s ashes. Earlier this week one of Britain’s oldest pear trees was cut to make way for the project.

Bosses at the railway line, which will link London, Birmingham, Manchester and Leeds, say they woodland are not being destroyed, because its soil is translocated to other spots, including a neighbouring field.

Once the soil is moved, saplings and bulbs are replanted while ponds, reptile banks and bat boxes are installed to support wildlife’s return. 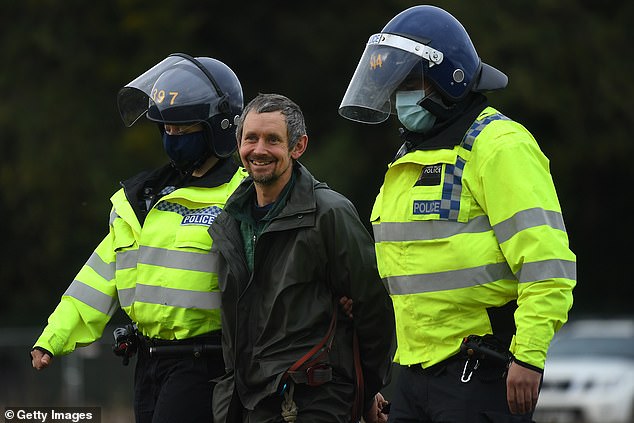 Protests took place against HS2 are at woodlands along the developing railway line, including in Great Missenden, pictured, on October 9, as experts warn translocation is ‘like tearing up a masterpiece and tossing bits of it into a new art installation’

Sam Whittall, an ecologist on the HS2 project, told the BBC: ‘We are aiming to create the same habitat… the idea is to move that habitat from A to B.’

But the project excepts there is a lack of long term research proving how effective the method is.

David Coomes, professor of forest ecology and conservation at the University of Cambridge, said the use of translocation ‘is like tearing up a Turner masterpiece and tossing little bits of it in to a new art installation and hoping people don’t notice the difference’. 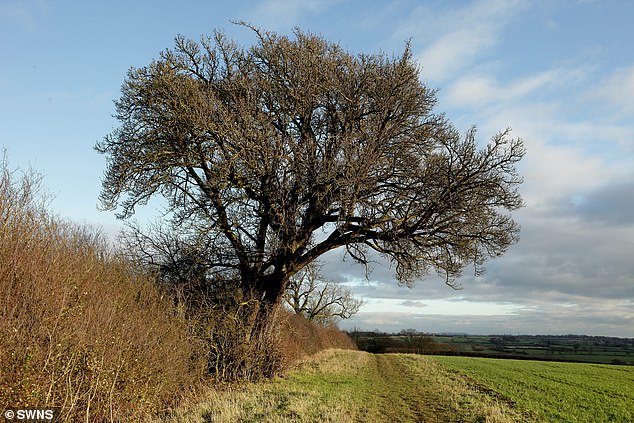 The pear tree that was felled had stood for 250 years. While bosses support translocation, they accept there is little evidence to prove it is effective long term

He added: ‘There are complicated networks and they take a long time to come together – hundreds of years – particularly the three-dimensional structure of the forest, the trees which have hollows for bats, the homes for lots of different fungi and lots of different insects.’

Experts Dr Mark Everard, from the University of the West of England and biologist Merlin Sheldrake, echoed Prof Coomes’ concerns, as they warned it could disrupt local wildlife.

Just 2.5 per cent of UK land is covered by ancient woodland – which have to date back to at least 1600 to achieve the title.

More than 40 designated areas of ancient woodland will be impacted by the development of HS2, according to the BBC. 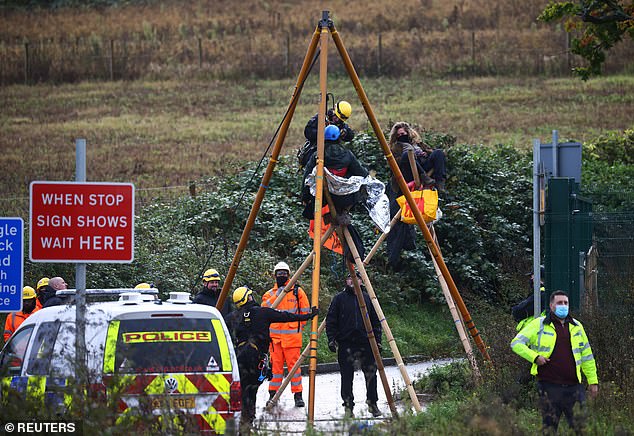 Campaigners against HS2 were in Denham on October 9 to protest the line earlier this month. The Woodland Trust has voiced its own opposition to the high speed train service

A statement on Woodland Trust’s website reads: ‘While we are in favour of green transport and not against high speed rail projects in principle, we are strongly opposed to the HS2 route.

‘We consider that the impact of the HS2 route on ancient woods and trees across the UK landscape is wholly unacceptable.

‘Any transport system that destroys irreplaceable habitats such as ancient woodland can never be called “green”.’