Sen. Chuck Grassley, the president pro tempore of the Senate, begged President Trump in a Friday tweet to read a Wall Street Journal op-ed that predicted Joe Biden would be the next president.

‘Will somebody w access to the Oval Office read the WSJ editorial ‘The Trump Referendum’ to President Trump. We won’t [have] more good scotus justices or the best economy in 50 years like we [have] had if he doesn’t follow that advice,’ Grassley wrote.

Sen. Chuck Grassley, a Republican from Iowa, sent out a tweet telling President Trump to read a Wall Street Journal op-ed that predicted he would lose the White House to Joe Biden if he didn’t come up with a second-term agenda

Sen. Chuck Grassley sent out the tweet Friday, asking someone from the White House to get the editorial from The Wall Street Journal in front of President Trump’s face 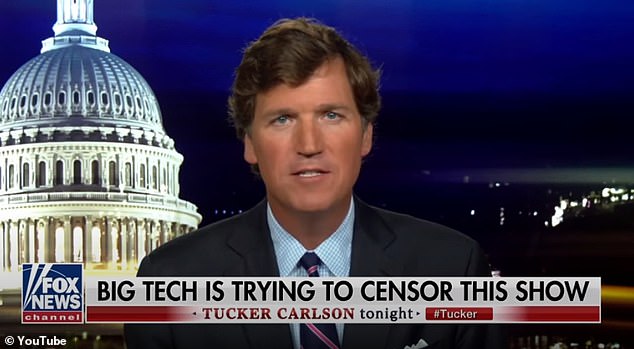 Another ally, Fox News Channel’s Tucker Carlson, wrote an op-ed for the network’s website Friday predicting that President Trump could lose the election 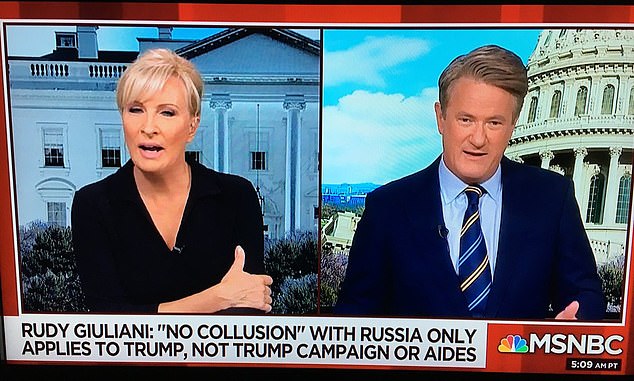 ‘This guy that you and I have known for many years, not only is he not acting like he doesn’t want to get re-elected, he’s acting like he really wants to lose badly and take the Republican party down with him,’ Scarborough said to guest Donny Deustch.

Scarborough, the co-host of MSNBC’s ‘Morning Joe’ and a former GOP lawmaker, had been friends with Trump, but turned critic after the billionaire real estate developer moved into the White House.

Scarborough has been targeted by Trump’s tweets, as the president has continually floated a conspiracy theory that he killed a staff aide when he was a member of Congress. The story isn’t true.

Scarborough said Friday he knew that his theory was zany, but he also couldn’t fathom why the president was taking certain positions.

‘None of this would make sense in the conventional sense,’ Scarborough said. ‘But you look at every single move he’s making. He’s on the 25 per cent of a 75/25 issue. And it keeps happening every day.’

‘This looks like a deliberate attempt to drive his campaign into the ground every day. He knows what he’s doing is going to lower the poll numbers. And they are. They are collapsing every day,’ Scarborough continued.

‘That’s clear. You can tell by his behavior. His attitude toward the health of the American people, he doesn’t want to be there,’ she added.

Carlson, a Fox News Channel host, wrote a meandering op-ed on the network’s website Friday with one main takeaway: ‘Not many people are saying it out loud on the right, but the fact is that President Trump could well lose this election.’

‘In fact, unless fundamental facts change soon, it could be tough for him to be reelected.’

‘President Trump may soon need a new nickname for ‘Sleepy Joe’ Biden. How does President-elect sound?’ the op-ed writers said.  ‘On present trend that’s exactly what Mr. Biden will be on Nov. 4, as Mr. Trump heads for what could be an historic repudiation that would take the Republican Senate down with him.’

The Wall Street Journal pointed out a number of problems with the president’s recent behavior.

He turned the coronavirus taskforce briefings into ‘brawls with the bear-baiting press and any politician who didn’t praise him to the skies.’

‘Lately he has all but given up even talking about the pandemic when he might offer realism and hope about the road ahead even as the country reopens. His default now is defensive self-congratulation,’ they wrote.

‘The country also wants firm but empathetic leadership after the death of George Floyd, but Mr. Trump offers combative tweets that inflame. Not long ago Mr. Trump tweeted that a 75-year old man who was pushed by police in Buffalo might be an antifa activist. He offered no evidence,’ it said. ‘Americans don’t like racial enmity and they want their President to reduce it.’

But The Journal also gave Trump a solution: outline a second-term agenda.

‘The one issue on which voters now give him an edge over Mr. Biden is the economy,’ it read. ‘An agenda to revive the economy after the pandemic, and restore the gains for workers of his first three years, would appeal to millions.’