Learner driver is jailed after killing his fiance’s sister day

A learner driver killed his fiance’s sister in a horror crash the day after she was given 18 months to live.

Unlicensed Anthony Grimmond was jailed for three years and four months after the crash, which killed passenger Leanna Culver.

Leanna, 20, had been diagnosed with ischaemic heart disease with a life expectancy of about 18 months the day before the tragedy.

She died after Grimmond, who was engaged to her sister Chloe, lost control of his car on a bend in Cobham, Surrey and demolished a telegraph pole, on March 15 last year.

Grimmond, of Meopham, Kent, was banned from driving for five-and-a-half years and will have to take an extended test before being allowed back on the road.

‘There is added poignancy that shortly before the collision, Leanna was diagnosed with a serious heart condition which affected her life expectancy.’ 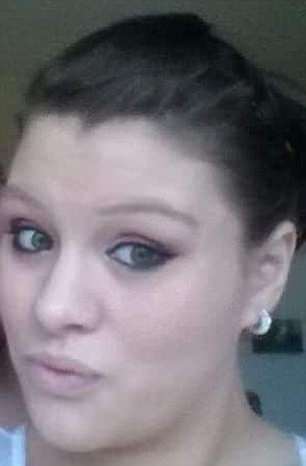 Grimmond claimed he had swerved to avoid an animal late at night and in his panic he hit the accelerator instead of the brakes, Maidstone Crown Court.

The car smashed into the verge and flipped, before ploughing into a telegraph pole.

Grimmond told a police officer after the crash: ‘It was my sister-in-law in that car. You know she was only given 18 months to live yesterday? I took her life.’

The court was told he had mental health problems and the day before he had taken an overdose of antidepressant tablets in a suicide attempt.

Grimmond had bought his 16-year-old automatic Renault Clio for £270 two weeks before the fatal crash.

The prosecutor said: ‘He was clearly not experienced enough to drive and deal with hazards and didn’t possess the necessary qualifications and chose to go out and drive.’

An ambulance was called but Leanna died at the scene. Grimmond, who had only had ten lessons, was treated in hospital for a head injury.

PC Simon Masterson said Grimmond asked him at the scene of the accident: ‘Is she dead?’ The officer replied: ‘Yes, I am afraid she is.’ 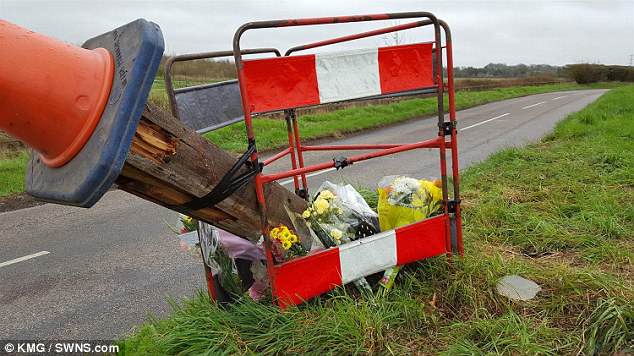 Unlicensed Anthony Grimmond was jailed for three years and four months after the horror crash, which killed passenger Leanna Culver. He hit a telegraph pole with such force toppled

A saliva test for drugs indicated the presence of cannabis, but a blood sample indicated a level below the statutory limit.

Kieron Moroney, defending, said Grimmond was full of remorse for what he did.

‘He showed some insight into what he had gone wrong,’ she said. ‘It is unfortunate he did not plead guilty earlier.

‘Perhaps he was not facing up to the reality of what he had done. He was an inexperienced driver who should not have been on the road.

‘There will be a number of people in prison who will be unhappy with him. He is genuinely devastated.’

Grimmond, he said, only held a provisional licence and was inexperienced.

He was also mentally fragile having been diagnosed with an emotional unstable personality disorder.

Judge Macdonald added: ‘All cases of this sort are tragic. The defendant must live with what he has done. 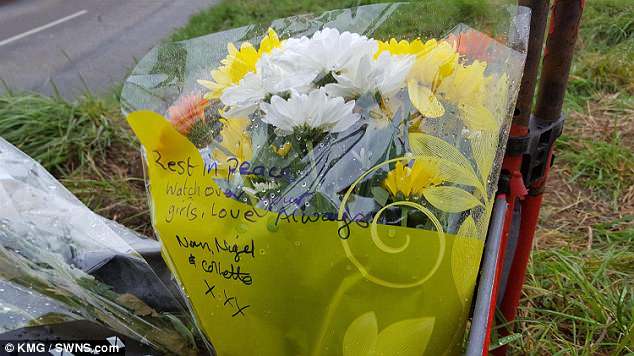 ‘Loss of life can never be restored and no court or proceedings can put a value on that life. It remains my duty to punish and deter according to the sentencing guidelines.’

Chloe, who has a child with Grimmond, said in a statement her life had now changed forever.

‘Two years ago we lost our mother Verity to a heart condition and now I am grieving for my sister,’ she said. ‘I don’t want people to think I feel bad or blame Tony.

‘I know he didn’t mean this to happen. It was an accident. He knew he should not have driven and he has to live with that for the rest of his life.

‘I was told she had tested positive for ischaemic heart disease. The life expectancy for some diagnosed with it is about 18 months.’