BEIRUT (AP) – Lebanese lawmakers have overwhelmingly re-elected the country’s longtime parliament speaker to the post, giving the 80-year-old monopoly of the office for three decades.

The 128-seat assembly voted 98 in favor of Nabih Berri, with 29 blank ballots and one that was annulled. The newly elected parliament convened Wednesday for the first time after May 6 nationwide balloting. It’s Berri’s sixth consecutive term; he ran unchallenged.

The country’s first parliamentary elections in nine years ended years of political stalemate over a new election law and repeated extension of the parliament’s terms.

In this Friday, May 11, 2018 photo, Lebanese Parliament Speaker Nabih Berri, speaks during an interview with The Associated Press, in Beirut, Lebanon. Berri has been Lebanon’s parliament speaker for a quarter-century, and is expected to win a sixth term this week. Even rivals acknowledge that the 80-year-old is a canny political operator, but his long tenure owes much to Lebanon’s sectarian-based and elite-dominated political system. (AP Photo/Hussein Malla)

The re-election of Berri, an ally of the Hezbollah group who has held the post since 1992, reflects Lebanon’s entrenched sectarian-based political system which has held despite rising discontent. 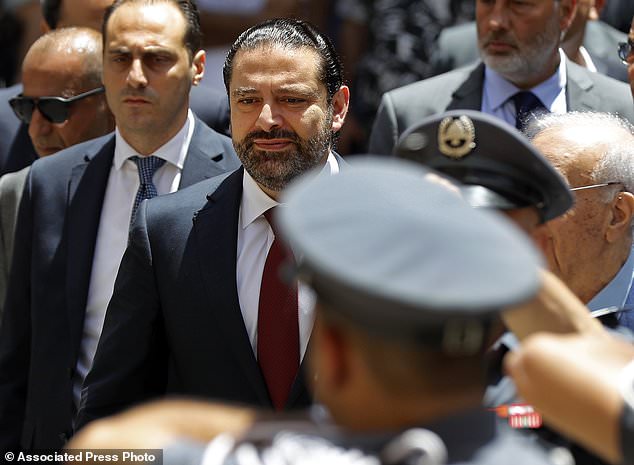 Outgoing Lebanese Prime Minister Saad Hariri, center, arrives to parliament to attend a session for the election of the house speaker, in Beirut, Lebanon, Wednesday, May 23, 2018. Lebanese lawmakers have overwhelmingly re-elected the longtime octogenarian parliament speaker, Nabih Berri, to the post, giving him monopoly of the office for 30 years. (AP Photo/Hussein Malla)