LeBron James backs Shannon Sharpe after his spat with Memphis Grizzlies stars during Lakers’ win… while Ja Morant’s dad insists he ‘has nothing but love’ for the FOX Sports host, despite the heated confrontation

LeBron James made it clear which side he’s on after a spat between FS1 host Shannon Sharpe and members of the Memphis Grizzlies at halftime of their game against the Lakers.

‘I always got his back and he’s got mine. He can talk with the best of them, for sure.’

LeBron James voiced his support for Shannon Sharpe after Friday’s game vs. Memphis 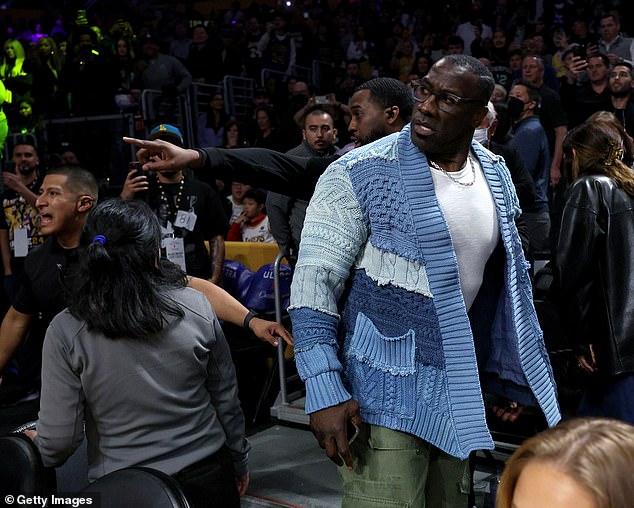 Sharpe was seen shouting at Grizzlies veteran Dillon Brooks as players headed toward the locker rooms.

Memphis center Steven Adams appeared to take offense and confronted the 54-year-old Sharpe, who refused to back down. Meanwhile, Grizzlies staffers tried in vain to hold back the 6-foot-11, 265-pound Adams.

Furthermore, Grizzlies star Ja Morant and his father, Tee, were involved in the incident, which never turned physical.

‘They didn’t want this smoke,’ Sharpe told ESPN’s Dave McMenamin before returning to his seat for the third quarter. ‘They do all that talking and jockeying and I ain’t about that jockeying.’ 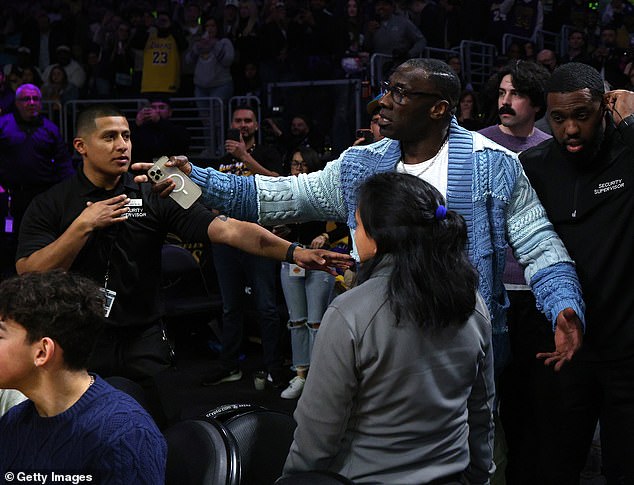 Sharpe, a Hall-of-Fame tight end, blamed the incident on Brooks, telling McMenamin, ‘It started with Dillon Brooks. I said he was too small to guard LeBron. He said, ”F***” me. I said, ”F***” you back.

‘He started to come at me and I said, ”You don’t want these problems.” And then Ja came out of nowhere talking. 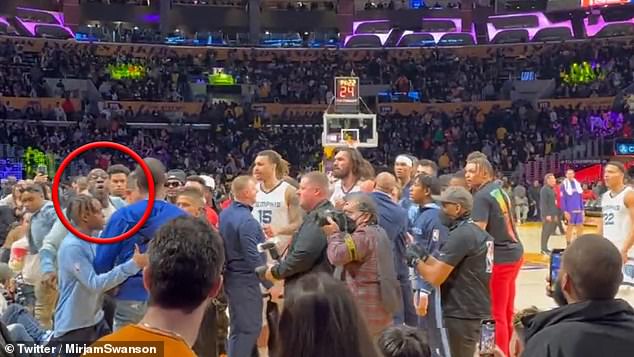 Sharpe (circled) blamed the incident on Brooks, who he called out for being ‘too small’

After the game, Tee Morant said that the incident between the two had blown over and that he had ‘nothing but love’ for Sharpe and that they ‘are good.

‘Shannon didn’t do anything,’ Tee Morant told ESPN. ‘Hey, he was doing like we do in South Carolina. We talk our s—. … South Carolina, stand up!’

Both Tee and Sharpe have roots playing sports in the South for historically black colleges and universities.

Tee grew up playing basketball and was a high school teammate of Ray Allen, who went on to the University of Connecticut and then to the NBA – where he won multiple titles and became a Basketball Hall-of-Famer. 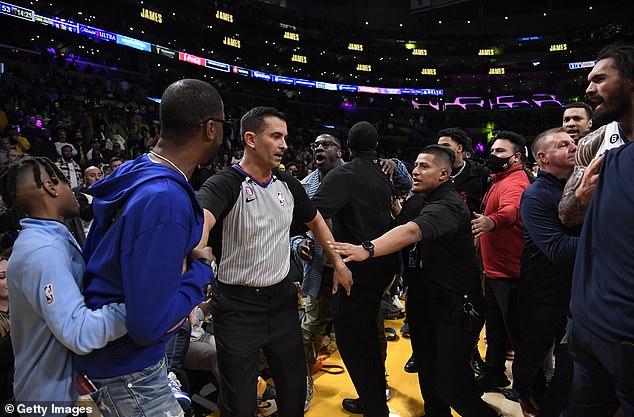 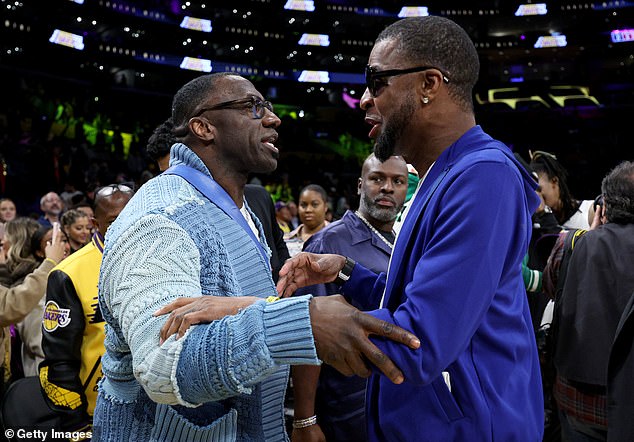 Eventually, the pair patched things up – hugging after the half with Tee saying they ‘are good’

Sharpe played football, basketball, and competed in track and field for Savannah State University in Georgia.

From there, he was drafted by the Denver Broncos and won two Super Bowls in the Mile High City – before going on to win another with the Baltimore Ravens.

In addition to the titles, Sharpe was a four-time first-team All-Pro player and made the Pro Bowl eight times.