A defiant Lee Westwood does not believe his Ryder Cup chances should be threatened by his decision to sign up to the LIV Golf Invitational Series.

Last week the DP World Tour fined each of the 17 players who played in the Saudi-backed venture’s first event in Hertfordshire earlier this month £100,000 and banned them from next week’s Scottish Open.

It was accompanied by the threat of additional sanctions for further participation and while a Ryder Cup ban has not been publicly mentioned as a punishment it remains an option open to the DP World Tour.

But Westwood, who along with the other rebels will tee it up in the second of the eight-event series at Pumpkin Ridge in Oregon on Thursday, believes that should not be the case.

‘Why should it be threatened?’ Europe’s joint-record holder for appearances told a press conference.

‘I’ve been playing Ryder Cup golf since 1997 and the criteria has been to be a member of the European Tour (now the DP World Tour).

‘I’ve been a member of the PGA Tour and still played four events on the European Tour, and why would the European Tour change their rules so dramatically because another tour doesn’t like it or feels financially threatened?

‘As long as you fulfil the criteria to be a European Tour member, then you should still have the opportunity to try and qualify for the Ryder Cup team.’ 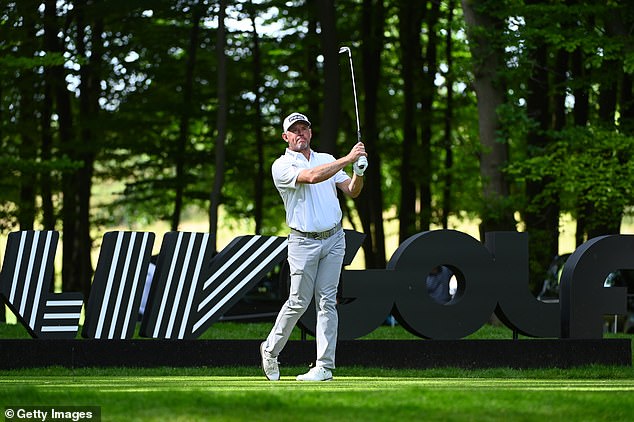 Westwood, Europe’s joint-holder for appearances, rallied against the punishments for pariahs

Asked whether he thought there was a risk to his decision to sign up he said: ‘Yeah, I guess there was. You never knew how everyone was going to act.

‘Obviously you were hoping that it wouldn’t change. We still hope that it won’t affect it.

‘I hope that I still have the possibility, as I’m sure they do (his fellow hopefuls) too, to be a part of a few more Ryder Cup teams but that’s not going to depend on us now. We’ll just keep our fingers crossed.’

The DP World Tour chose not to follow the example of the PGA Tour, which issued outright bans to all their events for LIV golfers, but Westwood still objected to the lesser punishment he received. 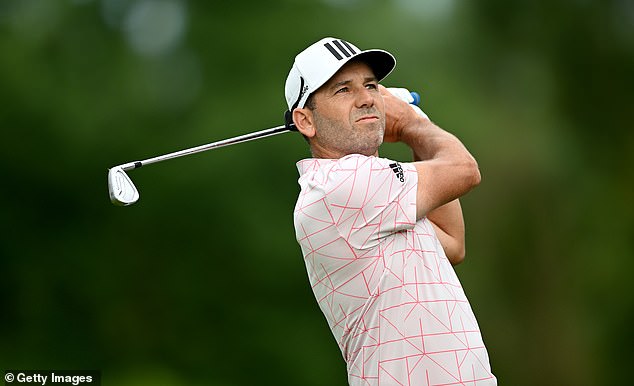 Sergio Garcia, however, has admitted that there had been risk behind his decision to sign up

‘I personally am disappointed with the European Tour’s approach,’ he added.

‘I’ve been a European Tour member for 29 years and for some of those years I have also been a member of the PGA Tour and as long as I’ve played my four events the European Tour haven’t had a problem with me playing anywhere else and now it seems to be a problem.

‘As far as fines and sanctions, I’m disappointed.’