A group of Labour members disrupted a minute’s silence for the late Tessa Jowell – and called for one for the victims of Gaza instead.

The former Culture Secretary died surrounded by her family two weeks ago on May 12 after a battle with brain cancer.

Members of the Hampstead and Kilburn party constituency had planned to hold a minute’s tribute for the late baroness, who went from being a local councillor to being one of Britain’s most prominent politicians.

But some members refused to take part in the tribute and muttered all the way through it, it has been reported.

They complained that they should not honour a politician who was a close ally of Tony Blair and served in his Cabinet.

While others called for a minute’s silence to be held for the Palestinians killed in Gaza by Israeli forces earlier this month instead.

The former Culture Secretary Lady Jowell (pictured in January) died surrounded by her family earlier this month after a battle with brain cancer. Party members were holding a minute’s silence in her honour in Hampstead & Kilburn – but some refused to take part 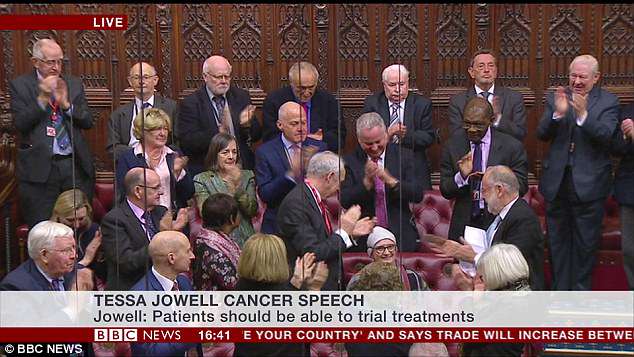 John Woodcock, a leading Blairite MP, told MailOnline: ‘As much as anything else, the Labour Party was supposed to represent kindness and compassion to fellow human beings, so it is very sad that people apparently were unable to show the decency that Tessa radiated to everyone around her throughout her life.’

Camden New Journal reporter Richard Osley wrote in his blog: ‘Sources said they were distressed to hear muttering and mumbling as the peace was broken during this time for reflection.

‘Some with unwilling to take part at all in marking the passing of a politician who had worked closely with Tony Blair.

‘Members, by several accounts, then asked for another’s minute of silence, after a call of ‘what about the people of Gaza’ rang out; the meeting was a couple of days after the border shootings by Israeli forces.’

Israeli forces killed at least 41 Palestinians during mass protests along the Gaza border on May 14 – the 70th anniversary of the foundation of Israel.

The bloody clashes came as the US unveiled its new embassy in Jerusalem after controversially moving it from Tel Aviv despite warnings it would inflame tensions and spark violence.

A source told MailOnline the disruption was caused by a small group of ‘idiots’ sat at the back of the meeting.

The local party is deeply divided between Corbynistas and a group of more moderate members.

And according to the local report, Labour members in the branch are at war over who is being sent to the party’s conference in Liverpool in autumn, where crucial rule changes are being discussed.

Hampstead and Kilburn has resolved to send ten if it can raise the £7,000 needed to send them.

Lady Jowell, who as Culture Secretary under Tony Blair helped bring the 2012 Olympics to London, died ‘in the arms’ of her family after she had battled brain cancer.

She used her final months to fight for better funding and care for patients – and succeeded in convincing the Government to set up a new cancer fund. 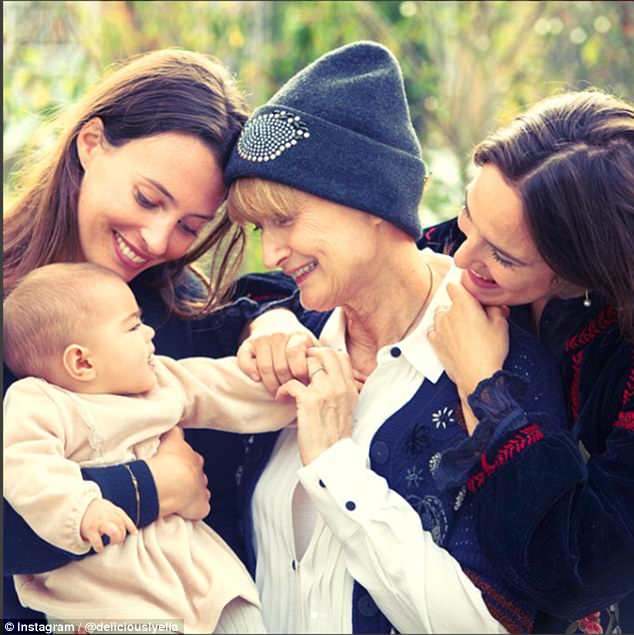 Lady Jowell is pictured with her daughter Jessie, right, and her daughter-in-law Ella Mills, shown left, holding her own child in January this year

She said: ‘She was lying in Matt, his sister Jess, and their Dad’s arms, as they told her that she would live forever in the centre of their souls.

‘I’ve never seen love like I have since becoming part of this family. Tessa was the warmest and kindest soul, she welcomed me so generously into their family, and no matter what she has achieved in her life – and she achieved an extraordinary amount – I know her family are the thing that made her most proud.’

Theresa May led the tributes in Parliament to the late politician, describing her as a ‘most extraordinary politician, colleague and campaigner’.

Lady Jowell’s funeral is being held today. It is a private funeral with only friends and family invited.

‘I am not afraid’: How Tessa Jowell’s speech on cancer became the first to be applauded in the House of Lords

Dame Tessa Jowell was given a standing ovation after making an emotional plea for more cancer treatments to be made available through the NHS months before her death.

The Labour peer, whose death was announced on Sunday, called for more opportunities for ‘adaptive trials’ in which patients can undergo different treatments, and if one does not work they can immediately move on to the next.

Baroness Jowell, whose voice cracked several times during her House of Lords speech in January, told fellow peers of her cancer diagnosis and subsequent battle to beat the disease.

She said: ‘On May 24 last year, I was on my way to talk about new Sure Start projects in East London. I got into a taxi but couldn’t speak, I had two powerful seizures. I was taken to hospital.

‘Two days later, I was told that I had a brain tumour, glioblastoma multiforme, or GBM. A week later the tumour was removed by an outstanding surgeon at the National Hospital in Queen Square.’

Baroness Jowell, who was one of the Labour Party’s best known faces during Tony Blair’s era, went on to say how she had taken solace from Irish poet Seamus Heaney.

She said: ‘Seamus Heaney’s last words were do not be afraid. I am not afraid, but I am fearful that this new and important approach may be put into the “too difficult” box.’

She added: ‘All we now ask is that doctors and health systems learn to do the same. Learn from each other. In the end, what gives a life meaning is not only how it is lived, but how it draws to a close.

‘I hope this debate will give hope to other cancer patients like me. So that we can live well with cancer, not just be dying of it.’

As she concluded her speech peers, members of the public and Health and Social Care Secretary Jeremy Hunt, who was also in the chamber, rose to applaud. The tribute was thought to be the first of its kind in the House of Lords. 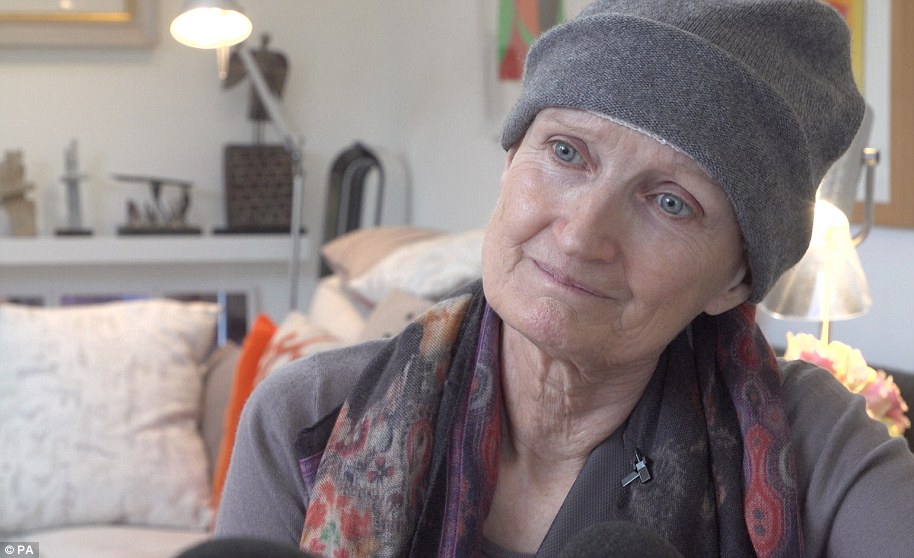 Dame Tessa suffered a haemorrhage on Friday, and had been in a coma until her death on Saturday, a spokesman for the family said