Left-wing hardliner Derek Hatton has been readmitted to the Labour Party more than 30 years after he was expelled.

Hatton was the ringleader of the Trotskyist Militant tendency in the 1980s which set an illegal budget in Liverpool and caused bitter divisions in the party.

He was thrown out in 1986 but the party’s disputes panel is said to have readmitted him last week after he was ‘inspired’ to return by Jeremy Corbyn’s leadership.

The news of Hatton’s return comes on the same day that seven Labour moderates quit the party in protest at Mr Corbyn’s handling of Brexit and anti-Semitism.

A three-person panel chaired by Unite trade union official Jim Kennedy made the decision to re-admit him, Buzzfeed reported.

Calling today’s Labour rebels ‘hypocritical’, he said: ‘I supported the Labour Party at times where I agreed with what was going on and when I didn’t.’

‘Of course there’s room for all sides. What appalls me is the moment they’re not getting their own way these people run away.’

Tonight he confirmed he had re-joined the party after Corbyn ally Aaron Bastani welcomed him back on Twitter.

Mr Hatton, then deputy leader of Liverpool city council, caused a bitter Labour row in 1985 by setting an illegal budget in a challenge to Margaret Thatcher’s Conservative Government.

The council famously hired taxis to hand out redundancy notices to council workers in a bid to force the Government to cover its deficit.

He and other members of the Trotskyist group were widely blamed for making the party unelectable during the Thatcher years.

Neil Kinnock’s conference speech denouncing Militant in 1985 was hailed as a brave rebuke of the far Left and seen as a turning point in Labour’s history.

Hatton and other Militant figures were expelled from the party soon afterwards as Labour moderates gradually took control of the party.

However Hatton said last year he was ‘inspired’ by Jeremy Corbyn’s leadership which has seen the hard Left reassert control over the party. 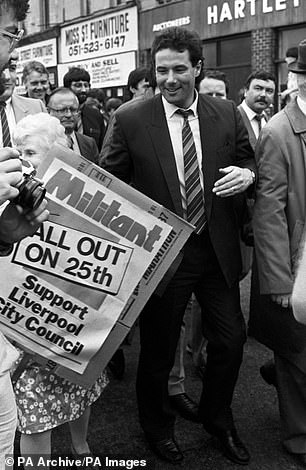 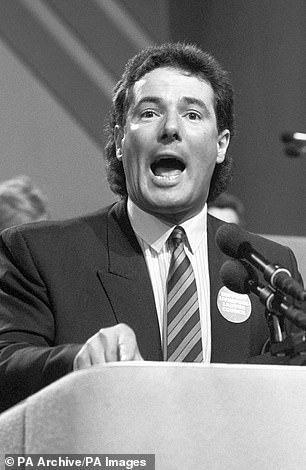 Hatton, pictured left on a Militant march in Liverpool and right speaking in 1985, was expelled from the party for his role in the Trotskyist movement

He said: ‘In all my time I have never witnessed such passion, such energy and such powerful socialist leadership.

‘Many people, myself included, probably never thought we would witness an unswerving socialist like Jeremy Corbyn at the helm.

‘He stands there with a set of policies clearly aimed at benefiting the vast majority of people in this country and a strategy which will not be dictated to, or influenced by, the five billionaires who own 90 per cent of the country’s media.’

He initially claimed he had rejoined the party last September, after having an application rejected in 2015.

Yesterday he said he had remained loyal to Labour even when moderates led by Tony Blair were in control of the party.

‘Some of us even after expulsion have remained loyal to Labour Party as the political arm of the trade union movement,’ he said 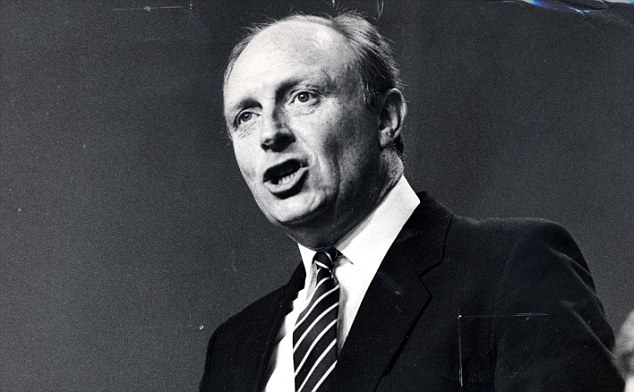 Hatton was denounced by then-Labour leader Neil Kinnock at the 1985 party conference (pictured), seen as a turning point in the struggle between moderates and left-wing hardliners

At last year’s party conference Labour shadow minister Dawn Butler sparked a fresh row when she praised Militant for standing up to Thatcher.

Chris Leslie, one of the MPs to resign from Labour today, said at the time: ‘I can only assume these remarks come from ignorance about the disastrous policies of the Trotskyist Militant tendency – whose mismanagement led to the issuing of thousands of redundancy notices to their own local council workers.’

Mr Corbyn said he was ‘disappointed’ by the announcement, while shadow chancellor John McDonnell challenged the seven to resign from Parliament and fight by-elections under their new independent banner.