Kelly was suffering poor health after having a heart attack in May on the same date  his former Western Suburbs Magpies teammate Arthur Summons died.

The legendary hard man played 28 Tests for the Kangaroos and three NSW rugby league grand finals for his beloved Wests Magpies, where he built a formidable reputation over 111 games and signed his first contract on a beer coaster.

On Sunday night ARLC chairman Peter V’landys said Kelly will be remembered as one of rugby league’s greatest players.

‘A deserved member of the National Rugby League Hall of Fame, “Ned” as he was fondly known, was an uncompromising forward.

‘As tough as they came, he was sent off 17 times playing for his beloved Wests.

‘His send-off 90 seconds into the 1967 second test again New Zealand will always remain part of our folklore.’ 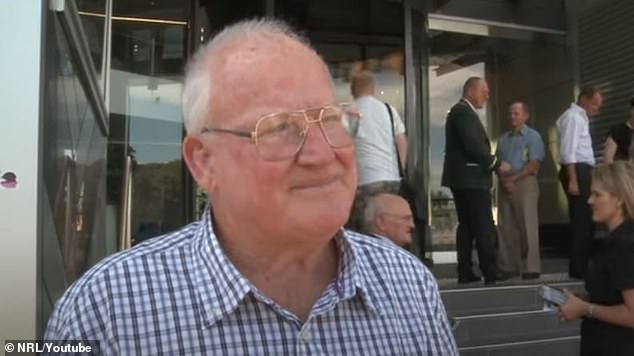 Kelly played 28 Tests for the Kangaroos and three NSW rugby league grand finals for his beloved Wests Magpies, where he signed his first contract on a beer coaster

Kelly’s achievements on the football field have been widely acknowledged.

As well as being named in the team of the century he was listed among the ‘100 Greatest Players over the first century of the game’ by the ARL in 2008 and was awarded an OAM for his services to rugby league.

He was also named captain and hooker of Wests Magpies Team of the Century in 2004.

But perhaps his biggest legacy is his generosity and compassion with the Men of League Foundation, of which he was a founding member.

‘Noel Kelly will forever be remembered as one of the game’s all-time greats. His loss today will be felt throughout the rugby league community,’ V’landys said.

‘On behalf of the game I send my condolences to Noel’s family and friends.’ 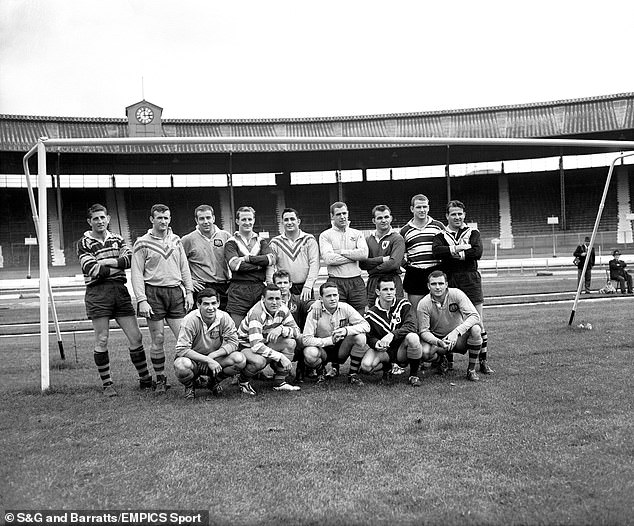