James Maddison delivered a huge boost to Leicester with a performance that hinted he is close to his best but admits he ‘hates’ having to play without fans.

The England midfielder was on target along with Harvey Barnes and Kelechi Iheanacho as Brendan Rodgers’ men began their Europa League campaign with a routine win – the first in Leicester’s history in this competition – over Zorya Luhansk.

Maddison’s absence for much of the post-lockdown period, due to a hip problem, may have cost Leicester their place in the Champions League. Even though he scored a brilliant goal in the 5-2 win over Manchester City, this was the first time this term that Maddison has looked match sharp. 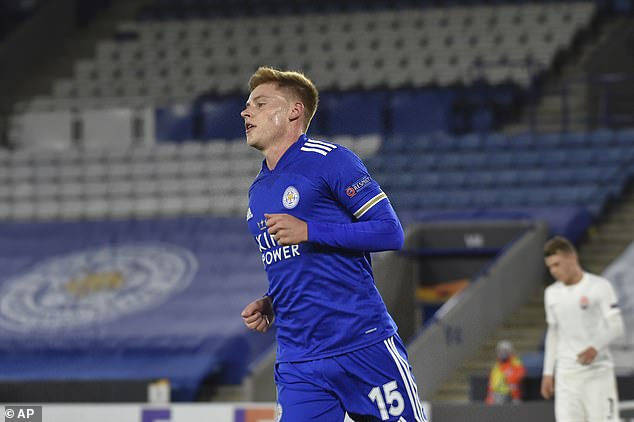 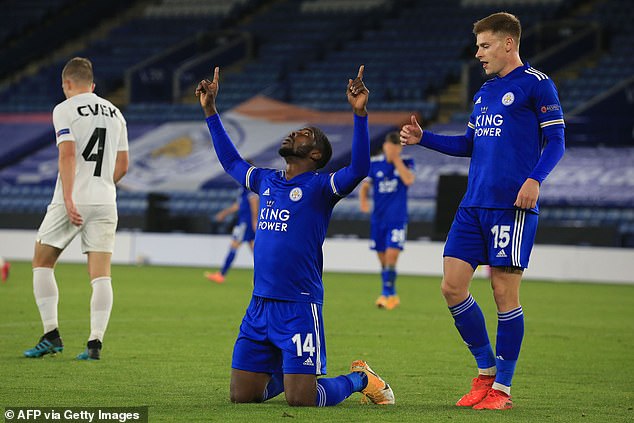 Zorya knew it, too, dishing out some heavy tackles and causing Maddison to complain frequently to referee Stephanie Frappart.

‘I should be really happy with the goal in Europe but I hate having no fans in – it is driving me insane,’ admitted Maddison. ‘It would have been great to have my family here.’

Rodgers said: ‘The players deserve a huge amount of credit but they can be better. We need more movement at the top end of the pitch.’

Though Maddison was taken off after 65 minutes, the 23-year-old made a powerful case to make his first Premier League start of the campaign at Arsenal on Sunday. Top scorer Jamie Vardy, meanwhile, will train on Friday as he tries to recover from a calf injury in time to figure at Emirates Stadium.

On their first European appearance since reaching the Champions League quarter-finals in 2017, Leicester could have fallen behind in the 22nd minute here. Vladlen Yurchenko released Maksym Lunov on the right and his low cross found Vladyslav Kabayev at the far post, forcing Kasper Schmeichel to make a fine save with his feet.

Leicester made the most of that escape by taking the lead seven minutes later. Barnes found space inside the box and curled against the post and Iheanacho was quickest to the loose ball, slipping it back for Maddison to poke into the unguarded net.

At the other end, Schmeichel survived a scare when his clearance rebounded off Yurchenko and with the Dane stranded, Dmytro Ivanisenia’s chip from 25 yards dropped just wide. 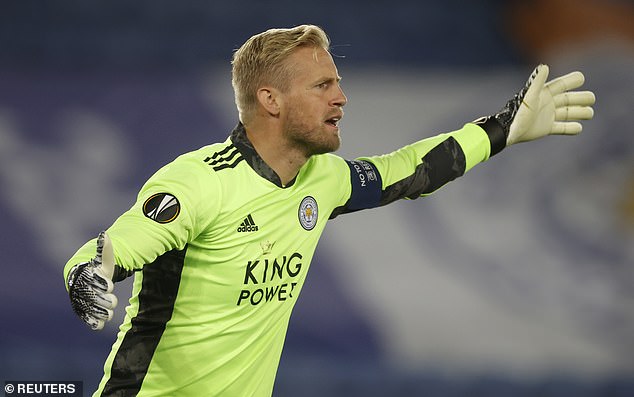 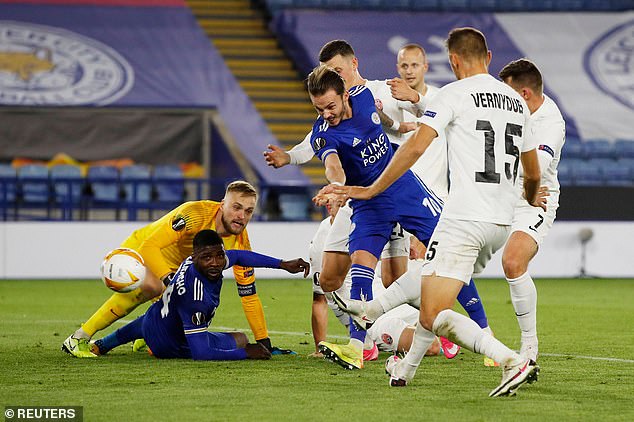 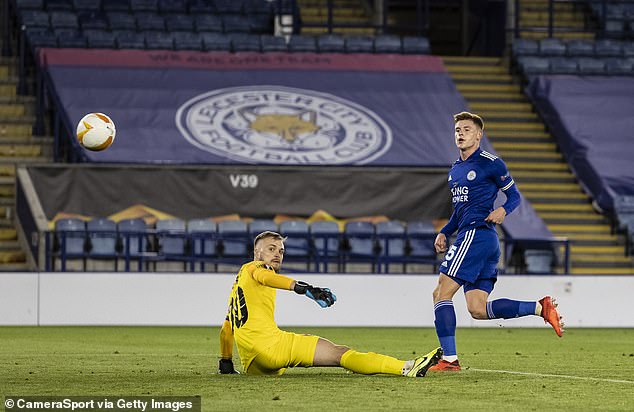 Leicester were dominant after half-time and both Maddison and Barnes came close before Wesley Fofana leapt impressively to direct Maddison’s corner fractionally wide of the far post.

Maddison was on the receiving end of some rough treatment from the Ukrainians and at one point threatened to boil over, barging Vladyslav Kochergin before referee Frappart intervened.

The playmaker was, however, enjoying his role at the top point of a midfield diamond and another smart turn allowed him to shoot powerfully from the edge of the area, though he was just off target. Moments later, Iheanacho made the game safe. A woeful pass from Ivanisenia presented the Nigerian with the ball and he made no mistake from close range. 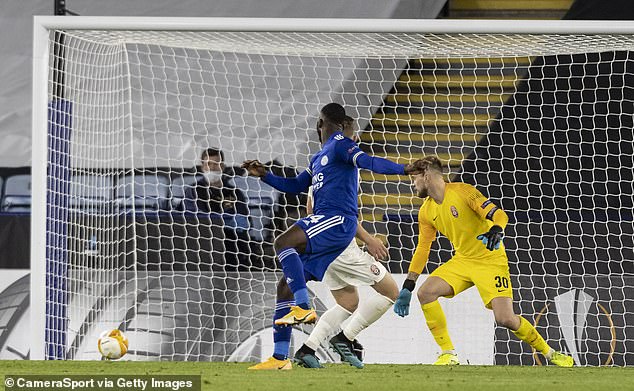 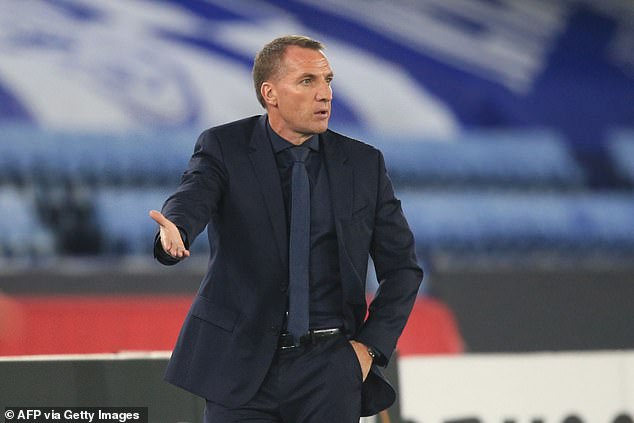