Manchester United played with the insouciance and the nonchalance of champions at the King Power Stadium this afternoon. The only problem is that they are not champions. Nor are they likely to be champions any time soon.

Leicester City played some brilliant football in a barnstorming 4-2 victory but this was an abject surrender by United.

The idea they might win the league this season is nothing more than a fantasy. By the end, they were reduced to a rabble. 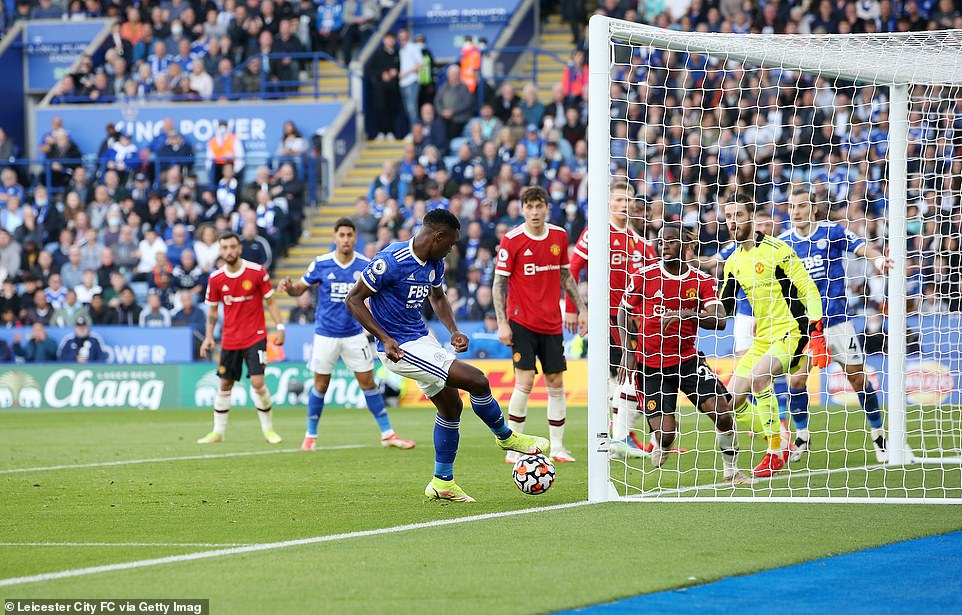 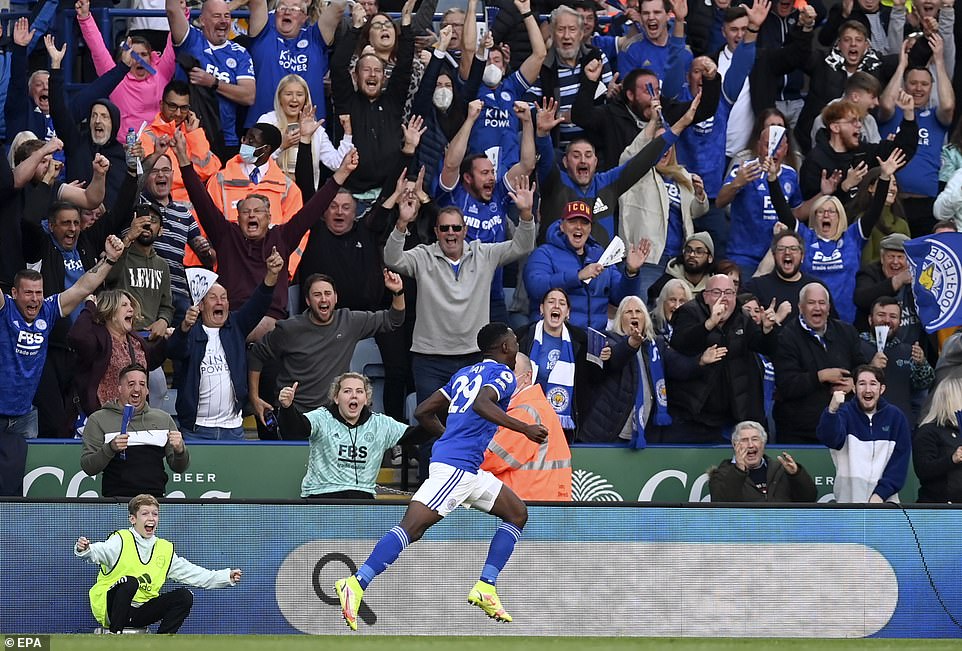 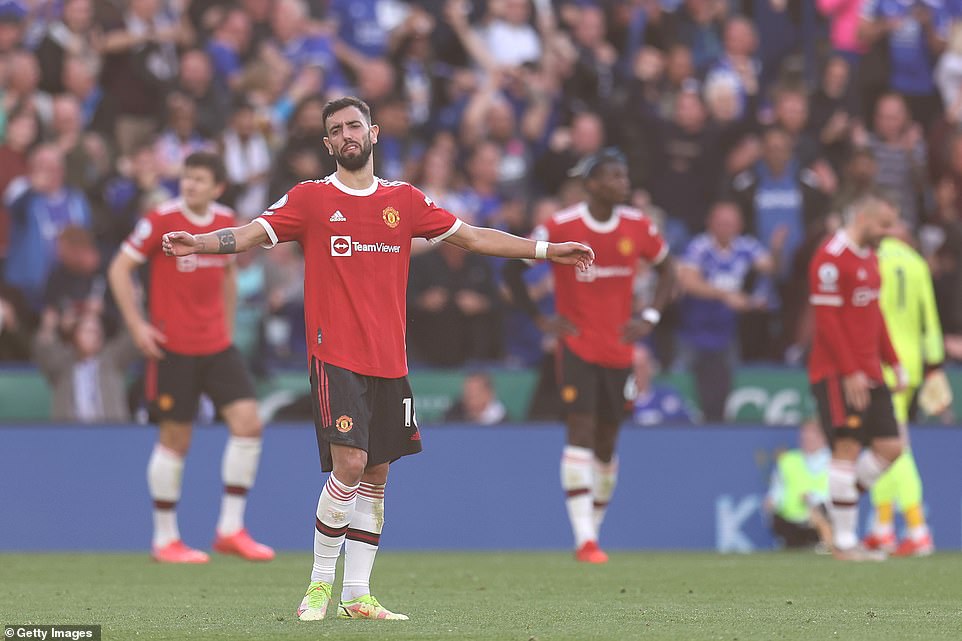 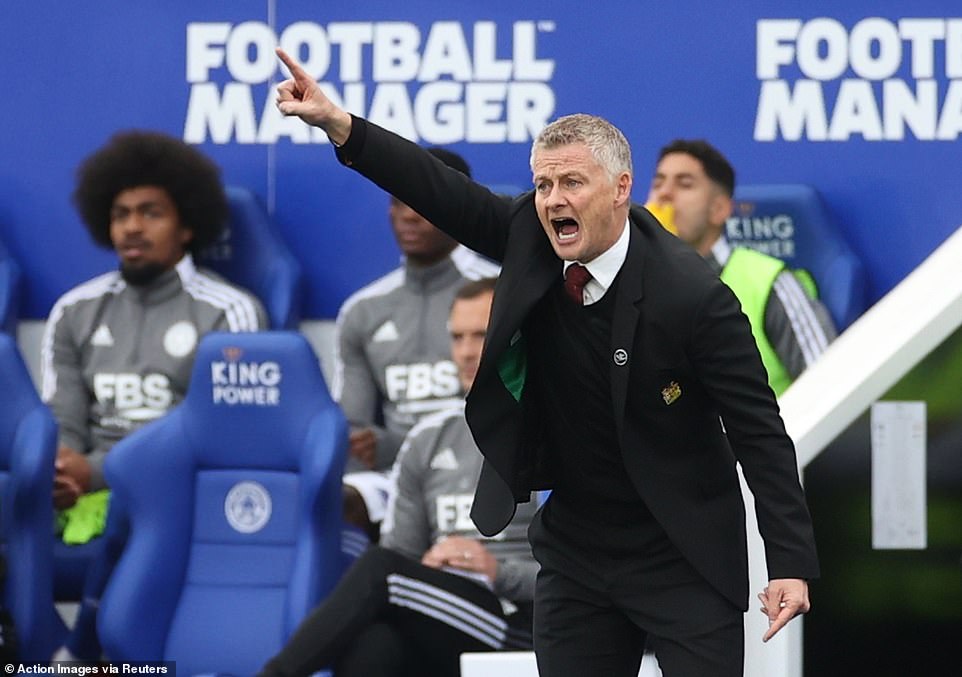 Devoid of leadership on the pitch, they lacked fight as well as the ability to match Leicester. They played like a team that believed it did not have to try in order to win. They played like players who thought competing was beneath them.

They started this campaign with genuine ambitions of winning the Premier League title for the first time in nine years. Eight games in, it is blindingly obvious that is not going to happen.

They have got problems all over the pitch but most glaringly in defence and in defensive midfield, where they were badly exposed again here.

Paul Pogba was second best most of the afternoon. Harry Maguire was caught in possession for Leicester’s first goal. Nemanja Matic nearly gave another goal away with some casual lunacy late in the second half. This United doesn’t seem to understand what it takes to challenge.

This defeat brought to an end their record-breaking 29-match unbeaten away run and made the signing of Cristiano Ronaldo, who was anonymous again as the point of United’s front line, look more and more like a hopelessly flawed vanity project.

United have talent aplenty in attack. Their weaknesses lie elsewhere. Their hierarchy did not have the strength to let him go to another club and now they are paying the price.

United also had to take criticism for flying the 100 miles from Manchester to Leicester rather than braving the car park that is the M6.

And then there was the flight of fancy that was the idea they would overwhelm a Leicester side struggling to recapture the form of last season. United never looked like doing that. They had no answer to the creativity of James Maddison and Youri Tielemans. They have gone three league games without a win now and the opposition is about to get harder.

This is a season that already looks as if it is lurching from one mishap to another. Liverpool and Manchester City are rolling on and looking in a different league to United. Ronaldo’s signing has left United boss Ole Gunnar Solskjaer more exposed than at any other time since he took the job. He has rebuilt the squad but he is struggling to take the next step. 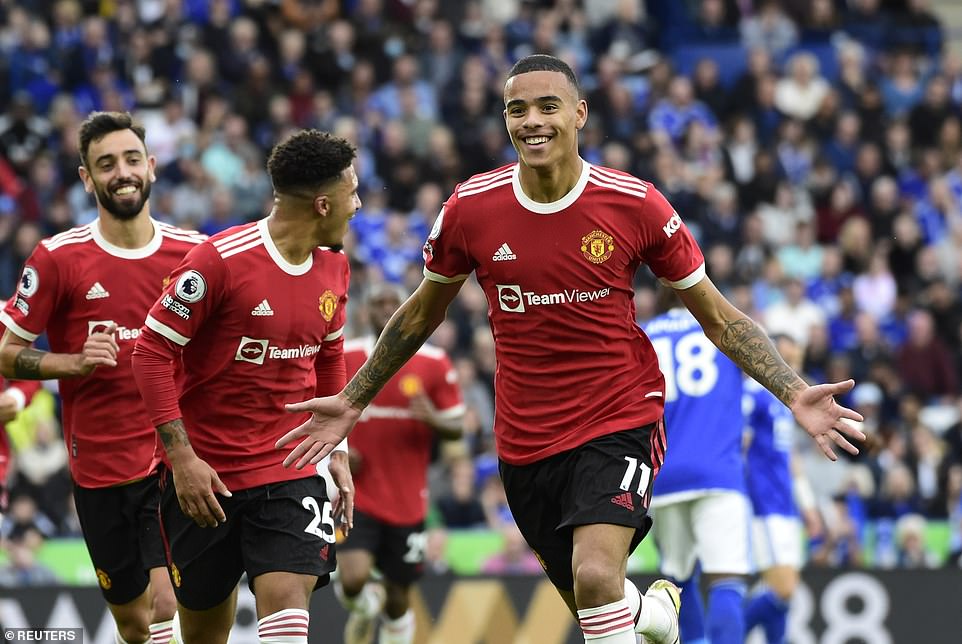 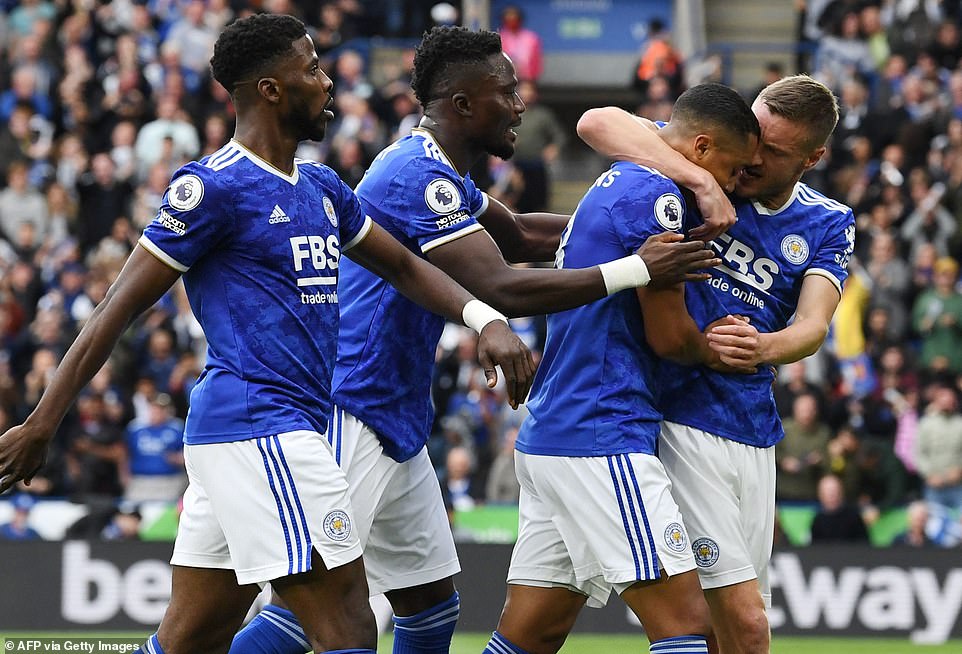 In the context of a club whose supporters believed Ronaldo was the last piece in the jigsaw, to be falling behind so early and playing so badly clearly constitutes a crisis.

Solskjaer is under pressure now and if results do not turn around quickly, there will be growing calls from a disillusioned fan-base for him to be sacked. Perhaps that would be a fitting way for Ed Woodward, United’s under-achieving vice-chairman, to end his blighted spell in charge.

Leicester had not won in the league for four matches before United’s visit and Brendan Rodgers, who had reiterated his commitment to the club in response to supposed interest from Newcastle United, made five changes to the side that drew at Crystal Palace a fortnight ago. Jonny Evans was back in central defence. Maddison was back, too, tucked in behind the forwards.

Leicester started brightly even though United had welcomed back Maguire after a calf injury and had restored Ronaldo to the starting line-up after the hysteria that greeted him spending the first 57 minutes of the draw against Everton earlier this month on the bench. Maguire looked rusty from the start and the Leicester fans enjoyed their former defender’s discomfort mightily.

Getting the best out of Pogba, who played so well in France’s Nations League victory during the international break, is still high on Solskjaer’s to-do list, too, and Pogba was robbed early on by Kelechi Iheanacho to set up an early chance for the home side that was cleared after some penalty box pinball.

But even though Leicester were the better team early on, it was United who got the breakthrough in the 19th minute. 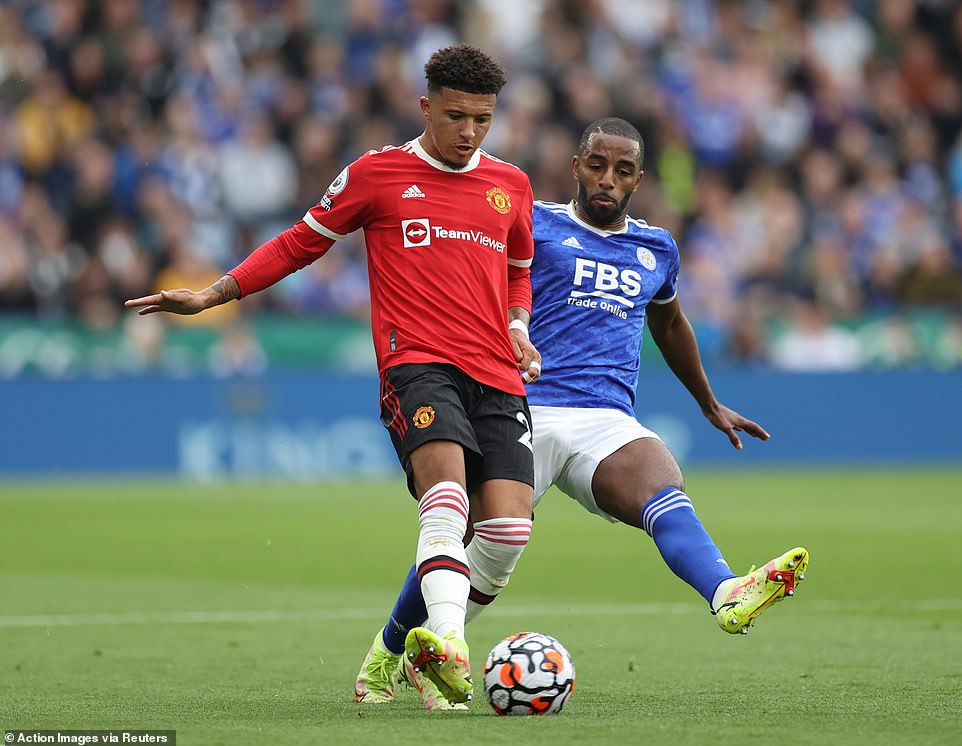 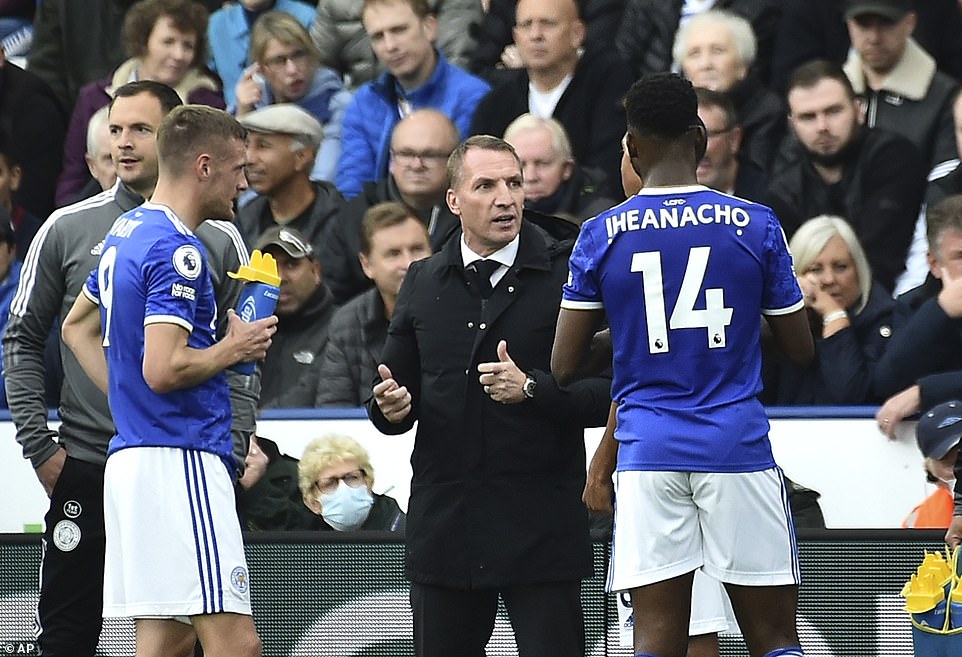 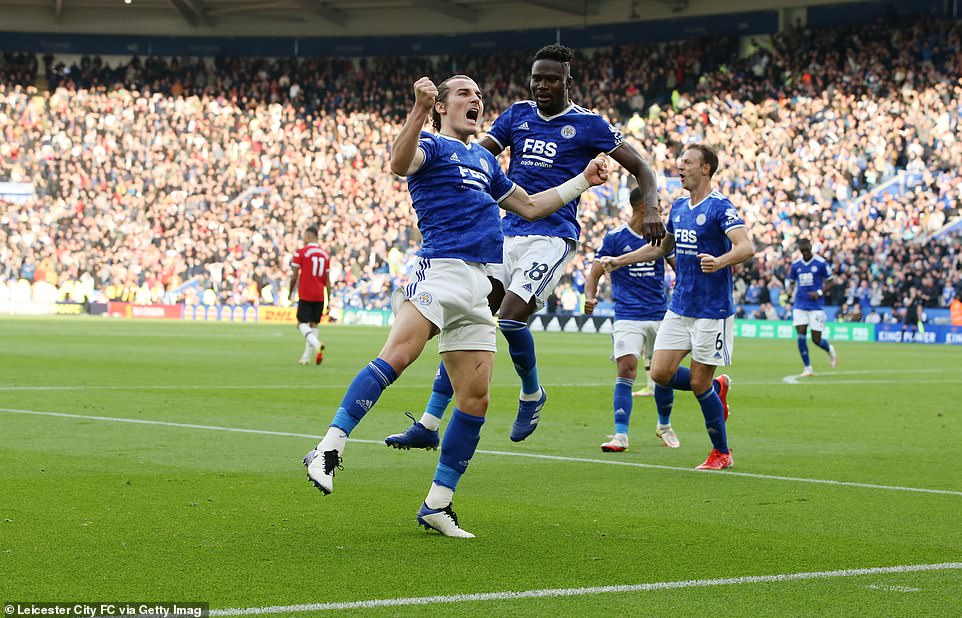 Mason Greenwood had already proved his intent and his ambition not long before when he turned away from trouble in his own half, played a one-two with a team-mate, sprinted towards goal and then curled a shot too close to Kasper Schmeichel. This time, he improved on that.

Greenwood and Bruno Fernandes swapped passes wide on the United right and then Greenwood cut inside with a sudden burst that wrong-footed Timothy Castagne. Greenwood was 20 yards out when he shot. He hit it with the outside of his left boot so that it swerved viciously away from Schmeichel and eluded his desperate dive as it flew in off the post.

It was another reminder of Greenwood’s frightening talent. ‘Two goalkeepers aren’t stopping that,’ former Everton star Leon Osman said on the radio.

The young United forward is still only 20 years old but he has so much potential that it has led many to question why United felt the need to invest in Ronaldo when United’s weaknesses so obviously lie elsewhere. 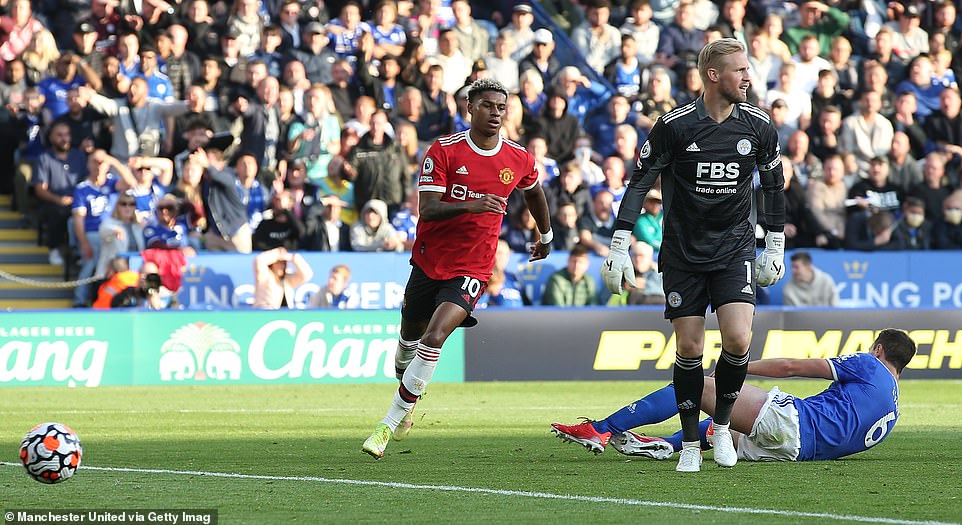 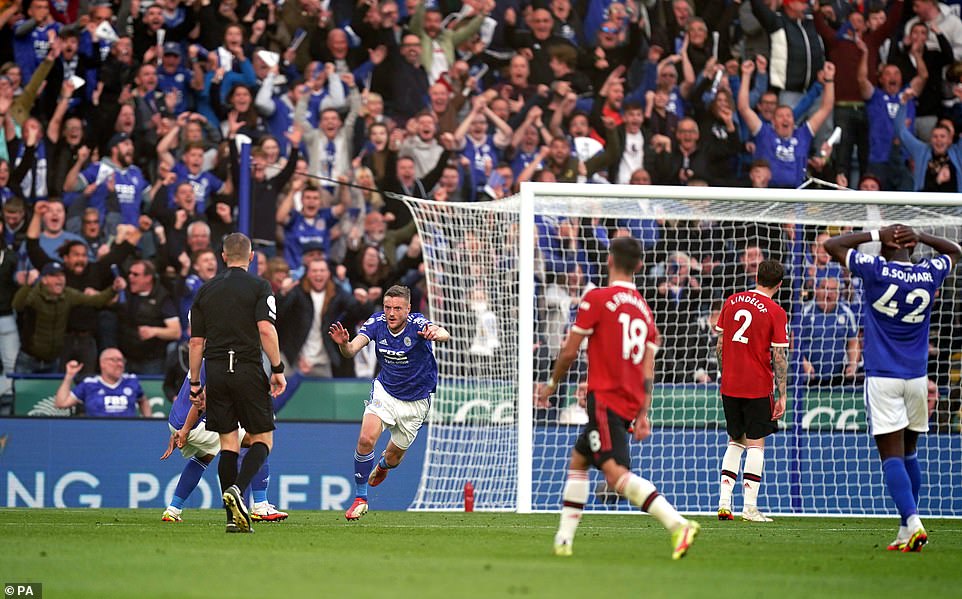 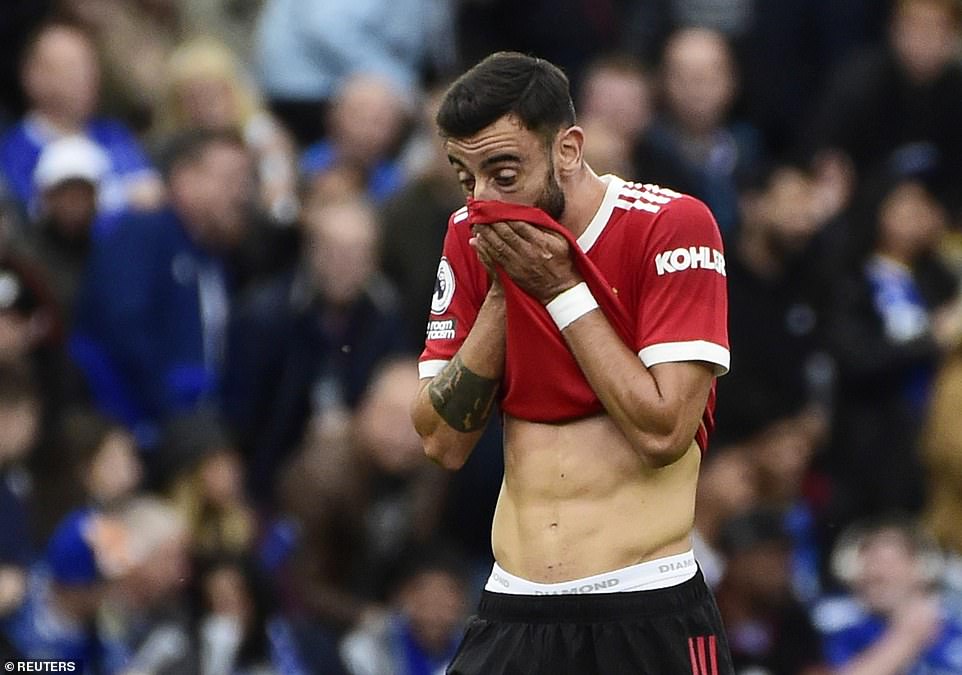 Leicester responded well to the setback and the game rushed from one end to the other. Maddison, shimmering back to form after a fallow period and linking wonderfully with Tielemans, floated a lovely pass across the box to Ricardo Pereira at the back post and his volleyed cross bounced across goal, begging for a final touch. For once, Jamie Vardy arrived just too late to apply it.

But it was only a temporary reprieve for United. They only had themselves to blame for Leicester’s equaliser 15 minutes before half time. United tried to play the ball out from the back and when De Gea swept it wide to Maguire, he waited for it for far too long and was dispossessed by Iheanacho. Iheanacho played the ball inside to Tielemans and he curled his shot with lazy, deadly precision over De Gea into the top corner.

United struggled to impose themselves after the interval and midway through the second half, Jadon Sancho, who had shown flashes of his old form for England in the last 10 days but was anonymous at the King Power, was substituted for Marcus Rashford. It was Rashford’s first appearance since he had shoulder surgery last summer and he was greeted with a deafening cheer by the travelling United fans.

But neither Rashford, nor Ronaldo, nor anyone could disguise United’s ongoing shortcomings. They remained, at times, infuriatingly casual.

With 15 minutes to go, Matic dawdled on the ball midway inside his own half and tried a stupid flick to his right. Tielemans intercepted it and pushed through a half-hearted tackle from Pogba. His shot was goal-bound until a brilliant save from De Gea tipped it on to the post. 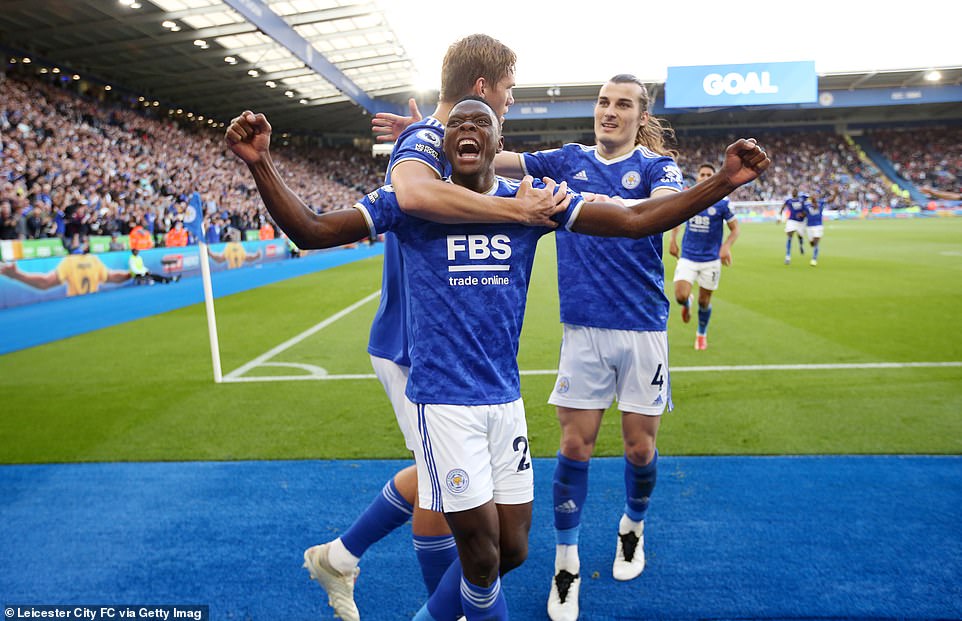 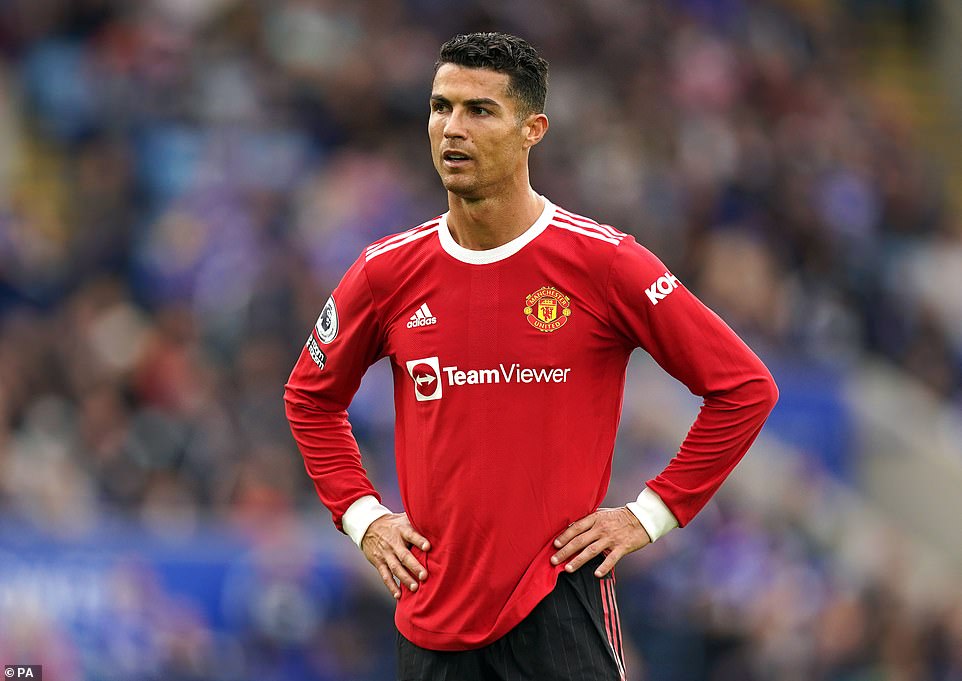 The game had not been quiet anyway but now it was about to explode. United failed to clear a Leicester corner from the right, De Gea saved a prodded shot from substitute Patson Daka and Caglar Soyuncu was there to lash it into the empty net. United appealed for offside. Replays suggested that he had been played onside by Maguire.

A couple of minutes later, United struck back. Victor Lindelof launched a long ball out of defence and Rashford made a brilliant run behind the Leicester defence to latch on to it. He took a couple of touches to steady himself and then smashed his shot beyond past Schmeichel. It was as if he had never been away. Or, perhaps more accurately, it was as if we had the old Rashford back, the striker who shone so brightly before he was inhibited by the pain in his shoulder.

Rashford had no time to dwell on his happy return, though. United had barely finished celebrating when substitute Ayoze Perez ran at them down the Leicester left. He flicked a ball to the edge of the box where Vardy was waiting. He took it first time as it bounced and crashed it past De Gea to put Leicester ahead again.

United were in chaos now. At the start of five minutes of added time, they went further behind. Tielemans bent in a free kick from the byline with pace and fizz and United’s defence was exposed again. The ball was deflected to the far post where Zambia forward Daka had time to miscontrol it, recover his poise and slot the ball over the line.