Caretaker manager Michael Appleton hopes to continue to build some momentum for Leicester by taking the club into the latter stages of the Carabao Cup.

Appleton, placed in charge last week after Craig Shakespeare was sacked, oversaw only a second Premier League win of the season for Leicester, the other of which came against Brighton on August 19, as he guided the team to victory at Swansea on Saturday.

The 41-year-old will remain in charge for Leeds’ visit to the King Power Stadium on Tuesday night in the Carabao Cup, with Leicester’s Thai owners working to have a new permanent manager in place for Sunday’s home league game against Everton.

Michael Appleton, Leicester’s caretaker boss, is targeting a run in the Carabao Cup

Victory over Leeds, who are fourth in the Championship, would extend Leicester’s unbeaten run to four matches and see them reach the quarter-finals of the competition.

‘My job is to carry on preparing for the games ahead until I am told differently,’ Appleton said.

‘Tuesday night is a different competition and a chance to get into the last eight.

‘If it is another win, great. Winning is a good habit to get into and gives you momentum.

‘If not, all of a sudden the coin will flip and everyone will be looking as quick as they can to bring someone in.’ 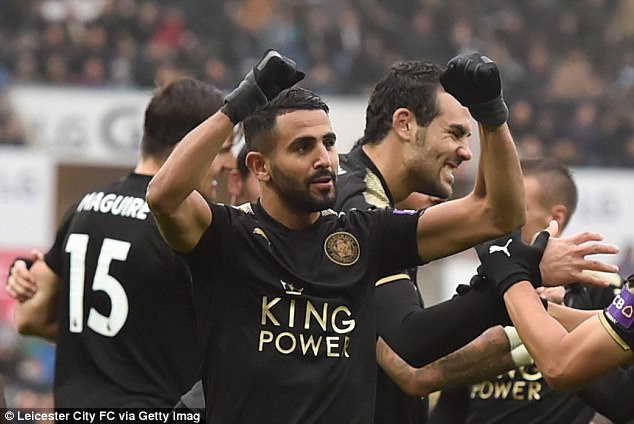 Appleton made just one change against Swansea, recalling Shinji Okazaki, who scored in the 2-1 win, in place of Kelechi Iheanacho.

The former Oxford boss has hinted that he may make a few changes against Leeds with a vital Premier League clash against Everton looming.

‘We will look at it in terms of players coming in and players being rested for the weekend,’ he said.

‘I’m mindful of the fact that over the two games we’ve made certain changes. But we’ve made changes to go and win those games and it will be no different on Tuesday.

‘I believe if you have got a squad of 18 to 22 players and you are struggling to give some of them an opportunity in the league fixtures, then cup competitions can be really good.

‘The fact we’ve come through two tough games so far then hopefully they’ll go for it in the same mindset and see it as an opportunity to impress.’ 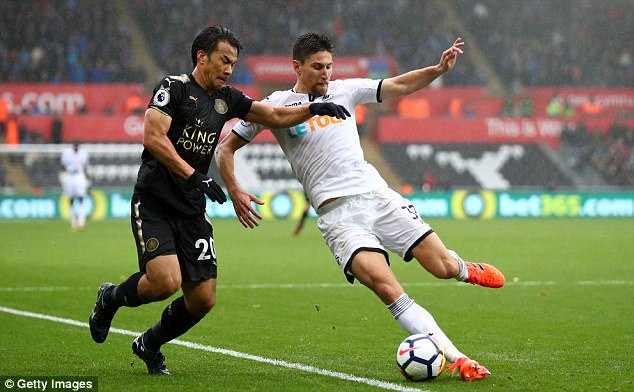