An entrepreneur who became a millionaire by the age of 16 thought of poor people as ‘scroungers’ until he lived like one for a reality TV show.

Dhillan Bhardwaj, 21, lives in a 20-bedded mansion surrounded with 42 acres of land in the Leicestershire countryside.

Millionaire Dhillan Bhardwaj, 21, lived with mother-of-five Elaine Sullivan who is on benefits

His family also own more than 20 cars including Rolls-Royces, Ferraris, Lamborghinis and BMWs.

But the young businessman got to see how the other half live when he spent two days with mother-of-five Elaine Sullivan as part of Channel 5’s Rich Kids Go Skint TV show.

The 59-year-old supports herself and her kids on benefits in Warlingham, Surrey.

Dhillan, from Loughborough, Leicestershire, said the experience opened his eyes and changed his opinion after admitting he assumed people living on benefits were lazy scroungers.

He told The Mirror: ‘Meeting Elaine changed my ­impression of people on benefits. 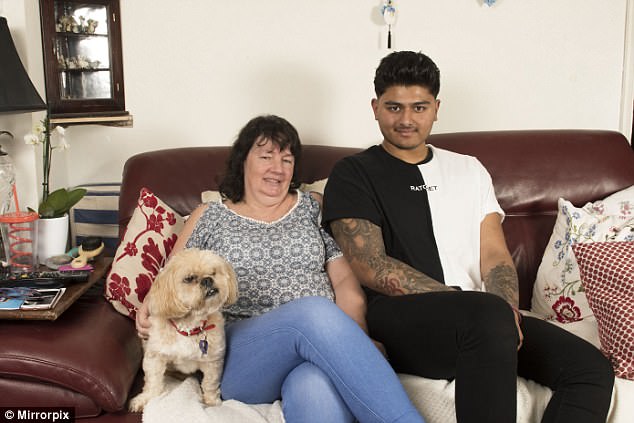 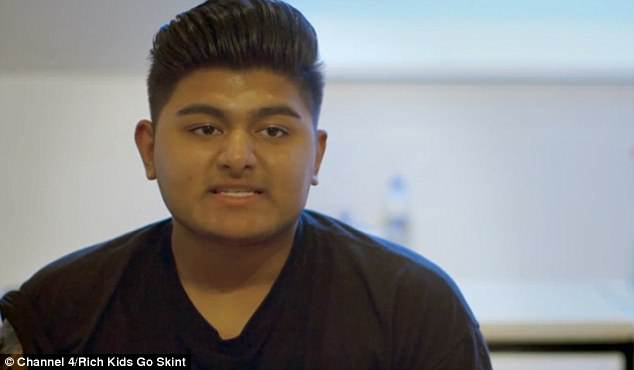 The 21-year-old founded his clothing brand Ratchet when he was 16 and it’s been worn by the likes of Rihanna, Miley Cyrus and Azealia Banks

‘Previously, I thought a lot of people on benefits didn’t work ­because they were lazy.

‘Now I know this isn’t the case. I feel very grateful that I have a safety net if anything ever goes wrong with my company. And I have realised there are valid reasons why people need help.’

The entrepreneur founded his clothing brand Ratchet when he was 16 and it’s been worn by the likes of Rihanna, Miley Cyrus and Azealia Banks.