An Islamic teacher is alleged to have told two boys to kill people who spoke out against Islam and prepared them for jihad by teaching them to throw butter knives and shoot using Nerf guns.

Pharmacist Zameer Ghumra from Leicester is accused of showing two primary school-aged boys videos of beheadings in order to brainwash them into following ISIS.

At the trial at Nottingham Crown Court, both boys gave evidence and claimed that Ghumra, who ran a small madrassa for pupils of Islam, told them to encourage other people to visit Syria and fight for ISIS.

He is on trial for disseminating ‘terrorist propaganda’ in the form of a Twitter video on his mobile phone between January 2013 and September 2014. 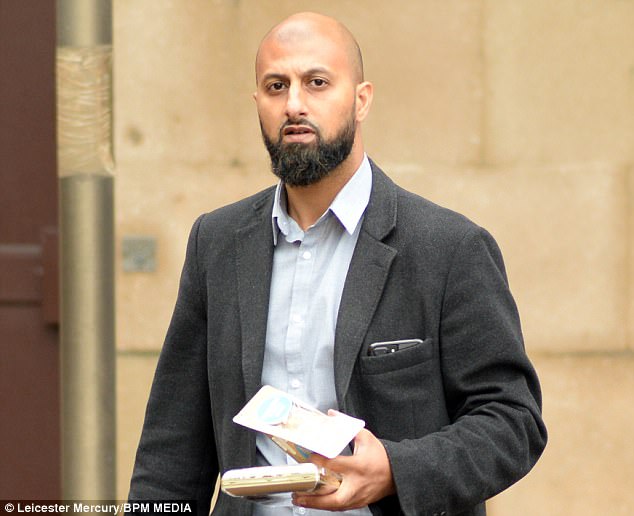 One young boy claimed Ghumra, pictured, taught him how to throw knives and punch and kick 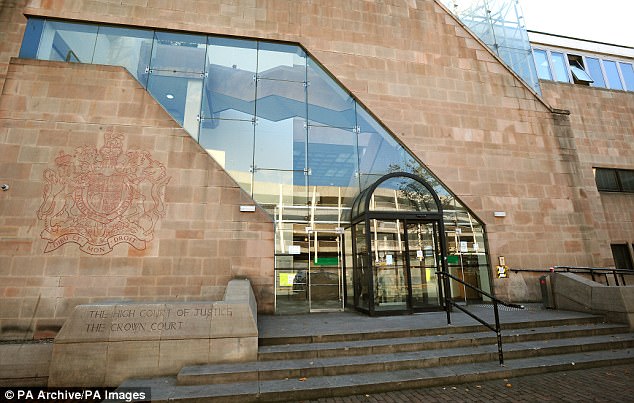 The first boy said in his evidence: ‘He had ISIS training videos and people being beheaded.

‘There was talking and then the American soldier was beheaded.

‘It made me feel disgusting. He said if you truly love Allah then you do it.

‘I told him I get a horrid feeling when I see this.’

The boy claimed he had been shown ‘a lot’ of beheading videos by Ghumra and that his brother was also present and that Ghumra was extreme in his views.

He said: ‘He believes in a very, very, very extreme Islam. He believes if anyone’s non-Muslim and they say anything bad about Islam you kill them.

‘And you can’t make friends with any non-Muslim.’

The boy also claimed Ghumra taught him how to fight and urged him to encourage other people to support ISIS if he didn’t want to go to Syria.

The second boy then gave evidence and spoke about how Ghumra ‘brainwashed’ him.

‘He said that ISIS are good and he used to get us Nerf guns and tried to teach us how to survive in a situation like Isis.

‘He said that if you don’t follow the rules of Islam you go to hell.