Jonny Evans is poised to be handed a one-year extension to his Leicester contract but the club will listen to offers for Jannik Vestergaard and Boubakary Soumare this summer.

Evans’ current deal expires at the end of next term but the former Manchester United defender is highly valued by boss Brendan Rodgers, meaning he will be offered new terms to keep him at the club until 2024.

Yet the story is different for Vestergaard and Soumare, who were signed for a combined total of close to £40million last summer. 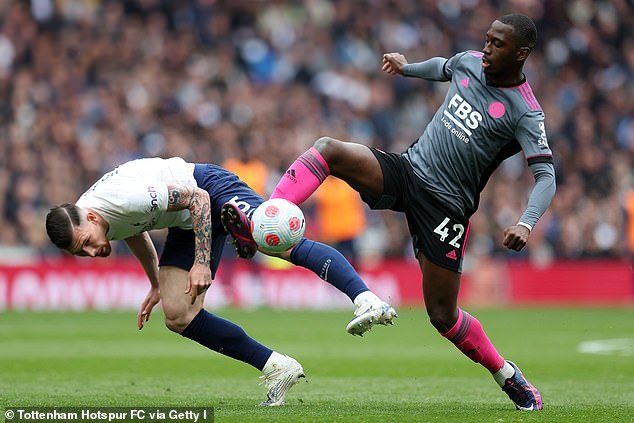 However, the club will listen to offers for Boubakary Soumare (right) and Jannik Vestergaard

Vestergaard, 29, was signed from Southampton as defensive cover when Wesley Fofana sustained a serious injury during pre-season.

It was also hoped Soumare, 23, would be the long-term successor to Youri Tielemans in central midfield, but the pair started only 18 games between them in the Premier League and Rodgers is keen to make changes to the squad this summer.

As such, they will be allowed to leave if a suitable bid arrives – along with Caglar Soyuncu, Ayoze Perez and Hamza Choudhury – though the Foxes are likely to have to accept a loss if these players are to be sold. 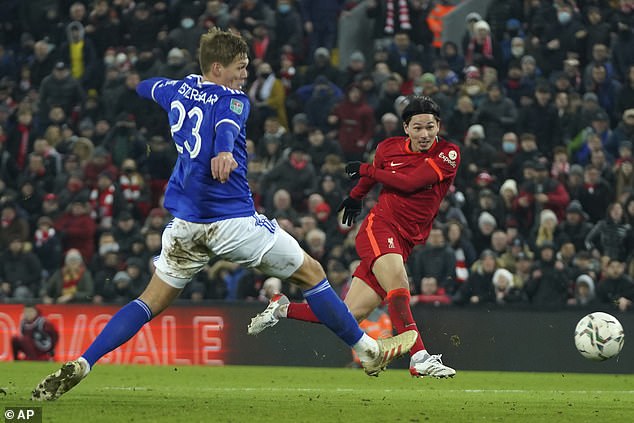 Vestergaard, 29, was signed from Southampton as cover when Wesley Fofana was injured

Rodgers has spoken of ‘a healthy shake-up’ at Leicester and would like a centre-back, a dynamic central midfielder and a right-sided attacker.

Tielemans, who has only one year left on his contract, is a £25million target for Arsenal, while there is also interest in James Maddison and Harvey Barnes.

On-loan winger Ademola Lookman would cost £14m from RB Leipzig if Leicester were to make the move permanent.