A schoolgirl opened a Zoella-themed advent calendar to discover a Stanley knife that looked ‘like it had been made in prison’.

Evie Robbins, 12, from Leigh, Greater Manchester, got the advent calendar endorsed by the hit vlogger and was looking forward to the twelve gifts it contains for advent.

But after taking a peek inside, she was shocked to find a gruesome-looking Stanley knife with a razor-sharp blade. 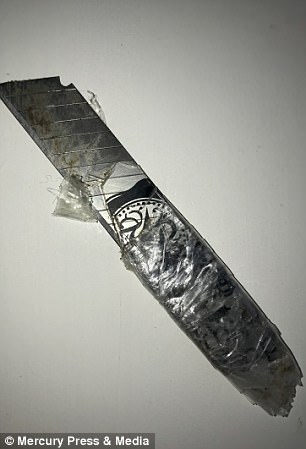 Evie’s mother had purchased the £25 calendar from Boots online as a treat for her daughter in the build-up to Christmas.

But the family have now sent out a warning to other parents after discovering the potential weapon wrapped inside.

Evie’s sister Nicola said: ‘Evie opened the casing just to have a look at what gifts were in it and said “mum, there’s a knife”. My mum was like “what do you mean there’s a knife?”

‘Inside there’s two candles, stickers, a notebook, a fluffy bauble thing for your keys and some other stuff.

‘I wouldn’t want to say if it had been done in a malicious way but you just don’t know what people are thinking.

‘It looks as if it’s been dropped in by someone. It’s wrapped up in cellophane around the handle and the blade is uncovered. Nothing on the box itself was damaged.’ 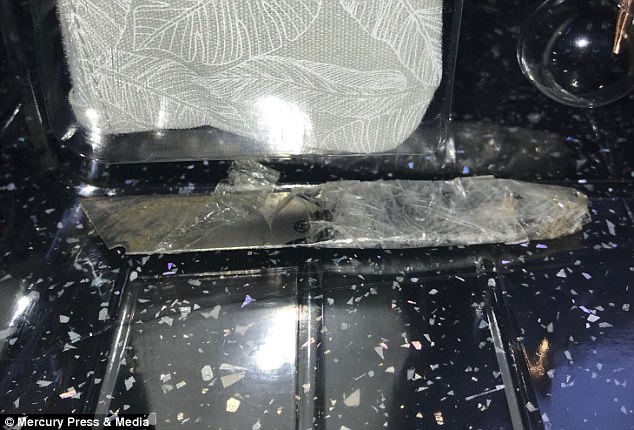 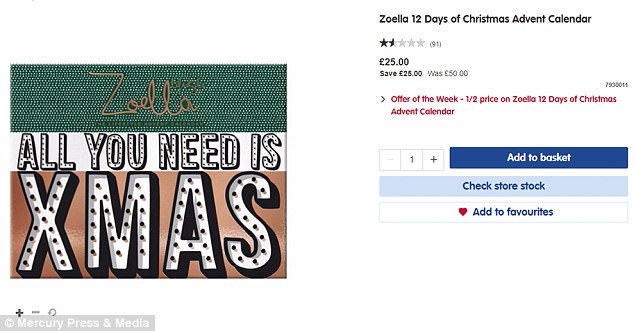 The £25 calendar, which contains 12 gifts, was knocked down from a price of £50 online

She added: ‘People have said it looks like it was made in prison. It’s weird how it’s half wrapped up and half uncovered.

‘I don’t really know much about this Zoella myself, but I know a lot of kids my sister’s age or younger love her and many will have bought this calendar.

‘The blade of the knife is sharp enough to cut yourself with. If someone was opening the calendar and obviously not expecting to find that, they could hurt themselves.’

Boots have now vowed to look into the complaint and investigate the matter further with their supplier.

A spokesperson for Boots UK said: ‘The quality and safety of our products is of the utmost importance to us and we are very concerned to hear about this.

‘We have been speaking to the customer directly and have requested that they return the product and its packaging to our Customer Care team as soon as possible. Once we have received the product our Product Quality Team will investigate the matter further with our supplier.’ 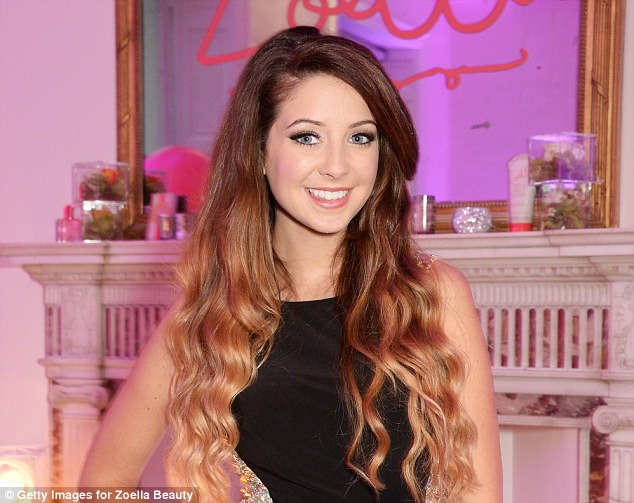