Leonard Bernstein centenary: what events to look out for

Lenny is doomed to success,’ a student friend confided to his diary when Bernstein was still in his teens.

And it was true. Lenny, the centenary of whose birth will be widely celebrated this coming year, had it all. Or at least seemed to.

A brilliant pianist, he became a celebrated conductor, making his name with the New York Philharmonic in the Fifties and Sixties, where he established his reputation as a trailblazing exponent of a neglected symphonist. A guy called Gustav Mahler. Whatever happened to him?

Leonard Bernstein’s (above) centenary will be widely celebrated this coming year. So how well will his reputation stand up to exposure, and scrutiny?

And he was a composer who could turn out ambitious, often pretentiously entitled symphonies but whose greatest talent lay on Broadway. There’s no shortage of people who think West Side Story is the finest musical ever written.

But Bernstein also created Candide, a problem child with six librettists and lyricists that grew up to become a landmark show.

The overture to Candide is an outstanding showpiece for orchestra. And the concluding number, And Make Our Garden Grow, is as touching in its way as anything by Verdi or Puccini. Hampshire’s Grange Festival will stage Candide in July.

Bernstein was also a superb musical educator, a strikingly handsome man, at least until the whisky got to him in his final years, who used his personal charisma to put his message across on public television in a way few others could.

Natalie Wood’s songs in the film of West Side Story were actually sung by ‘ghost singer’ Marni Nixon, who also sang on The King And I and My Fair Lady.

Yes, Lenny had talent. Maybe, in truth, too much. There were so many demands on his time that almost everything was done in too much of a rush.

So even his finest musicals were never scored properly. A lot of his symphonic music was also too rushed, leading to superficiality and pretentiousness rather than profundity.

A classic example of that is his ambitious Mass for the opening of the Kennedy Center, launched with huge fanfares, but greeted with limp applause. It’s being performed at the Royal Festival Hall on April 6 and 7.

Then there’s his conducting. By the end, Lenny was hugely fashionable in Europe, touring with the Vienna Philharmonic and so on.

But, beyond his work as a Mahler pioneer, few of his other interpretations are admired the way recordings by near contemporaries such as Herbert von Karajan and Georg Solti are.

So, yes, Lenny was doomed to success, but also to failure, as his reach so often exceeded his grasp. You can be given too much, and maybe Lenny was.

This coming year – starting next month with Deutsche Grammophon rereleasing Candide and West Side Story conducted by Bernstein himself, and a Barbican weekend of Bernstein music – we shall certainly see how well his reputation stands up to exposure, and scrutiny.

BOX SET OF THE WEEK 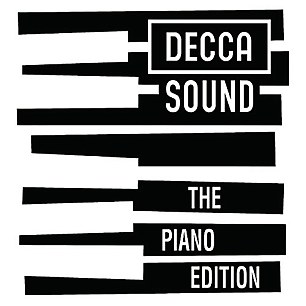 This is an outstanding bargain: 55 CDs from over 50 years of recordings for under £100

This is an outstanding bargain. To get 55 CDs from more than half a century of Decca recordings, most of them artistically excellent, for under £100 online, makes this a self-recommending issue.

Decca have always had a wonderful roster of pianists.

What you get here are great names like Clifford Curzon and Vladimir Ashkenazy, pianists of historical significance such as Dinu Lipatti and Clara Haskil, as well as players who are perhaps now forgotten, but shouldn’t be, like Moura Lympany.

Pianophiles will get a lifetime of listening pleasure from this set; there’s just so much for the connoisseur to enjoy.

Beginners who want to know more about great piano recordings can be safely advised to start here.