Their relationship has reportedly grown stronger while quarantining together amid the ongoing coronavirus pandemic.

And Leonardo DiCaprio and Camila Morrone made a show of it on Wednesday as they stepped out together in Santa Monica, California for dinner.

The 45-year-old Once Upon A Time In Hollywood star and the 23-year-old actress and model were spotted as they headed in together to the popular Italian restaurant Giorgio Baldi.

Leonardo was dressed his usual casual attire, which included a navy blue jacket and a pair of dark jeans.

He had a black baseball cap slouched low over his face, and he contrasted his white tennis shoes with his otherwise dark outfit.

Camila stunned in a sizzling ensemble as she went bra-free while wearing a skimpy ribbed white crop top that highlighted her taut midriff.

The 5ft9in beauty contrasted her top with a black leather skirt and black stilettos that strapped around her ankles.

She stayed on the leather theme with a black moto jacket, though she didn’t wear it for parts of the evening. 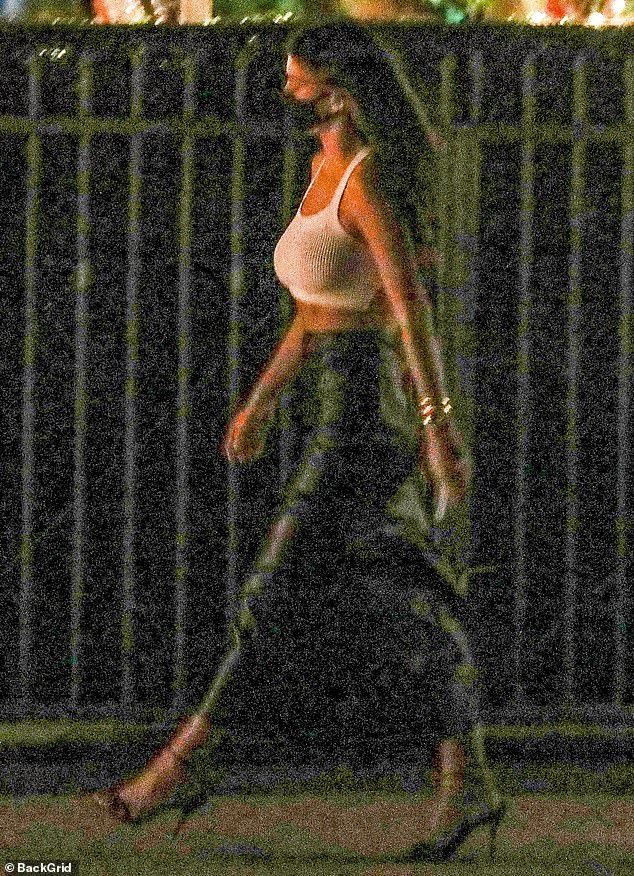 Fierce: Camila went bra-free with her white ribbed tank top, and she contrasted it with a stylish black leather skirt and black stilettos that strapped around her ankles 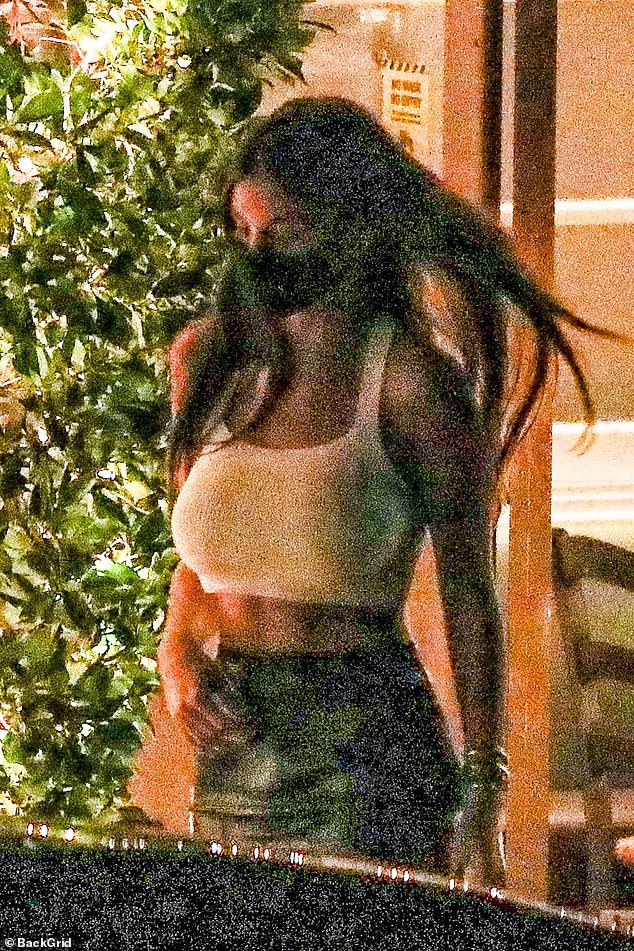 Aside from their time together, both Leo and Camila have been politically and civically engaged on social media.

On Wednesday, the Oscar winner shared a post from the Sierra club criticizing President Donald Trump for being ‘the only president in U.S. history to have removed more public lands than he protected,’ before adding that, ‘he needs to go.’

The day before, Camila shared her process for staying engaged as she filled out her ballot to vote early in the November 3 general election.

The Mickey And The Bear star shared a time-lapse video of her moving at lightning speed while considering candidates and nervously massaging her face.

‘Today, I learned that I touch my face way too often and need to work on that,’ she joked. ‘But more importantly, I VOTED. (from the comfort of my home & it was easy)✌.’ 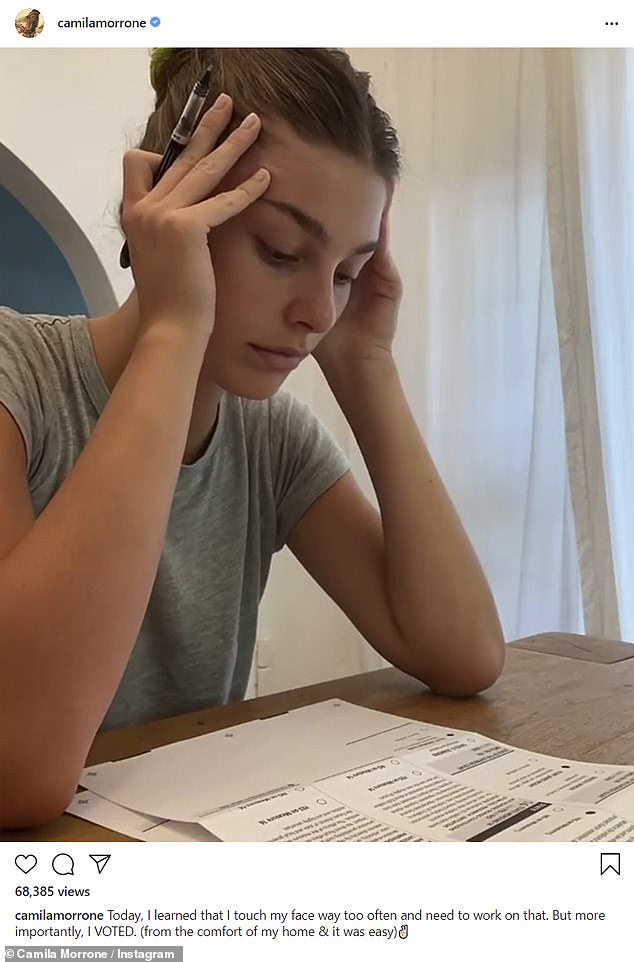 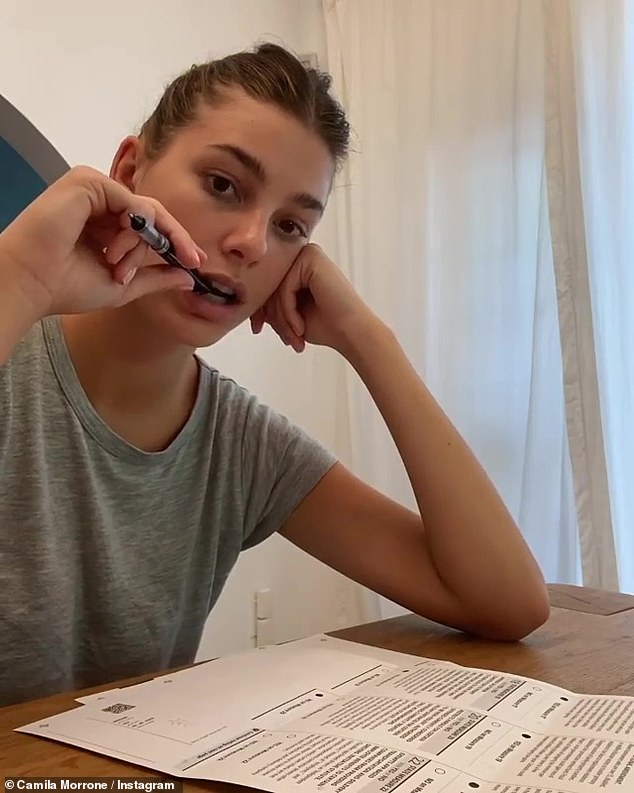 Revealing: The rising actress posted a funny time-lapse video of herself going over the choices, which revealed that she touches her face a lot

Camila and Leonardo were first linked in December 2017, but since then their relationship appears to have grown stronger, and she even accompanied him to the Academy Awards in February, where his film Once Upon A Time In Hollywood was up for multiple Oscars.

Though the Revenant star is often a lone wolf, he seems to be enjoying more time together during the pandemic.

A source told People in June: ‘He is usually very independent, spends lots of time with friends, but because of the lockdown, he has mostly spent time with Camila. He loves being with her.’ 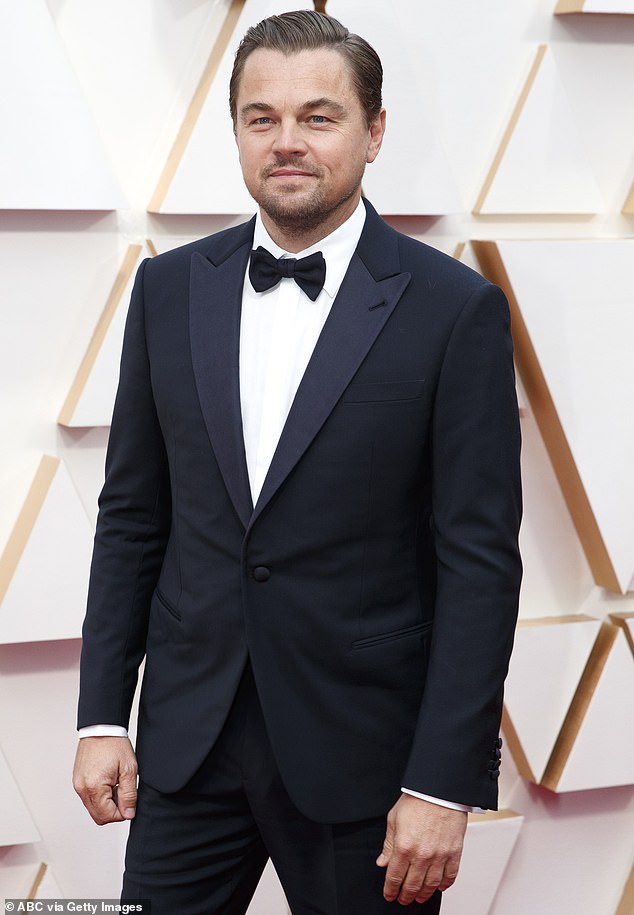 Growing closer: In June, a source told People that Leo ‘is usually very independent, spends lots of time with friends, but because of the lockdown, he has mostly spent time with Camila. He loves being with her’; shown in February 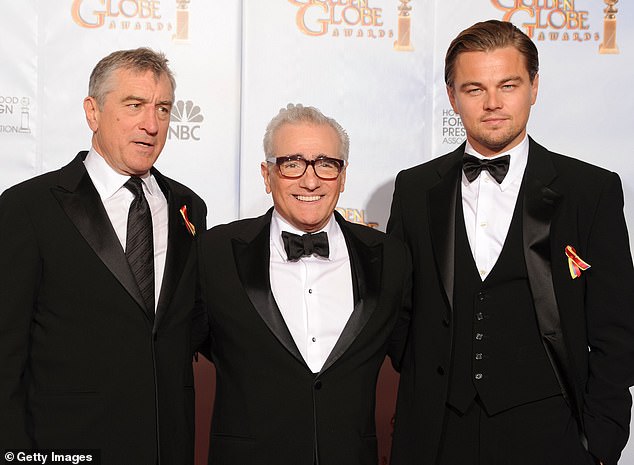 Coming soon: The actor will reunite with Martin Scorsese for the historical crime film Killers Of The Flower Moon, which he’ll appear in with Robert De Niro; seen in 2010

One of Leonardo’s next major projects will reteam him with is regular collaborator Martin Scorsese.

He’s set to star in the historical crime film Killers Of The Flower Moon, based on David Gran’s book of the same name about the FBI investigation into murders of Osage tribe members after oil deposits were discovered on their land.

Leo will star in an unusual role for him as one of the men involved in the tribal murders, while another key Scorsese collaborator, Robert De Niro, will star as a cattle baron who helped spearhead the murders.

DiCaprio as also been announced to star in two other Scorsese projects, including a biopic about President Theodore Roosevelt and a miniseries adaptation of the true crime book The Devil In The White City, in which he will star as the real-life serial killer Dr. H. H. Holmes.

The actor has worked on some of Scorsese’s most acclaimed films from the past two decades, including Gangs Of New York, The Aviator, Shutter Island and The Wolf Of Wall Street. 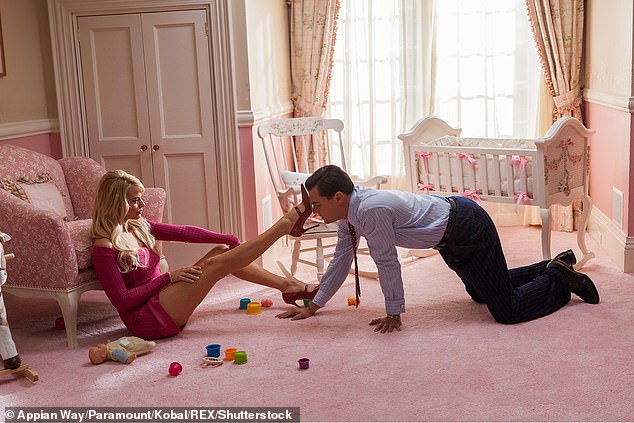 Old pals: The actor, who has worked often with Scorsese, will also play Theodore Roosevelt for him, as well as the serial killer Dr. H. H. Holmes; still from The Wolf Of Wall Street with Margot Robbie