‘She’d be thrilled to know I’d held your hand’: Les Dennis fights the tears as he remembers his late mother while meeting The Pope during celebrity pilgrimage to Rome

Les Dennis had to fight back the tears as he shook hands with Pope Francis and recalled his late mother.

The presenter, actor and comedian, 65, said: ‘My mother would be thrilled to know I had held your hand.’

Dennis’s mother Winnie Grimes died in 1977 and was a devout Catholic but lost her faith after she had a child out of wedlock, Les’s older sister Marg.

After a priest refused to baptise her, Mrs Grimes decided to bring up her family as Church of England.

Pope Francis replied to Dennis: ‘Greetings to your mother.’

The meeting came about as part of the final episode of the three-part BBC2 series Pilgrimage: The Road to Rome which airs tonight at 9pm.

Les Dennis’s mother Winnie Grimes left the Catholic Church after having a child out of wedlock which a priest refused to baptise. The Pope said to the actor: ‘Greetings to your mother’ 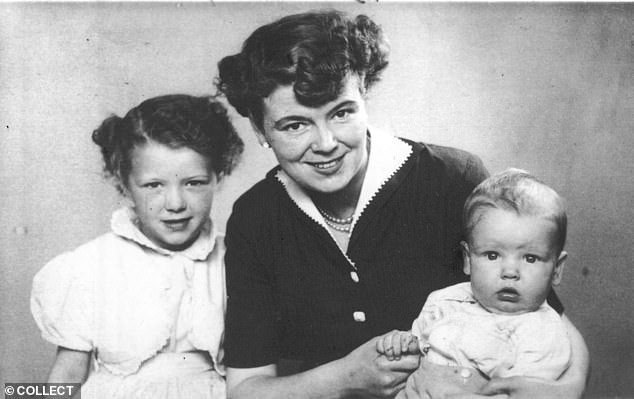 Comedian Les Dennis as a baby, pictured with his mother Winnie and sister Margaret 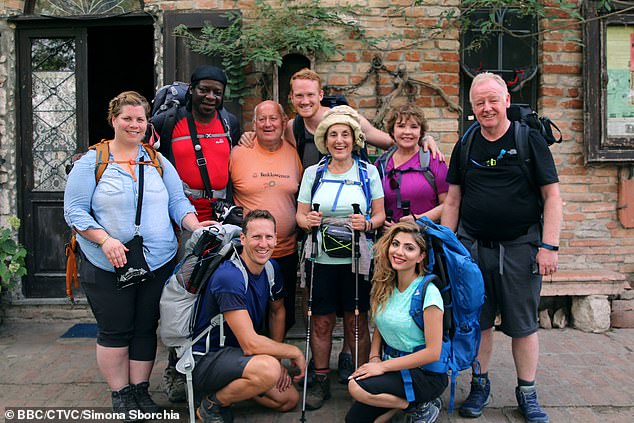 The programme sees eight celebrities of different religious beliefs follow the route of an ancient pilgrimage towards Rome.

They had 15 days to tackle 1,000km from the Alps to Rome living as modern-day pilgrims. 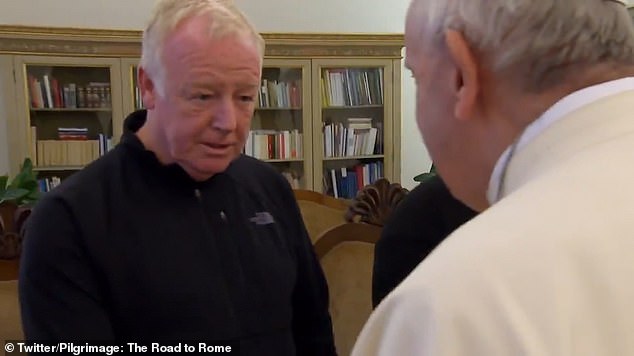 The actor, comedian and presenter, 65, was emotional as he met Pope Francis and recalled his mother who died in 1977 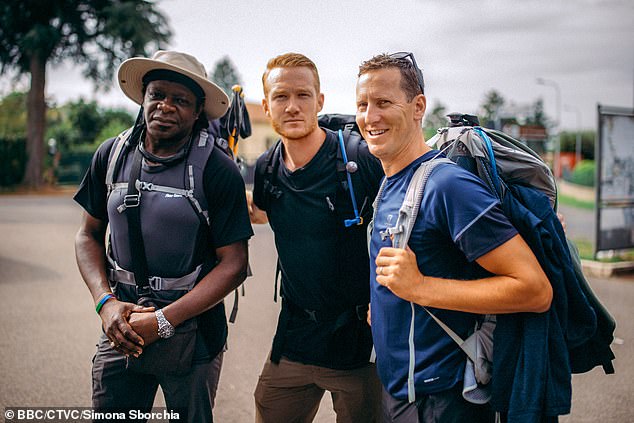 Stephen K. Amos (left) also had an emotional moment with the Pope after he questioned the Catholic leader’s stance on homosexuality

In another moving exchange with the Pope, gay comedian Stephen K. Amos was moved to tears after the Catholic leader rejected homophobia.

An emotional Amos told Pope Francis how he recently lost his mother and twin sister who were both very religious, according to The Mirror.

He said how he was not religious but was looking for faith and answers on the pilgrimage because he did not feel accepted as a gay man.

The leader of the Catholic Church replied: ‘Giving more importance to the adjective [gay] rather than the noun [man], this is not good.

‘We are all human beings and have dignity. It does not matter who you are, or how you live your life, you do not lose your dignity.

‘There are people that prefer to select or discard people because of the adjective. These people don’t have a human heart.’

Amos left the conversation in tears saying he has been prepared to walk out if the Pope had given the answer he was expecting.

Pope Francis also asked for Amos and the other celebrities to pray for him so he can do his job better.

Pilgrimage: The Road To Rome airs on Friday night at 9pm on BBC Two