The infant granddaughter of multimillionaire ex-CBS chief Les Moonves is living in a cockroach-infested Manhattan apartment as his son ‘can’t afford’ to pay more child support, the baby’s mother claims.

DeMasi spoke out to reveal that Adam is currently paying $2,500 a month in voluntary child support and covering one day a week of day care.

However she alleges the wealthy Moonves family is refusing to pay more to support for 11-month-old Ari because they claim her former flame doesn’t work and ‘can’t afford it.’ 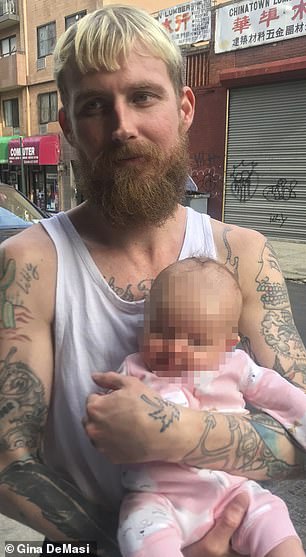 She told Page Six: ‘Adam lives a life of luxury, he’s basically a party boy and lives in between New York and LA. He has a beautiful apartment near Union Square. But he seems fine with his daughter living in poverty.

DeMasi added: ‘I keep the apartment super clean but I am worried about Ari’s health.’ She claimed that she has lived in the apartment for years by herself but is not fit for a small child. 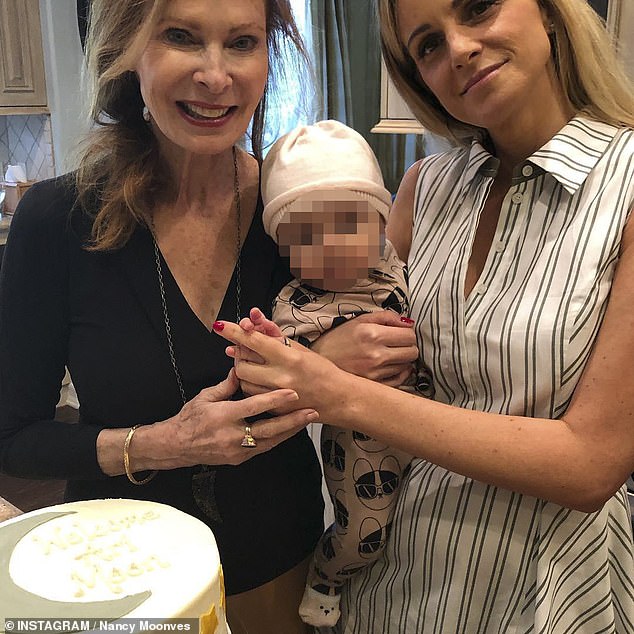 Gina DeMasi, (right), claimed she asked Adam Moonves’ mother Nancy, (left) for help but she said she told her ‘the family doesn’t want to talk about money’ and the $2,500 per month he currently pays is all Adam can afford 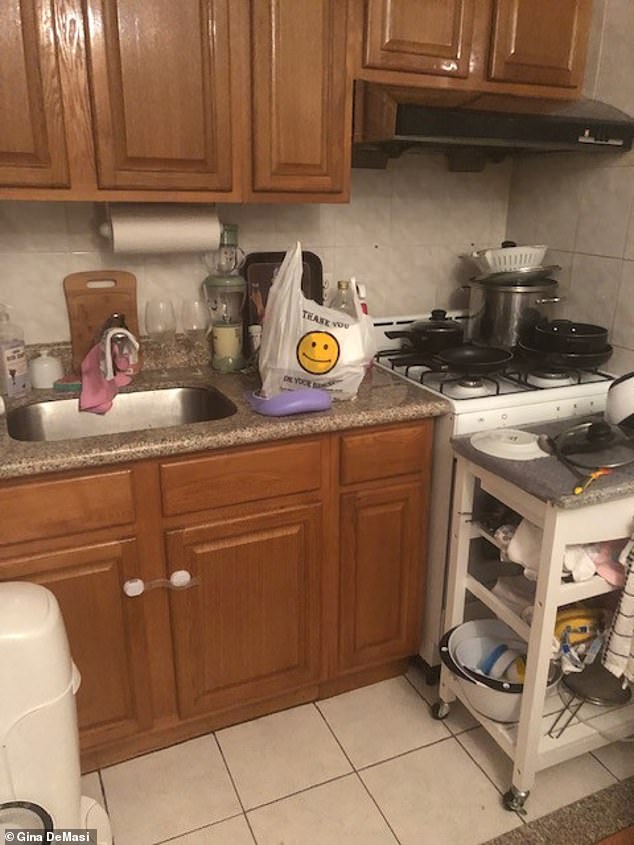 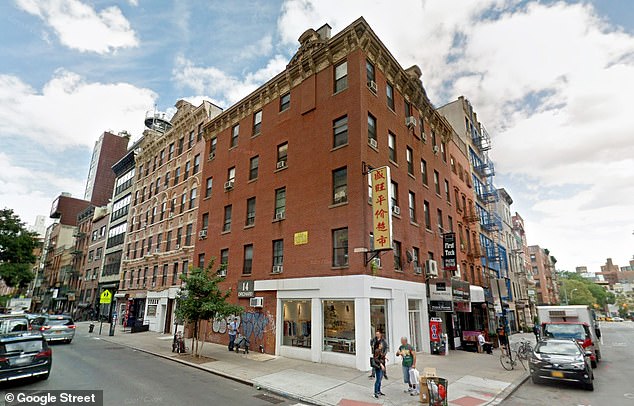 DeMasi lived in her Chinatown apartment for years before she had baby Ari, but says it is not fit for a child

He stepped down from his role in September after multiple women accused him of either forcing himself on them or being sexually inappropriate.

CBS hired two law firms to look into the allegations being made about the 69-year-old executive, who was named president of the company in 1995 and in 2016 also became the chairman.

He has denied having any non-consensual sexual relationships.

In the wake of the scandal, his wife Julie Chen also left her spot as host of the network’s daytime show The Talk while defending her husband. 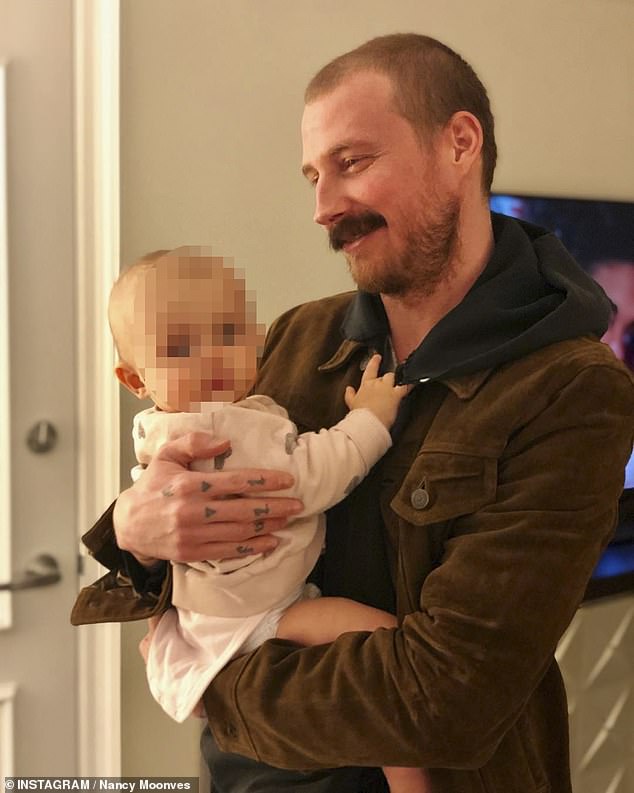 Adam Moonves currently pays $2,500 a month in voluntary child support and his lawyer said any claim that Adam ‘has not met and exceeded his financial obligations is demonstrably false’ 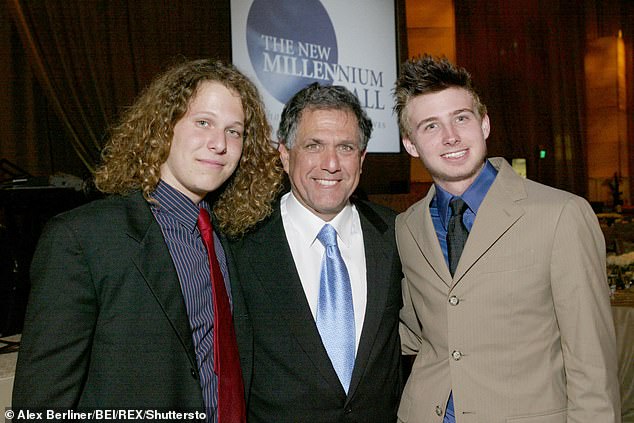 He will be set to walk away with a $120 million golden parachute if an investigation into his allegations of sexual misconduct found that there were no grounds to terminate him for cause.

Page Six reported that his son Adam does not have a full-time job and likely has a substantial allowance or trust fund from his father, Les, Gina DeMasi claimed.

Meanwhile, an attorney for Adam insists he has fully supported his daughter with ‘substantial’  payments – but refused to clarify what those payments amount to.

DeMasi told Page Six: ‘Adam’s $2,500 a month just about covers health insurance and rent, but leaves me nothing for food. I work two days a week, and the rest from home. 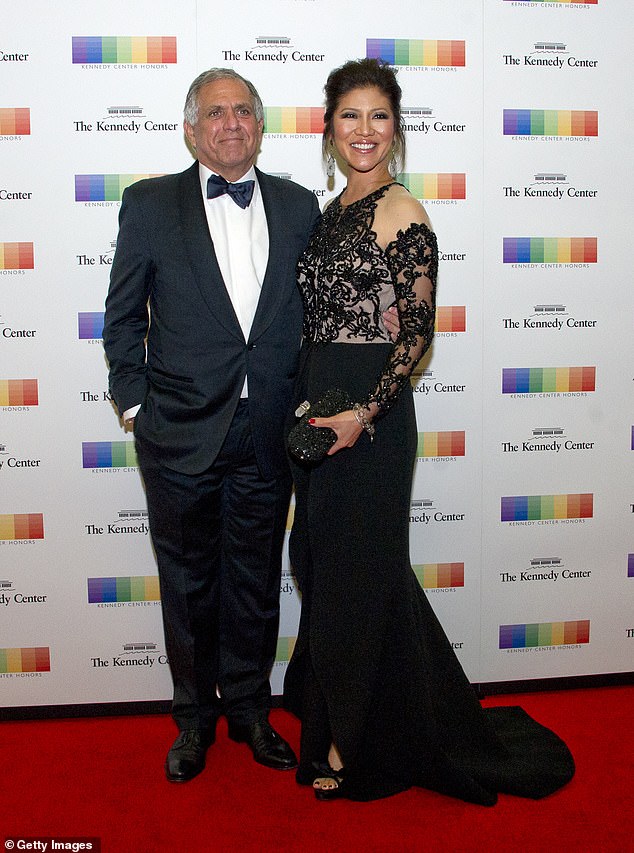 Les Moonves stepped down from CBS in September after multiple women accused him of either forcing himself on them or being sexually inappropriate. He is pictured here in 2017 with wife Julie Chen, left her spot as host of the network’s daytime show after the scandal

‘I live extremely frugally, but still I can’t make ends meet. I asked Adam’s mom Nancy (Les’ first wife) for help… but she said the family doesn’t want to talk about money, she told me Adam is doing the best he can, he doesn’t work, so this is all he can afford.’

DeMasi claimed Adam is an investor in a Chinatown bar called Mr. Fongs, and has allegedly stalled in disclosing to her his financial details in their out-of-court negotiations, so it is not known how much he gets from his alleged trust fund.

Nancy Moonves has posted a series of Instagram pictures of baby Ari and Adam, and described him as a ‘great dad’. 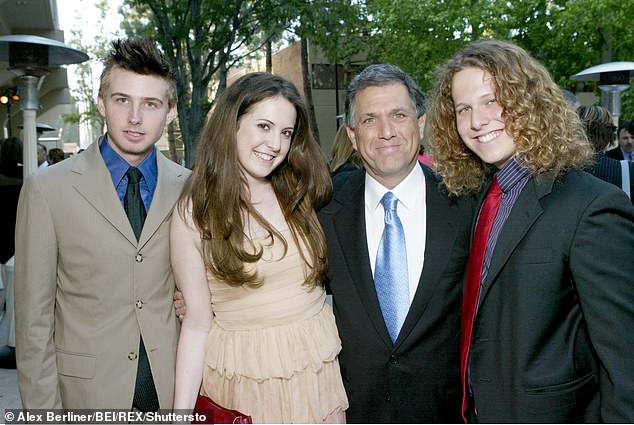 He claimed he sees his daughter twice a week and also just paid a $4,000 hospital bill for her. He told Page Six: ‘Adam began his support voluntarily, well before she was born. Adam has continued to provide substantial support and will do so for Ari’s lifetime.

‘Adam and his family love his daughter very much, and deeply regret that others have chosen to publicize a private issue.

‘Any claim that Adam has not met and exceeded his financial obligations is demonstrably false.’

Former TV boss Les Moonves, who had earned praise for turning around the fortunes of CBS when he took over as entertainment chief in 1995, had been one of the highest-paid executives in the nation, making about $70 million in each of the past two years.