Lest we forget: Royal Australian Mint launches a new $2 coin to mark the centenary of the end of WWI

Lest we forget: Royal Australian Mint launches a new $2 coin to mark the centenary of the end of WWI

To commemorate the centenary of the armistice that ended the First World War, the Royal Australian Mint has released a new $2 coin.

The coin, by designer Tony Dean, is created as a physical reminder of the Australians killed in military service for our nation.

The gold coin features a red poppy stamped in the centre, and the date of 11/11/11 marking the time of 11am on November 11, 1918 when the Armistice of Compiègne began.

The commemorative gold coin features a red poppy stamped in the centre, and the date 11/11/11 to commemorates the centenary of the end of World War I

The coin was unveiled at the Australian War Memorial (AWM) in Canberra, alongside a display featuring 62,000 handmade poppies. The flower is a symbolic reminder of 62,000 service people who lost their lives during the four year conflict of World War 1.

Dr Brendan Nelson, the AWM’s director, told Nine that the coin is an important symbol of the sacrifice made by Australian military personnel.

‘The coin will serve as a tangible and visible reminder to all Australians day-to-day, of the centenary period and the lasting legacy of the fight for our nation’s freedom and the price that was paid for that freedom,’ he said. 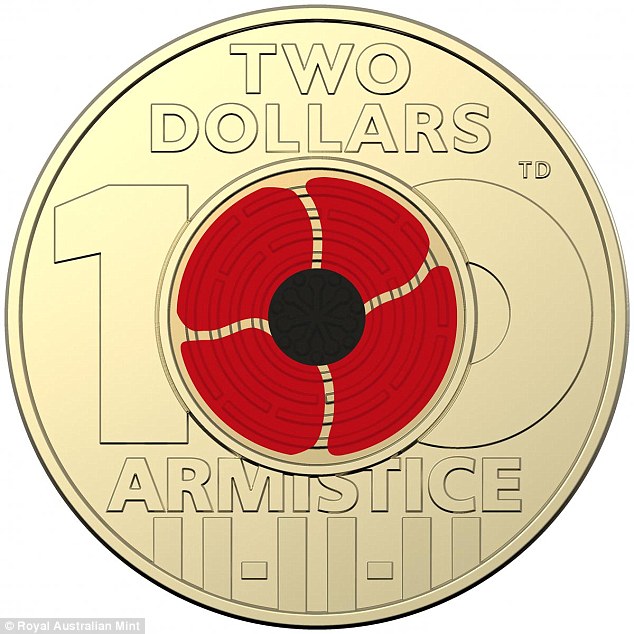 The Royal Australian Mint is also giving collectors the opportunity to buy a special edition of the coin for $15.

A limited number (40,000) of these commemorative coins have been minted, with coin swap days scheduled to be held in Sydney, Melbourne, Brisbane and Canberra on Thursday, November 1. 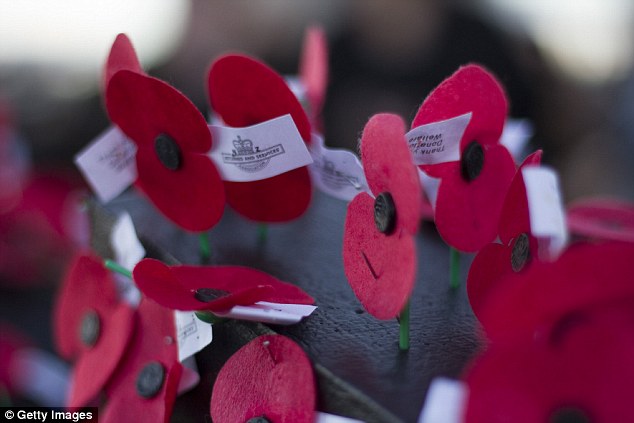