Lewis Hamilton has admitted he is braced for a tough battle to stop Max Verstappen from continuing to extend his championship lead.

Hamilton is now a dozen points adrift of Verstappen after the Dutch driver raced to an impressive victory at the United States Grand Prix in Austin.

And with the next rounds in Mexico and Brazil expected to suit Verstappen’s Red Bull machinery, Hamilton has every right to be concerned that a record-breaking eighth world championship might be slipping away. 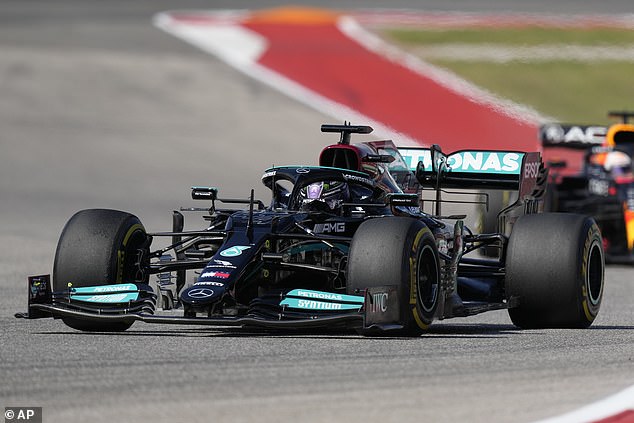 Hamilton finished 1.3 seconds behind his fierce rival Verstappen who won the US Grand Prix

‘We are going to the next two tracks which are very strong circuits for Red Bull so it is going to be tough,’ said Hamilton, who finished 1.3 seconds behind Verstappen on Sunday.

‘We will just try and minimise how strong they can be compared to us, and see if we can do a better job.

‘I am trying not to think about it at the moment, but be happy with the job I did today. I am living in the moment and will take it one race at a time.’

Heading into Sunday’s 17th round of 22, Hamilton had triumphed in five of his eight appearances at Austin’s Circuit of the Americas. 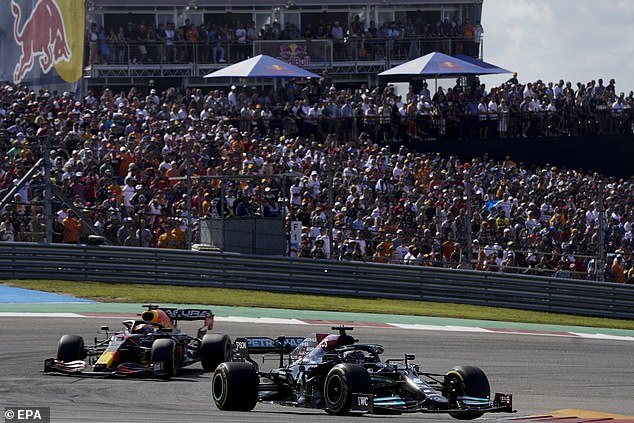 But after beating pole-sitter Verstappen to the opening bend with a fine start, Hamilton did not have the speed in his Mercedes to pull out a significant gap.

Verstappen then stole the initiative with an early stop, and while Hamilton – on younger rubber in the closing stages – took seven seconds out of the Dutchman’s lead to tee up a thrilling climax, he was unable to pose a real threat.

‘The goal was to get in the lead, and I finally got a good start,’ added Hamilton. ‘I have not had as good a start as that for a long time and I was really happy with it.

‘So, it was about staying clean, coming out ahead, and holding on to it. It felt good at the time, and like, ‘hey this is step one’, but they were just too quick.’ 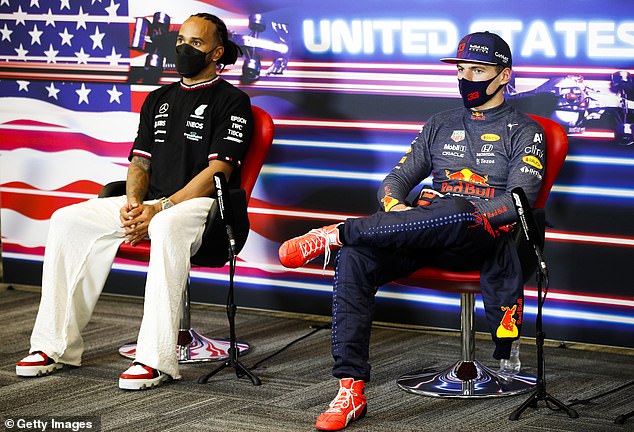 Verstappen executed Red Bull’s aggressive strategy to claim his eighth win of a campaign which could see him claim his first title.

‘I really didn’t think he was going to pull that off with Lewis on eight-lap fresher tyres,’ said Red Bull team principal Christian Horner.

‘You know Lewis is so strong, and he went longer on the tyres to give himself an advantage at the end.

‘To lose here would’ve been really painful, but Max held on and did a great job.’

Hamilton’s battle with Verstappen will reconvene with three successive races in Mexico, Brazil and Qatar ahead of two back-to-back rounds in Saudi Arabia and Abu Dhabi.