The world champion moved closer to winning a sixth world title – 73 points clear of nearest challenger and team-mate Valtteri Bottas with 130 remaining – after a virtual safety car was brought out after Sebastian Vettel’s red car stopped with engine failure.

Hamilton had not pitted by this point and used the break in racing to go in for a ‘free’ stop.

Lewis Hamilton has won the Russian Grand Prix, extending his lead at the top of the F1 World Championship standings 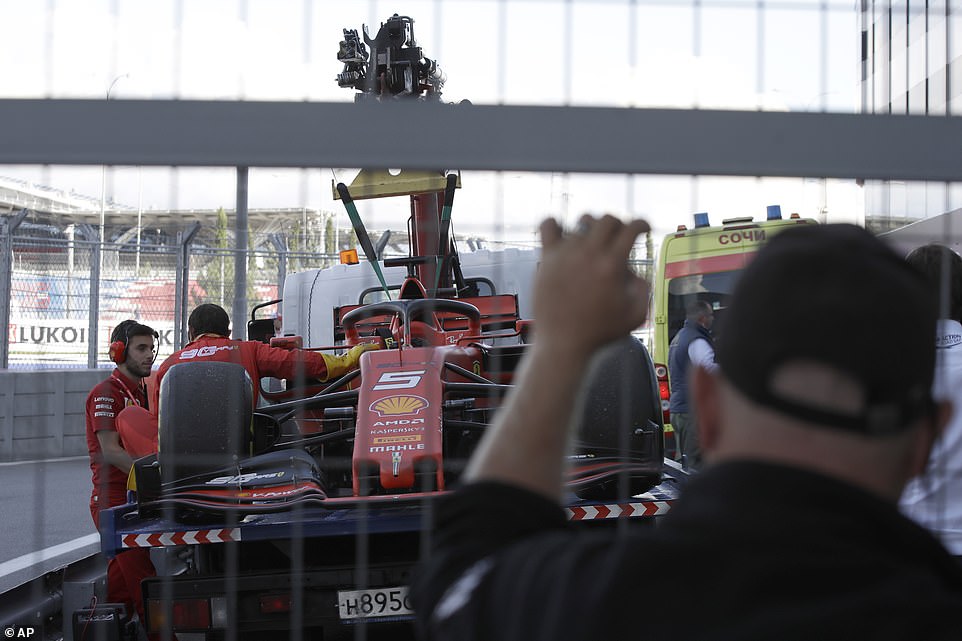 The Briton emerged in the lead, having spent the first half of the race running third behind the two Ferraris.

‘The Ferraris are behind us?’ he asked in disbelief as his world turned the right way up.

Up until then a Ferrari one-two looked assured. But the afternoon ended with the Mercedes in on the high steps of the podium, with Bottas second and Charles Leclerc, the pole man who spent a dispiriting afternoon railing at his pit wall, third.

He might have finished runner-up but he was brought in for a second – seemingly ill-advised – second stop when the safety car came out for George Russell’s Williams hitting the barriers. As it is, Leclerc is 107 points off Hamilton, whose ninth win of the season this was. The winner also set the fastest lap. 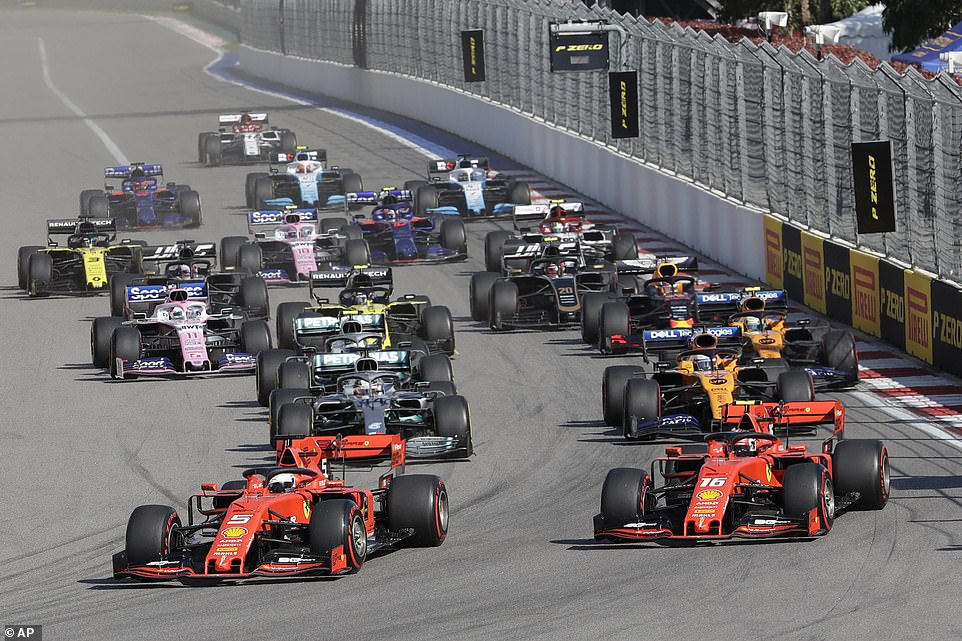 Vettel used Leclerc’s slipstream to pass the Monegasque at the first corner, and the drama only grew from that point

Ferrari clearly had a plan for Leclerc to have the number one strategy, but Vettel pulled away at the front of the race 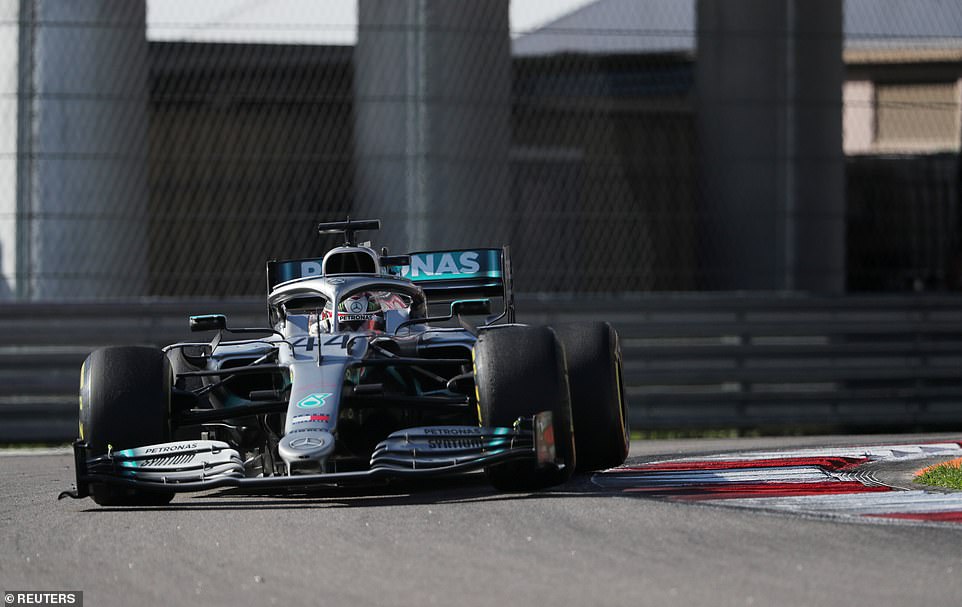 Lewis Hamilton was gifted the lead after Vettel’s first retirement of the season, taking advantage of the virtual safety car 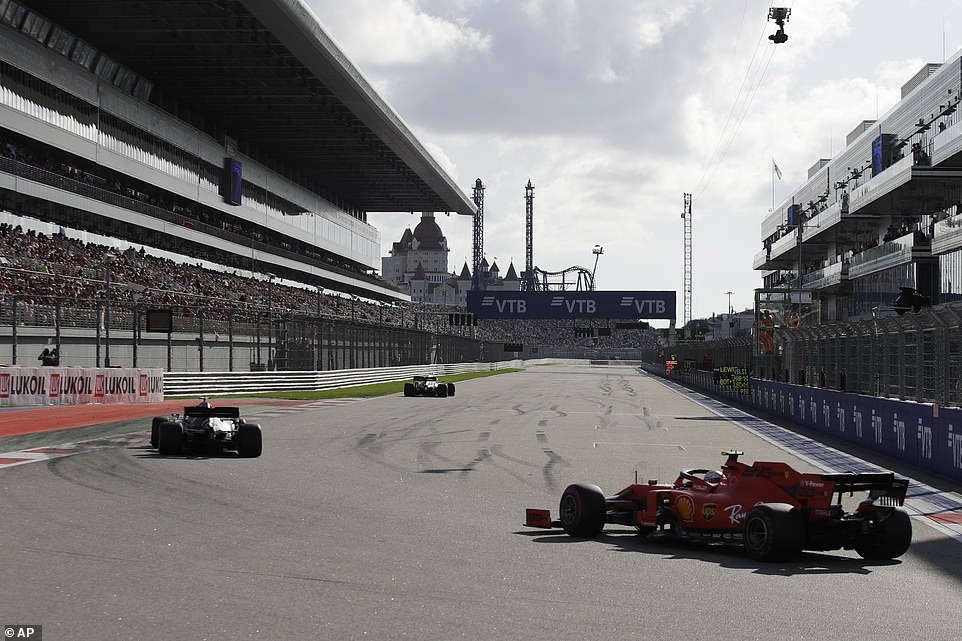 Leclerc’s race had started badly when he was passed by Vettel within seconds of the lights going out.

It seems Ferrari had told their drivers not to contest the first two corners and so informed Leclerc that they would instruct Vettel to let him back in front.

‘Let Charles by,’ Vettel was told.

‘He’ll have to close up,’ came the response, Vettel resisting.

Leclerc was then moved on to ‘Plan C’ – undercutting Vettel. Leclerc, on new rubber, banged in a succession of fastest laps and duly found himself in the lead when Vettel later emerged from his pit stop. But then Vettel’s engine went kaput.

The German jumped out of the car after a few expletives criticising the hybrid engine – for it was a hybrid problem that had befallen him – and ran back to the paddock, his mood as black as night. 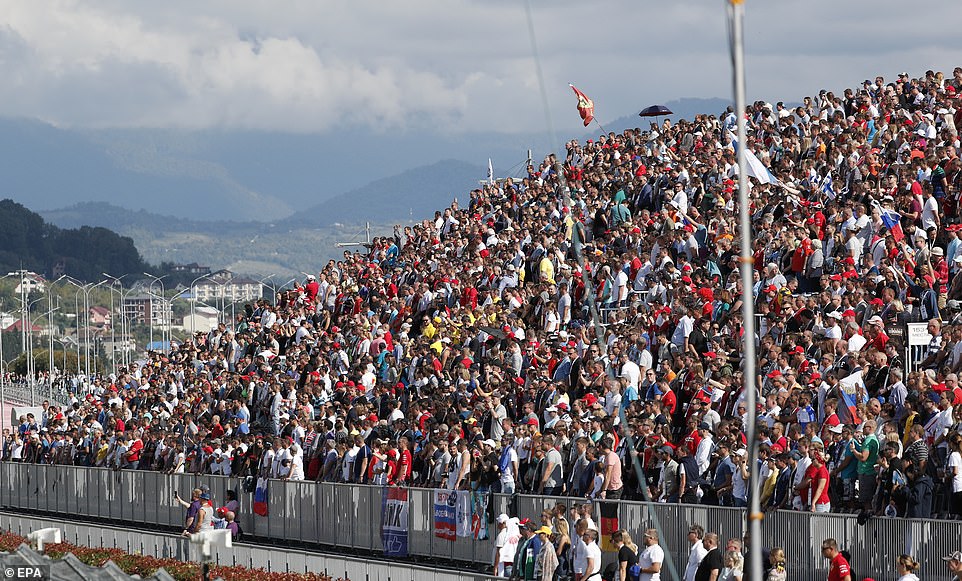 There wasn’t a huge amount of overtaking action for the fans in Russia, but it was a fascinating tactical race 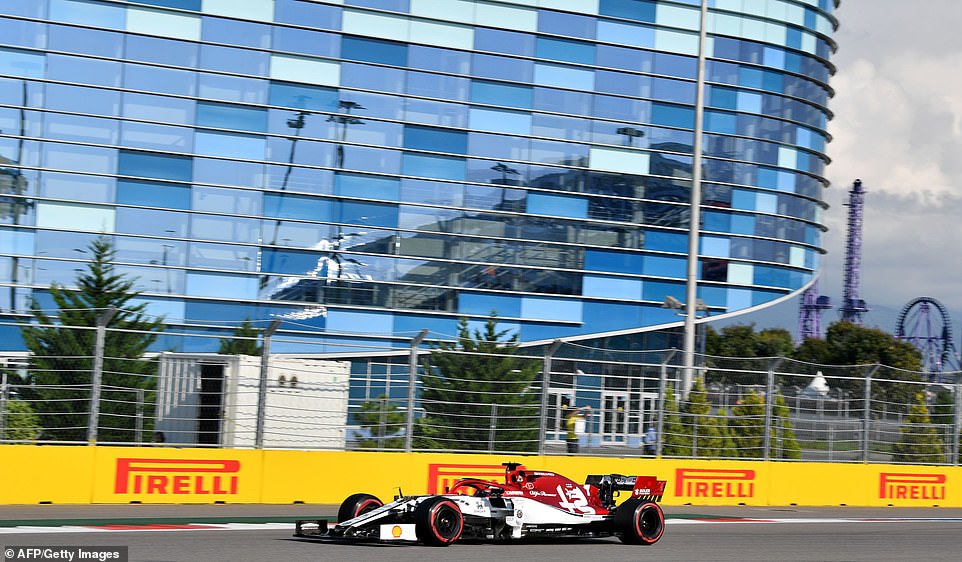 Kimi Raikkonen had an unfortunate afternoon, losing time after a false start and then being punished with a drive through 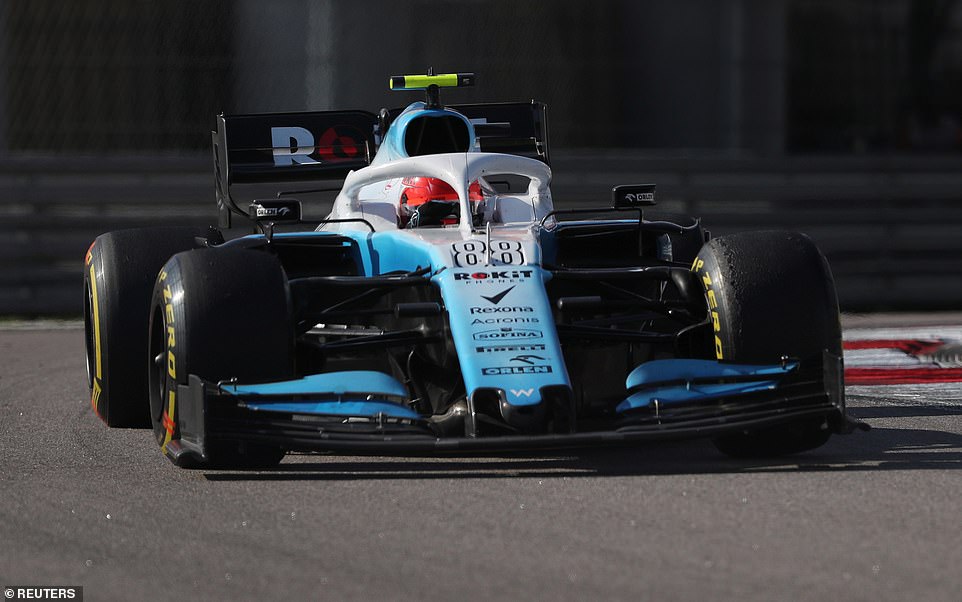 Robet Kubica struggled with his Williams in the race, propping up the rest of the field from the back for much of the race 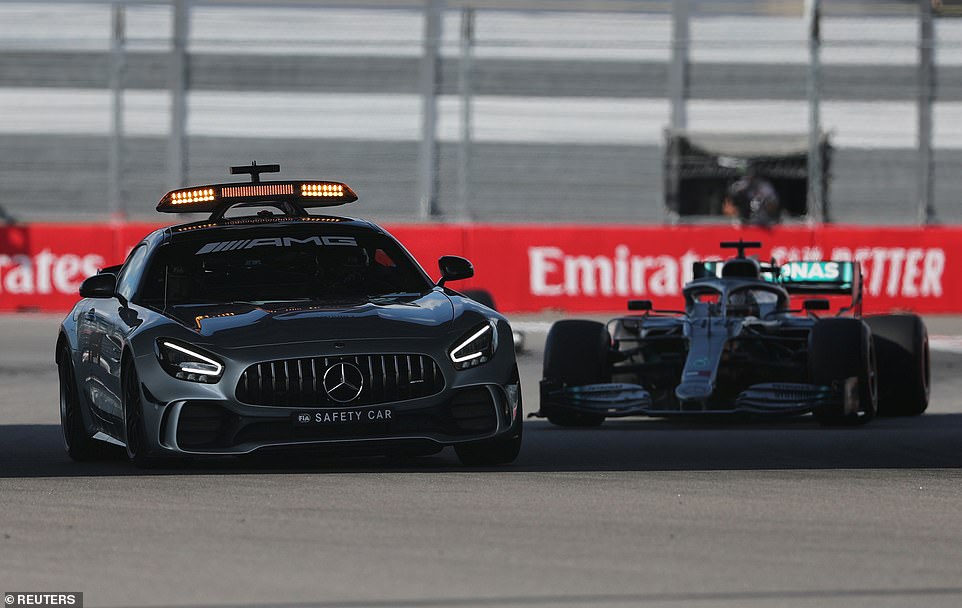 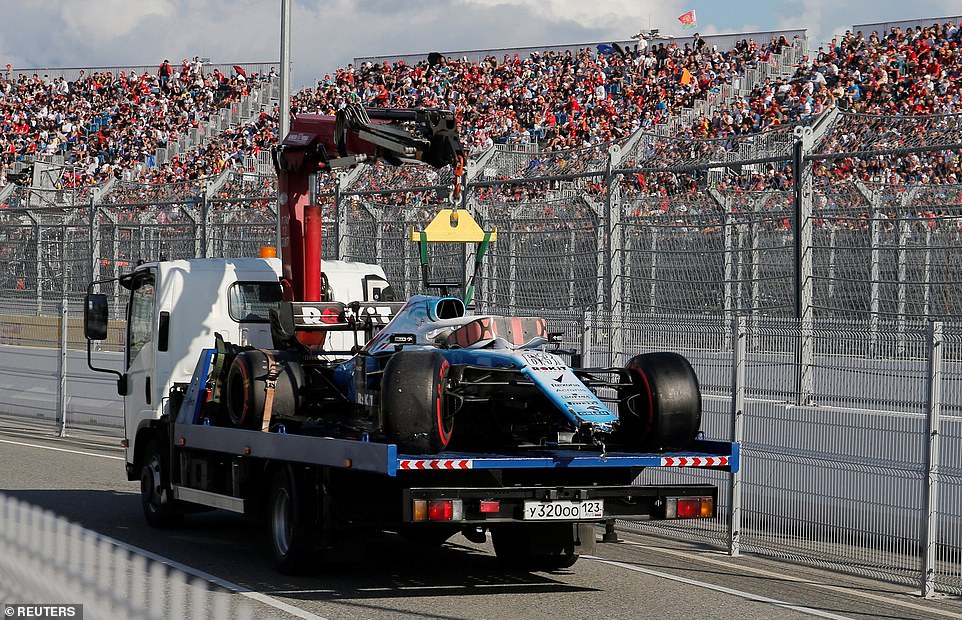 George Russell had a problem with his brakes while under the safety car, and was then forced to retire himself 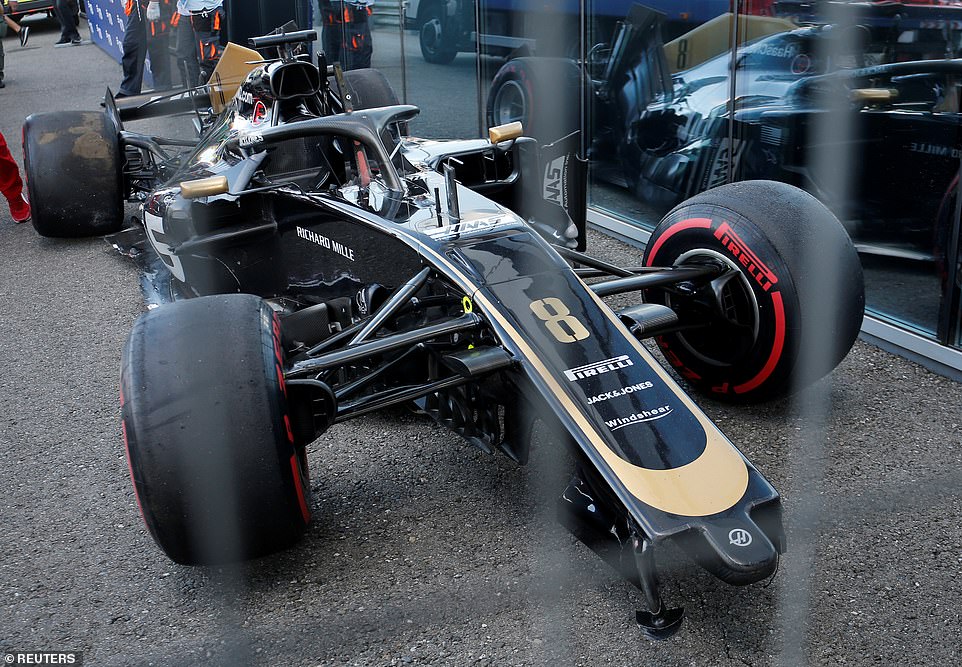