The Liberal Democrats have been criticised for publishing leaflets and passing them off as ‘fake news’ local newspapers as well as using data from before the election was called to claim the party is ahead of Labour in the polls.

The front page extolled the the Lib Dem candidate, Paula Ferguson, as ‘leading the way’. But the publication was not a genuine newspaper and was produced by the party’s PR team.

Lib Dem leader Jo Swinson defended the party’s tactics after the media group that publishes the local newspaper in the area objected.

Newsquest accused the Lib Dems of trying to pass the publication off as one of the group’s newspapers as it circulates the Basingstoke Gazette in the same area. 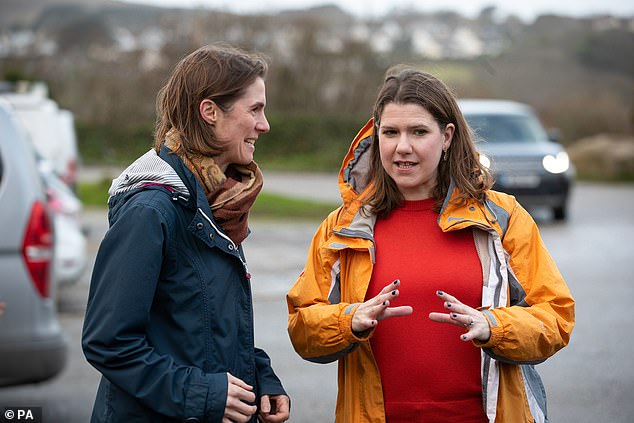 Jo Swinson (right), alongside the party’s candidate for Truro and Falmouth Ruth Gripper today. The Liberal Democrat leader defended the party’s use of party literature that mimicked a real local newspaper

Editorial director of the group, Toby Granville, said he would advise editors in the organisation not to publish campaign news for the Lib Dems unless the party’s paper is withdrawn.

He tweeted: ‘This is outrageous @LibDems passing yourselves off as the Gazette newspaper in same area as our @BasGazette.

‘If this isn’t pulled I’ll advise all #Newsquest editors not to publish any campaign news for your party in build-up to #GE2019.’

She said: ‘I haven’t seen the specifics, but doing campaign newspapers is not exactly a new campaign tactic, nor one that is only one that is done by the Liberal Democrats.

‘We obviously do a mix of leaflets, letters or folded leaflets, or stuff on news print – I mean that’s part of getting our message across.

‘Generally we have newspapers going out as one of our campaign types of leaflets and, as I say, it’s kind of as old as the hills.’

The Society of Editors condemned ‘what appears to be a concerted effort by the Liberal Democrats to mislead readers and voters by disguising their election freesheet as imitation local newspapers’. 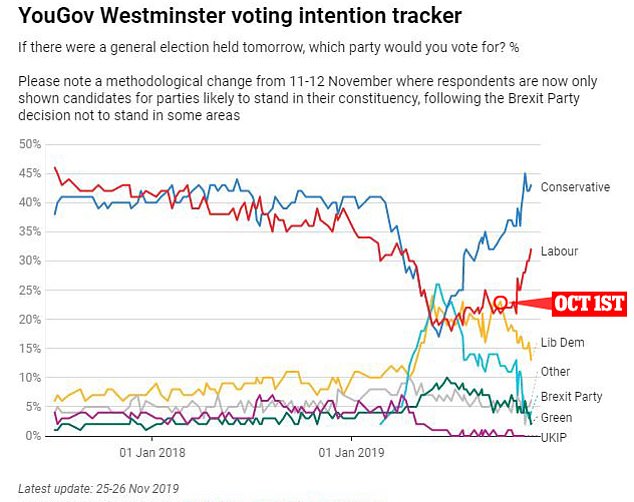 In South West Herts, Lib Dem leaflets claimed the party are ahead of Labour in the polls. YouGov data (circled above) shows on October 1 they were on 23 points and Labour were on 21 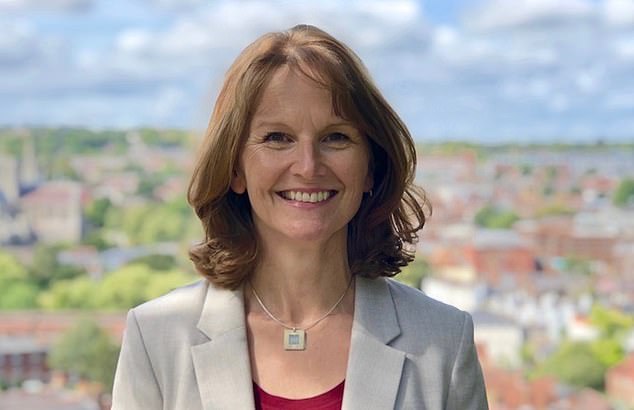 Paula Ferguson is the Lib Dem general election candidate in Winchester and Chandler’s Ford, where the party printed mock newspapers as part of its party literature

Other areas have seen similar Lib Dem publications purporting to be genuine newspapers, including the ‘North West Leeds & Wharfdale’ in Yorkshire and the ‘Streatham, Brixton & Clapham News’ in south London.

The News Media Association said political parties should not be ‘dressing up’ their material as independent journalism.

In a statement it said: ‘Political parties should not be seeking to copy the look and feel of independent local newspapers with their campaign material.

‘By scrutinising candidates on behalf of the public in communities across the UK, local news brands play a vital role in upholding democracy.

‘Dressing up party political material as independent journalism undermines this and damages trust in both news media and politicians.’

The Lib Dems have been accused of misleading voters in other election leaflets, this time distributed in the South West Hertfordshire constituency.

In a document put through residents’ letter boxes in the last week, the party claimed to be ‘ahead of Labour and within a few percentage points of the Conservatives’ in the ‘latest polls’. 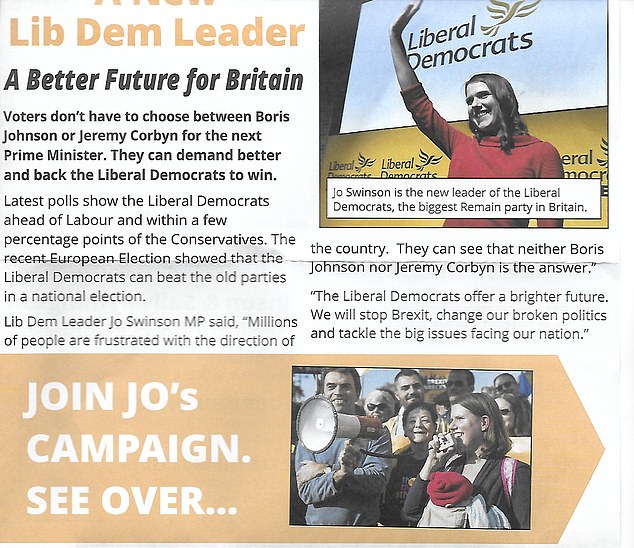 The spokesman added: ‘It has taken a few weeks in total for those leaflets to be delivered to doorsteps in our area. We are aware that the polling data is now out of date, which is why we haven’t mentioned it in any recent literature.’

YouGov polls on September 18 placed the Conservatives on 32 points with Labour on 21 and the Lib Dems on 23. By October 1 Labour and the Lib Dems remained the same, but the Tories had jumped to 34.

Parliament did not pass the bill approving a general election until October 29.

Sally Symington, who is a councillor for Berkhamsted West, is standing for the Lib Dems in South West Herts, taking on former Conservative cabinet minister, David Gauke, who is standing as an independent after having the whip removed for defying the government over Brexit.

Ali Aklakul, who is Labour’s candidate in South West Herts, said the party had asked the Lib Dems to withdraw the leaflet.

He told MailOnline: ‘I was aware that leaflets were delivered in South West Herts.

‘Because this [claim] was most certainly not the position stated in most polls at that time, my campaign team contacted the Liberal Democrats asking them to justify this claim. 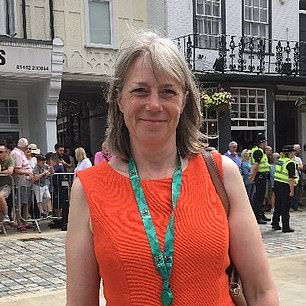 ‘I don’t think that choosing to look only at two polls from many weeks before gives you the right to make claims about the ”latest polls”.

‘I believe this was a cynical and deliberate attempt to mislead the voters of South West Herts into voting tactically for the Liberal Democrats, who came a distant third in the last General Election.’

Mr Gauke and the Conservative candidate who replaced him in South West Herts, Gagan Mohindra, have been contacted for comment.

Katie French, editor of the Basingstoke Gazette, said in response to the Liberal Democrats’ statement on their mock local papers that the party was ‘exploiting the trusted format of a local newspaper’.

She said: ‘The issue is not with the party promoting themselves but the methods they have adopted.

‘Exploiting the trusted format of a local newspaper and creating a masthead with a false geographically-associated name is misleading and disingenuous.

‘The fact that this has been happening in previous election cycles is no defence and if anything, is a greater reason to put a stop to publishing fake election papers altogether.

‘It is an outdated method of campaigning that seems a strange fit for a party that markets itself as a vehicle for change.

‘I’ve written to the leader of the Liberal Democrat’s and have requested an apology as well as confirmation that these fake newspapers will no longer be distributed.

‘I’m yet to receive a direct response. I did however read a statement given to the Press Gazette in which a Lib Dem spokesperson referred to me, the editor of the Basingstoke Gazette, as”he” throughout. Perhaps another outdated mindset the party should consider ruling out.’