Life expectancy increases are slowing around the world

Although global life expectancies have increased since 1950, the rate of this rise has eased regardless of how developed the nation is, a study found.

Life expectancy growth rates are expected to slow in developed countries as people approach the maximum age of human existence, which is generally up to 83 years old.

Yet, this should not occur in less-developed regions that have continuously improving incomes, sanitation and medicine.

In the US, the life expectancy is around 78 years. 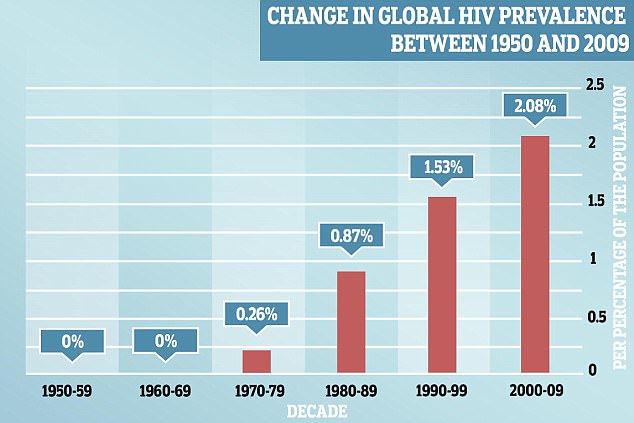 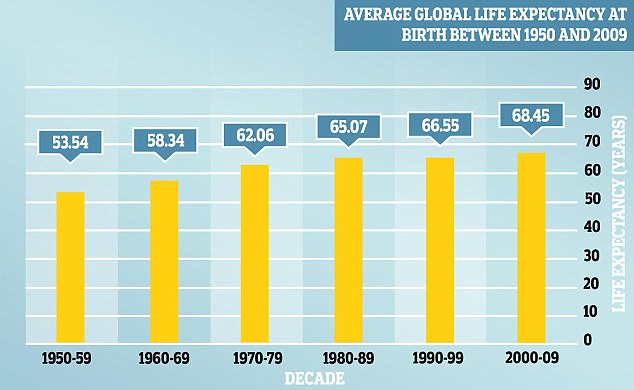 Despite life expectancy growth slowing, it has steadily increased between 1950 and 2009

HOW OLD CAN HUMANS LIVE TO?

Research reveals it is possible to slow down our biological, or ‘inner’, ageing process, which could help us to live decades beyond the current UK life expectancy of 81.

Drugs that interact with our DNA maintain the function of our bodies for longer, the research suggests.

Experts stress, however, this must be combined with a healthy lifestyle for full effect.

How a 120-year-old life expectancy may impact people’s quality of life is unclear.

The side effects of such treatments are also unknown.

Several European countries are in talks to start drug trials within the next three years.

Professor Vladimir Khavinson, head of the St. Petersburg Institute of Bioregulation and Gerontology, said: ‘It is important to understand that nobody would want to live a long and unhealthy life.

‘The main goal for us now must be to allow people to stay healthy for as long as possible into their old age.’

Six of these drugs are already available in Russia.

These include Thymalin to maintain immune system function and Cortexin to preserve brain activity.

The drugs work on the so-called ‘peptide technology theory’ that interacting with DNA increases protein production that prolongs lifespan.

Researchers from John Hopkins University analyzed the life expectancies at birth of 173 countries between 1950 and 2009.

The researchers also investigated factors that may contribute to life expectancy change such as fertility rates and HIV prevalence.

‘Some are not even trying to increase their life expectancy’

As well as the infection itself slowing life expectancy growth, the HIV pandemic may also have hindered healthcare advances. HIV was first acknowledged in 1981.

Other reasons for the apparent decrease in life expectancy gains may be due to unreliable data pre-1970.

The researchers also speculate efforts may have shifted away from managing the wellbeing of populations as whole via good public health onto those who specifically need treatment.

‘We used to be good at this and if we can get it back then I think we can again see the kinds of improvements we were seeing in the 1950s.’

The findings were published in the journal BMC Public Health.