Lifeguard stranded in the Atlantic for 16 days

A lifeguard has returned home after nearly starving to death while stranded on a disabled boat in the Atlantic Ocean for 16 days.

Samuel Leroy Moss, 23, of Nassau, New Providence, Bahamas, ran out of fuel as a result of an engine malfunction while on his way back to the Islands from South Florida, USA.

He lived off of crisps, cookies and water for ten days before the snacks ran out. For the remaining six, he had nothing left except water.

After becoming so weak that he thought he was going to die, another boater spotted Samuel and contacted the U.S. Coast Guard.

Mr Moss said: ‘I started hearing noises and then I realized that the tank was running out of fuel. I switched gears to neutral, but it didn’t get me far.

‘At first, I didn’t worry about starving because I had a lot of snacks with me.

‘After I ran out of food I tried to stay calm, but I just kept getting weaker and weaker.

‘I just started praying because there was nothing else I could do.

‘My body just shut right down. I had no energy. I could barely even move.’

Soon after Mr Moss started fearing for his life, the Coast Guard came to the rescue.

He was then transported to St. Mary’s Medical Center in West Palm Beach, Florida, where he stayed for three days before flying back to the Bahamas. 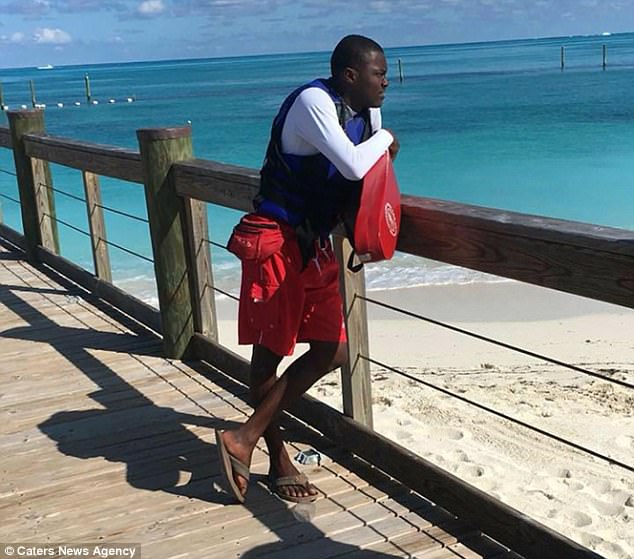 ‘I felt very grateful when I was rescued. It was a big relief,’ he said. ‘If someone hadn’t found me, I probably would have only lasted another day or two.

‘They put me on an IV and took a blood test, which turned out fine.’

Mr Moss described his family’s reaction when he returned home as a ‘mini celebration’. 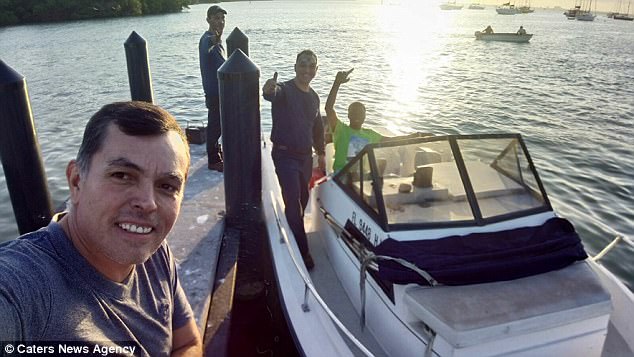 ‘They were crying and rejoicing that I was found,’ he said. ‘They had been praying to God for my return for more than two weeks.’

After purchasing the boat in the US, he travelled to Bimini, the Bahamian Island closest to Florida.

Mr Moss departed for Nassau the next day, but his boat wound up in the opposite direction, just about 10 miles off the coast of West Palm Beach, Florida.

This was not his first time being stranded at sea. In February 2017, Mr Moss got stuck off the coast of Grand Bahama for three-and-a-half days due to a similar engine malfunction. 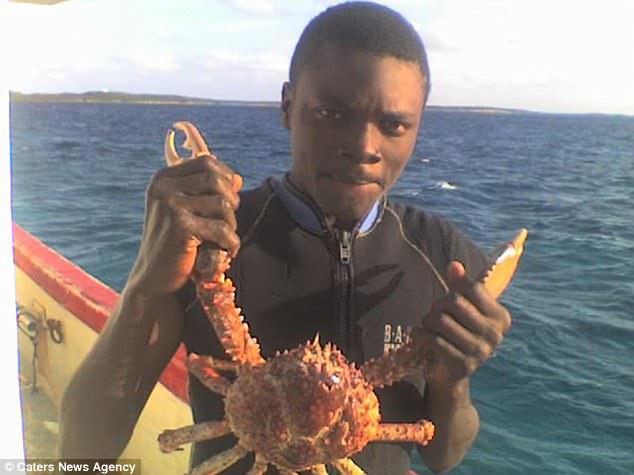 Mr Moss, who has been driving boats for ten years, says he will go out to sea over-prepared from now on.

‘That experience has prepared me to triple up on whatever I need,’ he said. ‘If I need 50 gallons of fuel to get where I’m going, I’m going to make sure I have 150. I want to be prepared for anything.’

His boat is now in a repair shop and he does not yet know whether it is repairable.

His friend Anthonique Bowe has set up a Facebook fundraiser for him, with a goal of £5,000.

Depending on the condition of his boat and the amount of funds raised, he will either get it repaired or purchase a more reliable one.