Australia’s surf lifesavers are gearing up for one of their busiest festive seasons in years, with thousands set to flock to the nation’s beaches over Christmas.

With temperatures set to soar across the country on Christmas Day, lifeguards are bracing for what could be a deadly festive season.

Thousands of sun-seekers head to Sydney’s famous Bondi Beach to escape the sweltering heat in late December every year.

Australia’s surf lifesavers are gearing up for one of their busiest festive seasons in years, with thousands set to flock to the nation’s beaches over Christmas (Bondi Beach pictured) 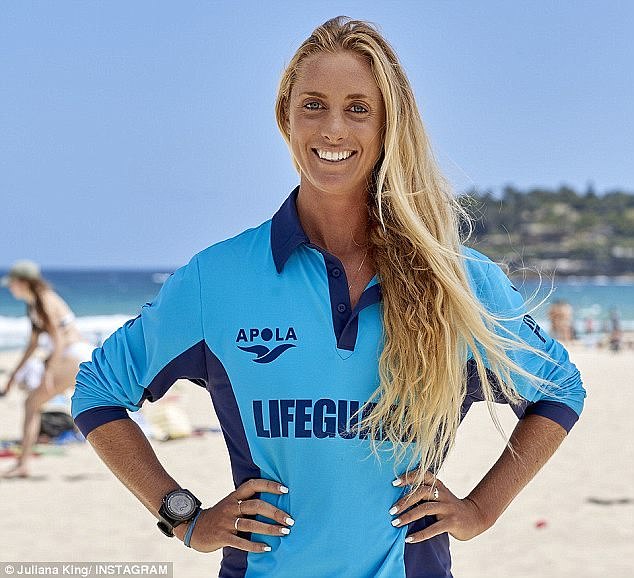 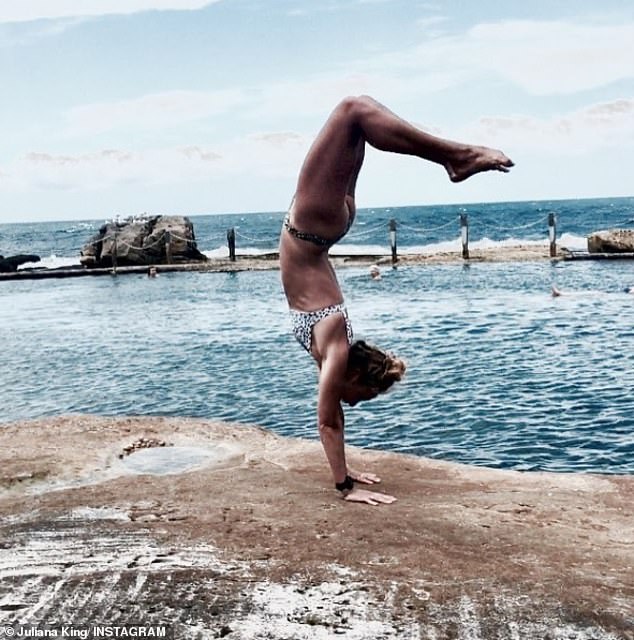 This year temperatures are tipped to reach 30C in Sydney – meaning even more people could be on the sands this Christmas.

And while lifeguards encourage everyone to have fun in the sun, they are also urging everyone to be smart when it comes to water safety.

Beachgoers need to remember to swim between the red and yellow flags as that will be the area supervised by surf lifesavers and lifeguards.

‘We want everyone to stay safe at the beach, and that means swimming between the flags, keep hydrated, stay cool, and above all, know when to ask for help,’ Mr Hopkins said.

‘The water is a great place to cool off, but sometimes the safest option on a really hot day is to stay indoors.’

With more than 17,000 rip currents on any given day around Australia – and the fact three in four Australians are unable to spot the danger – the risks are high, he added. 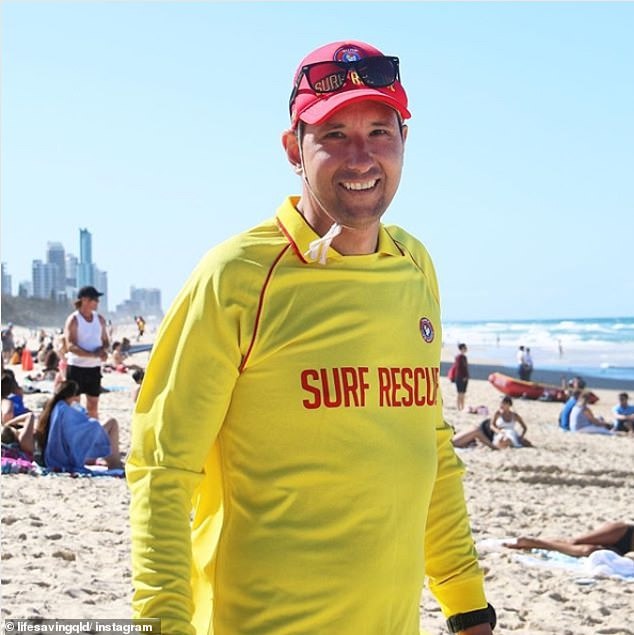 Queensland Lifeguards are also getting ready for a busy season, with temperatures also tipped to be scorching 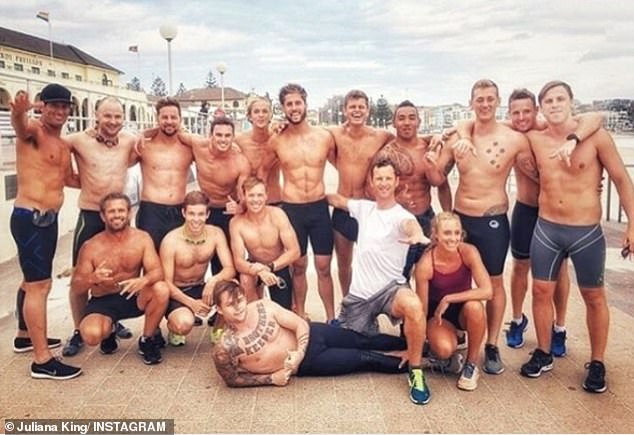 Sydney mum-of-two Samantha Morley knows only too well about the risks posed by a visit to the beach.

She had spent the day at the beach on the NSW mid-north coast with her husband Dominic and their two daughters Charley, 14, and Josephine, 13, when the surf suddenly changed.

The family were at an unpatrolled beach so they stopped the girls from going into the water beyond their knees.

They thought they would be safe but the girls got caught in a rip.

Dominic managed to pull Josie out of the rip, but as Samantha pushed Charley to safety she felt herself being sucked out to sea. Samantha was in the water for more than an hour. 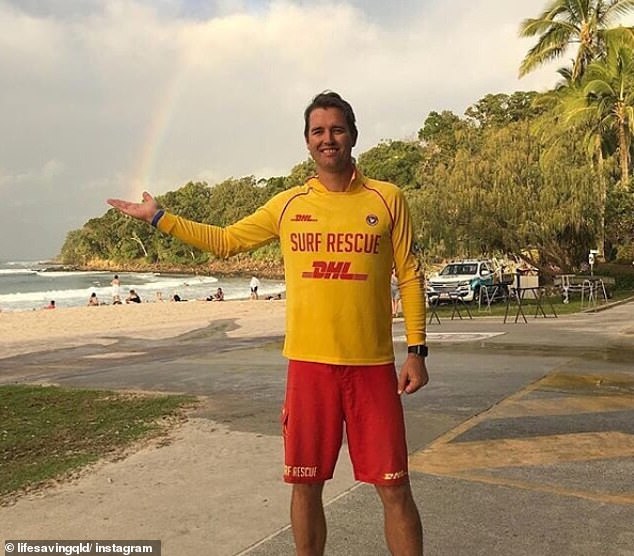 Queensland beachgoers will have flags to swim between as well, with lifeguards on patrol 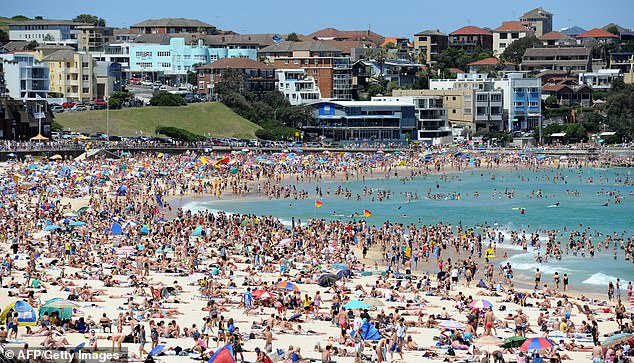 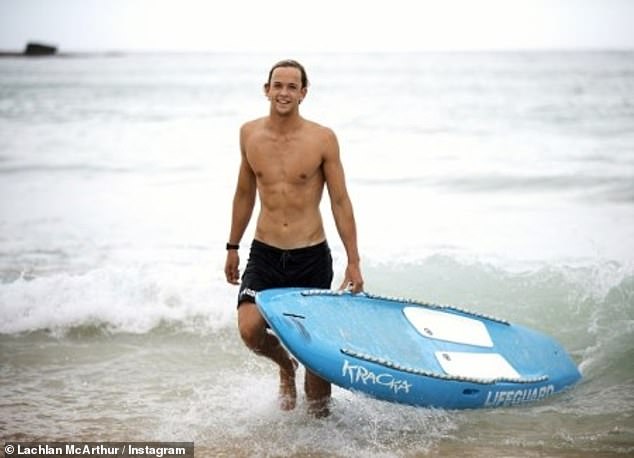 Surf Life Saving Australia is urging beachgoers is swim between the red and yellow flags, it is the area supervised by surf lifesavers and lifeguards who can assist you should something go wrong

‘When I finally saw that big red boat, the knights of the Southern Ocean came out, I thought, I’m going to survive,’ she said.

Within 15 minutes of being notified of the emergency, Tony and Phil were in their Inflatable Rescue Boat, charging into the surf.

‘I spun her around, put my arms up underneath her and hauled her into the boat,’ Worton said.

‘It was a really rough day with consistent swells of between three and four metres. As the next big wave hit she said, ”my kids” and we said, ”your kids are on the shore, they’re ok”,’ he said. 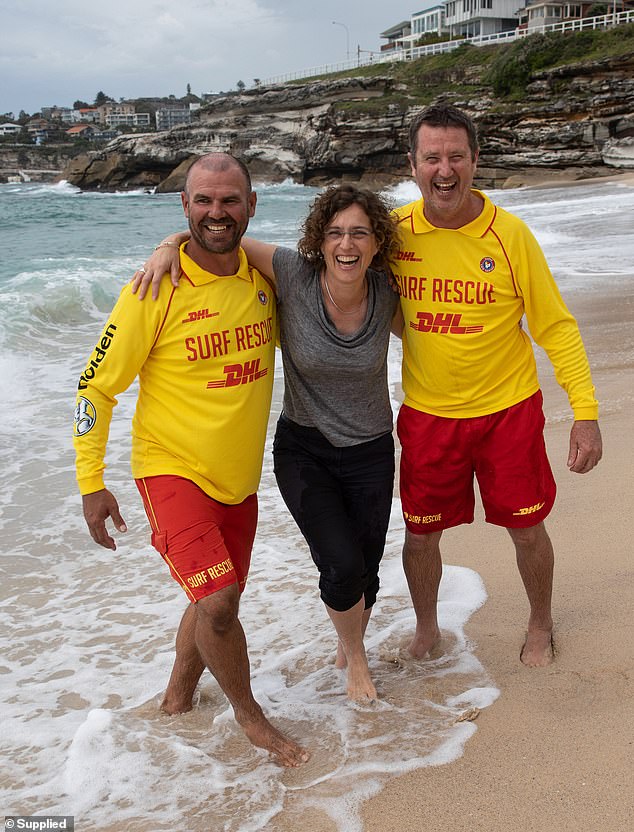 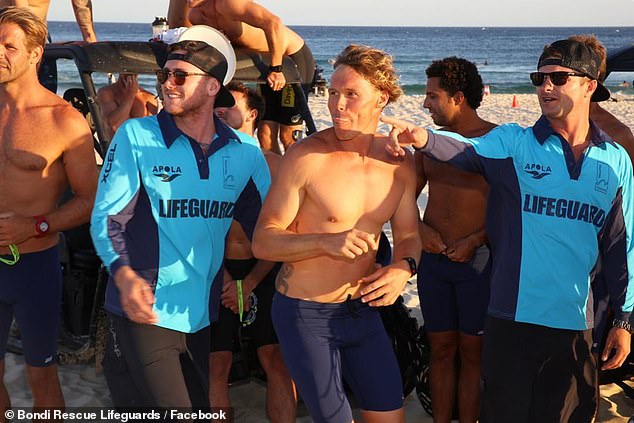 Temperatures on Christmas Day will shoot up to a scorching 30 degrees in Sydney.

And for those living further from the coast and west of the city, temperatures could rise even higher into the mid 30s due to a lack of a sea breeze.

Adelaide is predicated to reach as high as 35 degrees with a south-easterly wind bringing some relief later in the big day.

Western Australia will swelter the most with outback areas expecting temperatures above 40 degrees and around 35 degrees in Perth.

Darwin will see the mercury hover around 34 degrees, though mostly cloudy conditions with a chance of a storm which may bring some relief.

Tasmania may be the only state not to swelter this Christmas with a cooler 22 degrees day for Hobart predicted under cloudy conditions and a possible shower.

Victoria is set for a scorching Christmas Eve with temperatures in the low 30s over southern Victoria and the mid-to-high 30s across the north.

A forecast change will bring some relief and a slightly cooler Christmas Day, with Melbourne expecting a top of 26.

• On average 19 people drown in rips each year in Australia

• Rip currents can be on any beach at any time, and regularly change

• There are more than 17,000 rip currents on any given day around Australia

• Of the beachgoers that are confident they can ID a rip, less than half (47 per cent) actually can

• 4 million Australians have been caught in a rip unintentionally

• Thousands of people are rescued from rips each year

• In 45 per cent of cases, the victim was assisted by a member of the public