A severe thunderstorm warning has now been cancelled after torrential rain and hail the size of golf balls hit the state.

Severe squalls and ‘dangerous’ supercells developed across the Hunter and mid north coast on Thursday afternoon and evening, delivering destructive winds, heavy rain and hailstones up to five centimetres in width in some areas.

The storm activity continued throughout the night, with lightning also hitting NSW and Queensland as well as flooding the streets ahead of the morning commute but is expected to ease by about lunchtime on Friday.

‘The whole system that is producing the trigger is moving eastwards … so we will see thunderstorms move off to the east and by lunchtime, we should see it all out by the Tasman Sea,’ Ms Woodhouse said. 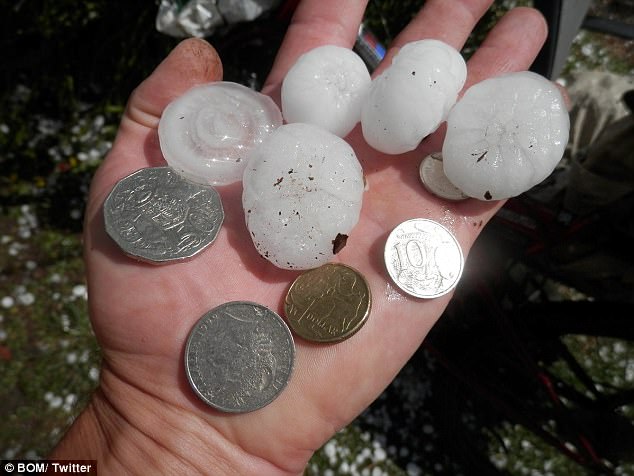 ‘Golf ball size hail’ stones hit Mount Maroon, near the border of Queensland and NSW, while hail stones of up to five centimeters lashed parts of NSW 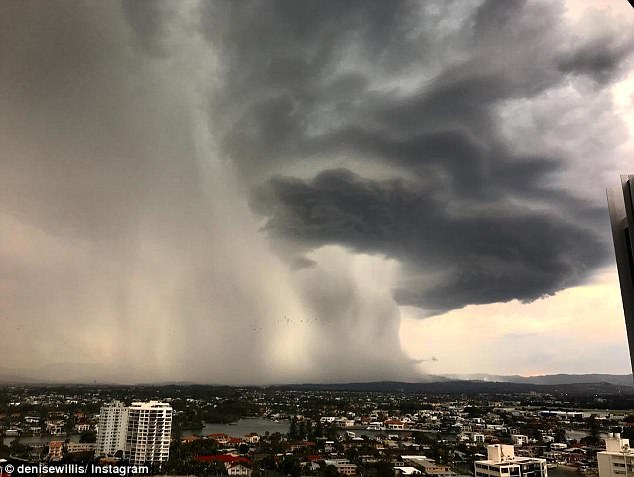 Up to 24mm of rain fell in Sydney on Thursday, with Cronulla getting 17mm in the space of an hour late that night while other areas got up to 14mm.

The South Coast was hit even harder with up to 70mm of rain falling in less than three hours late in the evening a long with ferocious winds.

‘Golf ball size hail’ stones hit Mount Maroon, near the border of Queensland and NSW, while hail stones of up to five centimeters lashed parts of NSW. 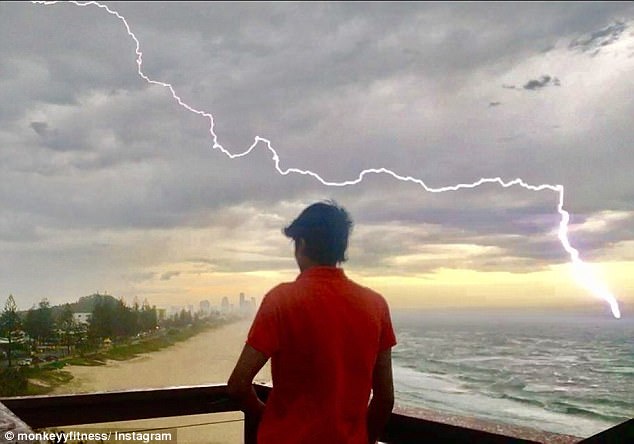 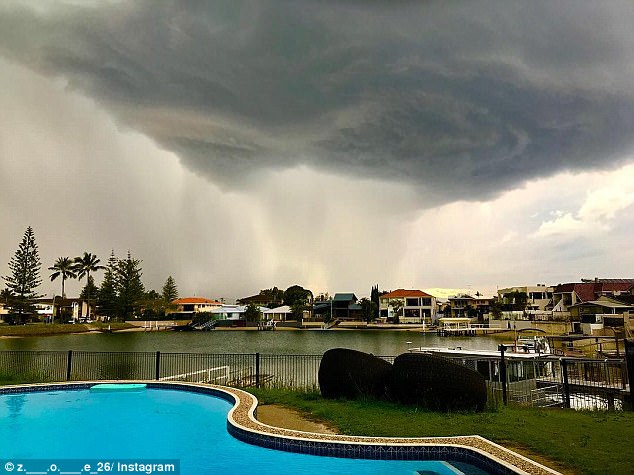 Up to 24mm of rain fell on Sydney during Thursday, with Cronulla getting 17mm in the space of an hour late that night while other areas got up to 14mm 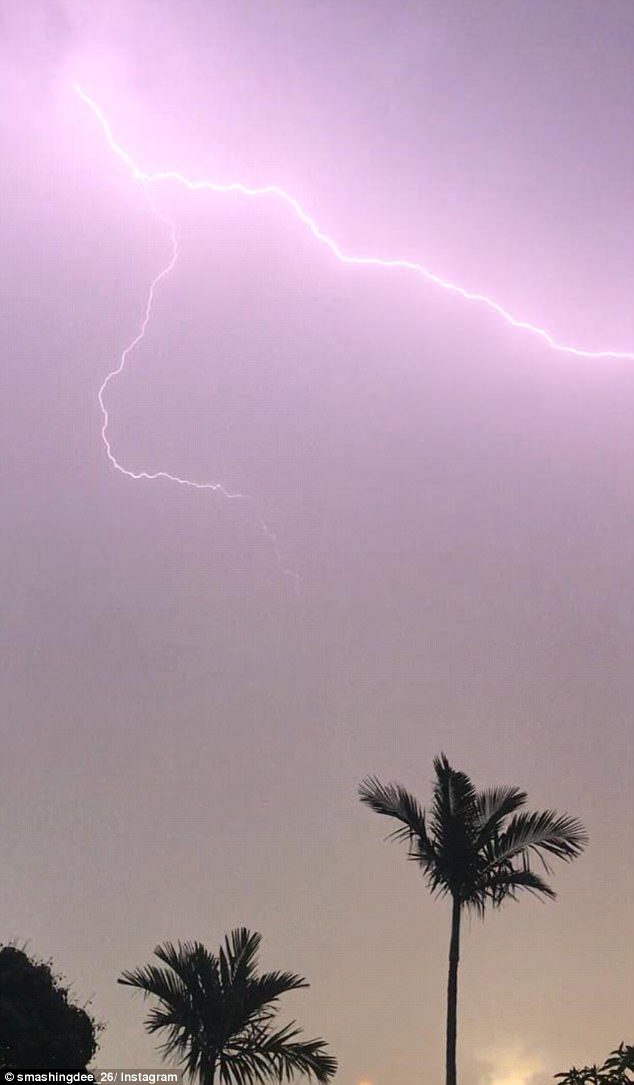 The experts warn severe thunderstorms are expected to produce ‘large hailstones, damaging wind gusts and heavy rainfall that may lead to flash flooding’ 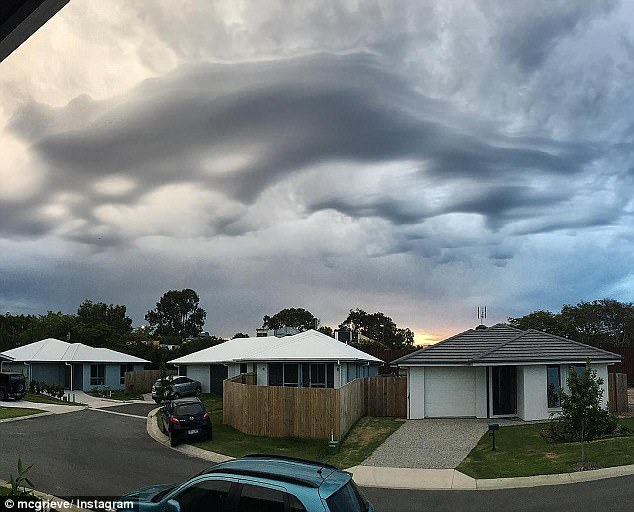 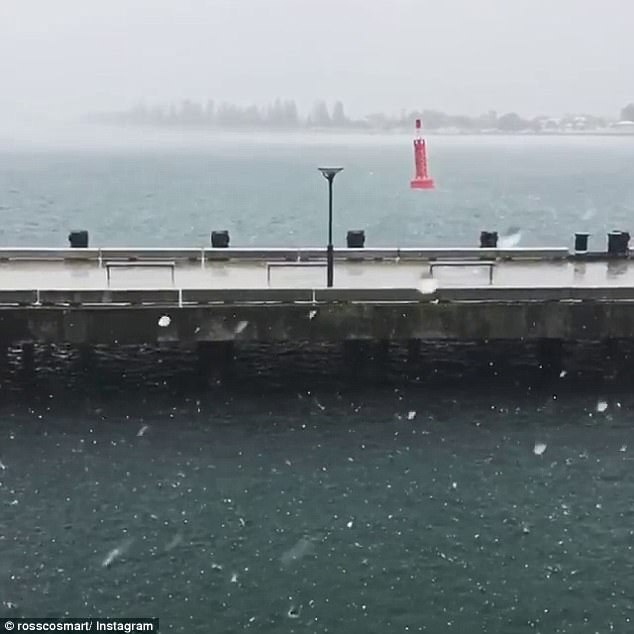 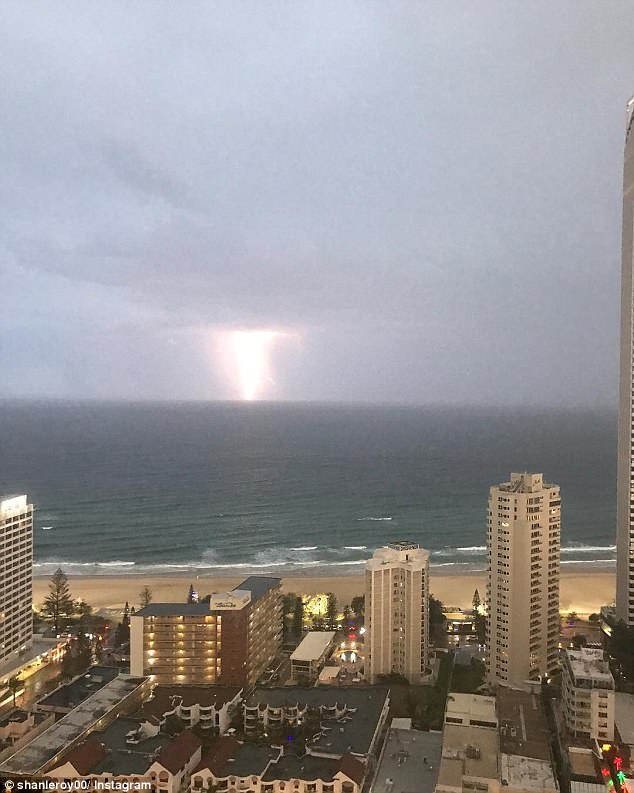 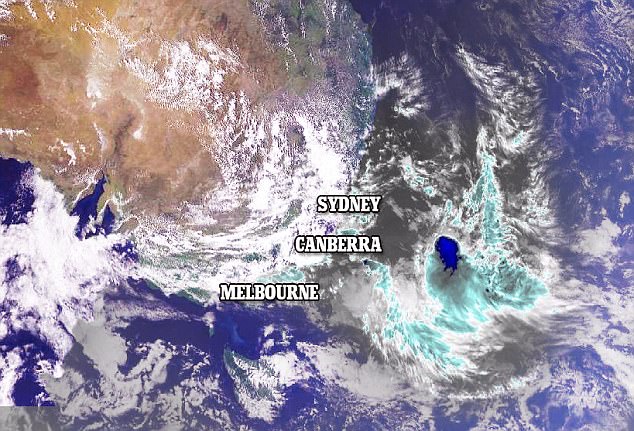 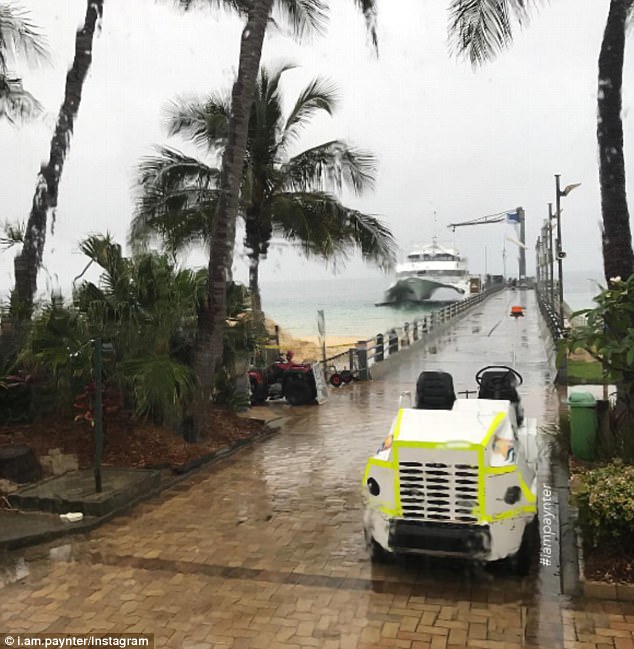 ‘The most powerful storms so far this season formed on Thursday morning in the ranges and moved to the coast in the afternoon, lashing the region from eastern Victoria to central Queensland with intense rain,’ Weatherzone Meteorologist Graeme Brittain told Daily Mail Australia.

‘We’re potentially going to see winds in excess of 80km/h, large hail is also a possibility, as well as localised flash flooding,’ he said.

The storms may create the perfect environment for dangerous supercells to form, Mr Brittain confirmed.

Tom Saunders, meteorologist for Sky News, said there were three ingredients necessary for a thunderstorm, and all three would be present on Thursday. 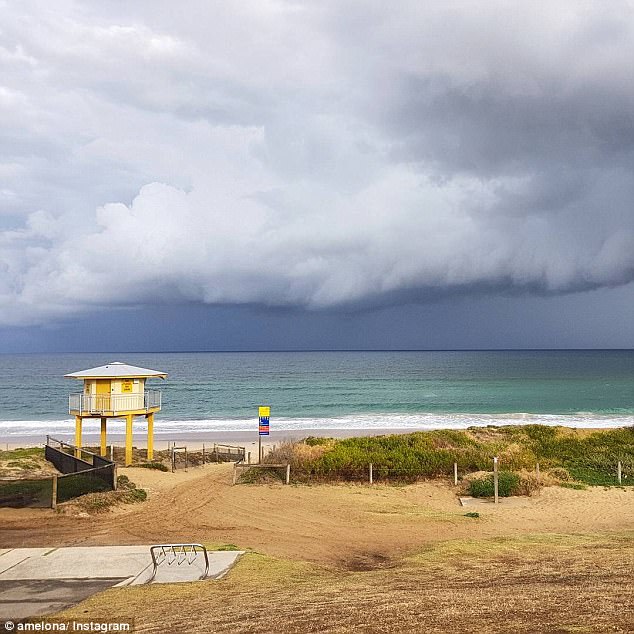 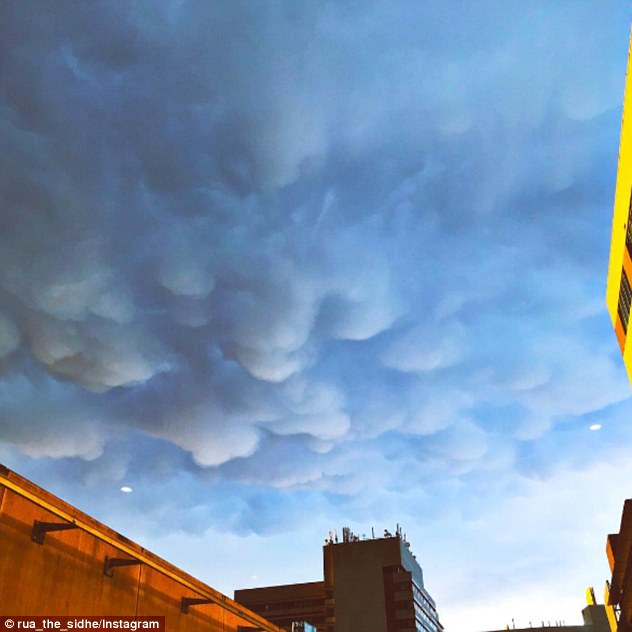 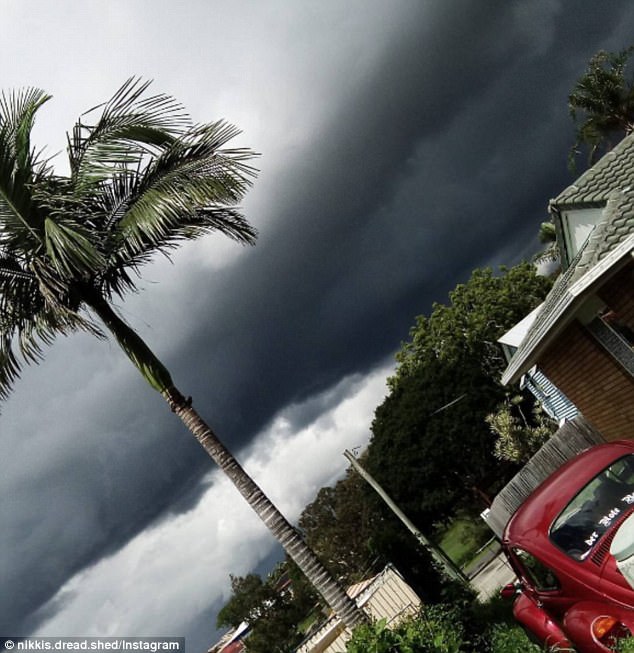 There have been reports of 80km/h winds, hail larger than 4cm and localised flash flooding

Wind shear is the difference in wind speed and/or direction over a short distance.

The meteorologist said it is very likely wind shear could play a part in creating supercell storms on Thursday. 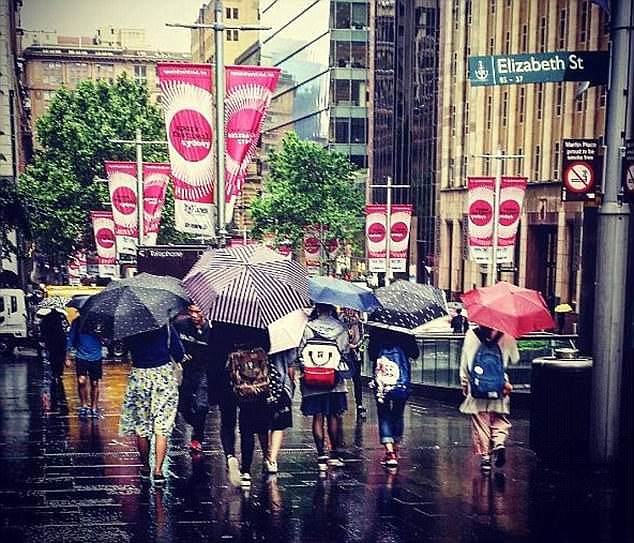 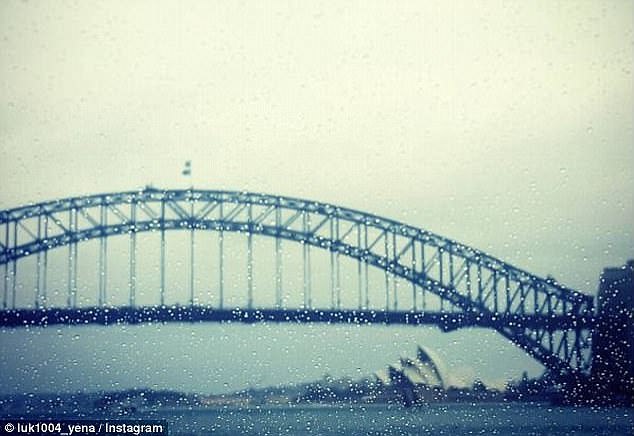 Tom Saunders, meteorologist for Sky News, said there were three ingredients necessary for a thunderstorm, and all three would be present on Thursday

On Tuesday, the Bureau of Meteorology said there was a good chance of a La Nina weather pattern, which could bring intense rain, storms and cyclones throughout the summer months.

‘The chance of a La Niña forming in late 2017 has increased. Chances are now around 50 per cent – twice the normal likelihood,’ the Bureau said.

Meanwhile, wild weather is expected to hit Victoria with strong winds and dry conditions prompting a severe fire warning for the Mallee and snow due in alpine areas.

Bushfires and snow are still predicted to hit Victoria in a 24-hour period in the coming days despite an earlier severe thunderstorm warning blowing over, the Bureau of Meteorology says.

Hailstones and flash flooding were predicted in the northwest of the state on Thursday but the severe warning was cancelled.

Strong winds are expected to sweep across the Mallee region on Sunday, with already dry conditions adding to the bushfire danger rating, which is tipped to hit ‘severe’. 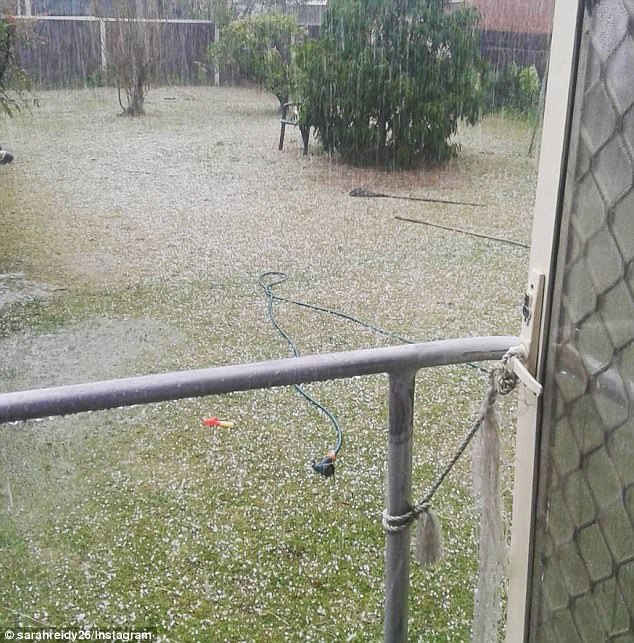 ‘Victoria, probably not with this first front, but a stronger front later on Sunday could push the Mallee towards severe or into severe fire danger even though they have had some rain,’ he said.

There were a couple of warm days but the fuel has dried and there would be a lot of wind, Mr Williams said.

‘We’ll be looking at the wind being the key reason to lift the fire danger,’ he said.

But there would be a rapid temperature drop up to 15C from Sunday into Monday which could result in snow falling in alpine areas.

‘And we’re likely to see a snow level on our ranges down to about 1000 metres or so,’ he said.

‘It’s a really big contrast (and) just shows the waters to the south of continent haven’t increased in temperature much.’

FORECAST: THE WEATHER ACROSS AUSTRALIA