Lil’ Nas X is pointing out a double standard after skateboarding legend Tony Hawk pulled a similar stunt to him this week that involved using his own blood.

Meanwhile, earlier this week, Hawk teamed up with the beverage Liquid Death to release a limited edition $500 skateboard with his blood infused into the paint.

Where’s the outrage? Lil Nas X has called out a perceived double standard after Tony Hawk pulled a similar blood-infused stunt to his ‘Satan Shoes’ that caused ‘no public outrage’

Taking to Twitter on Wednesday, Lil Nas said there had been ‘no public outrage’ over Hawk’s marketing trick, adding: ‘Are y’all ready to admit y’all were never actually upset over the blood in the shoes? and maybe u were mad for some other reason?’

The rapper’s controversial sneakers sold out under a minute back in March, while Hawk’s limited edition skateboard line sold out within 20 minutes. 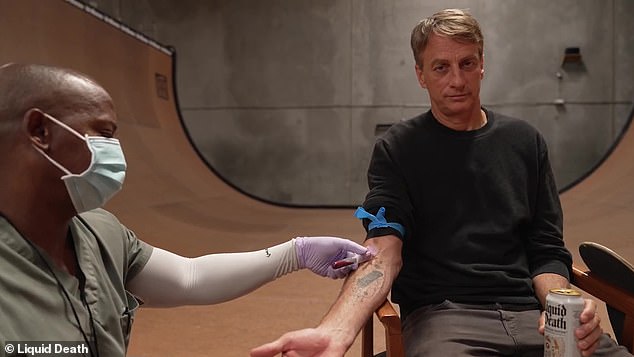 Not as controversial? Hawk teamed up with the beverage Liquid Death to release a limited edition $500 skateboard with his blood infused into the paint

However, Hawk’s team-up with sparkling water brand Liquid Death was part of a pre-agreed marketing strategy, while Lil Nas got into hot water with Nike as his sneakers were unofficial merchandise.

The black-and-red sneakers were part of a collaboration between the performer and New York-based art collective MSCHF and were made using Nike Air Max 97s.

Their design included a pentagram pendant, and an upside down crucifix, and 666 pairs were made. 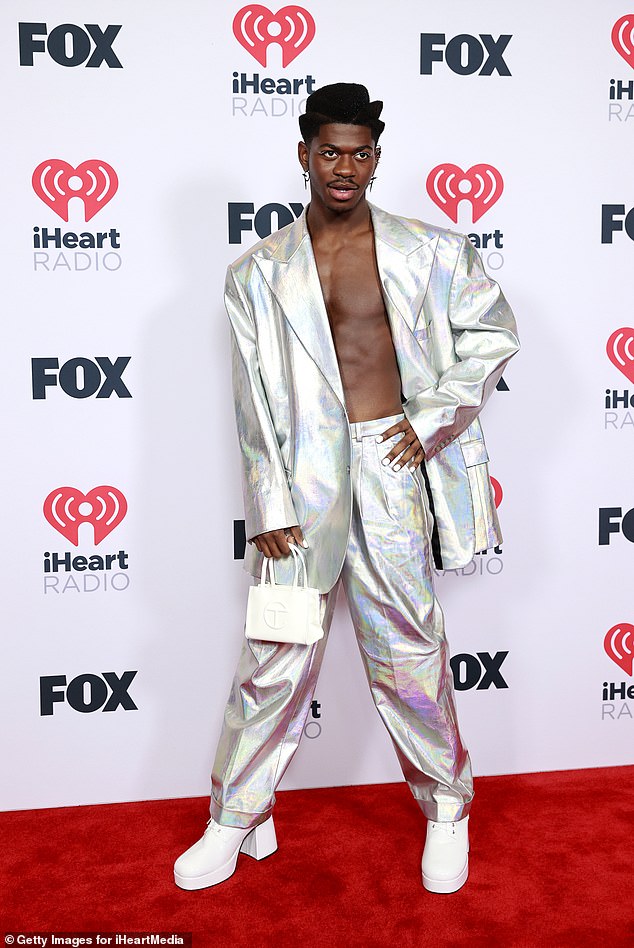 Good point: Lil’ Nas X said that maybe his critics were ‘mad for some other reason’ over his blood stunt

They quickly sold out at $1,018 a pair, but Nike later slapped a lawsuit on the company MSCHF over trademark infringement, following the public outcry.

The suit was later settled, and Lil Nas was not a defendant.

At the time, South Dakota Governor Kristi Noem slammed the rapper for promoting the sneakers – and his raunchy demon-themed new music video – during Holy Week. 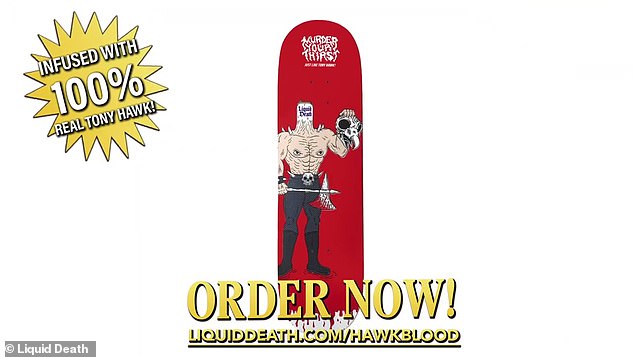 Sell out: Despite the steep price tag, many just had to own the novelty item as all 100 decks were sold out within a mere 20 minutes of the item being posted

His accompanying Satanic themed music video for Montero (Call Me By Your Name) raised more than a few eyebrows in the conservative community.

In April, Nike announced that it had reached a settlement with the Brooklyn-based art collect MSCHF Product Studio Inc. for creating ‘Satan Shoes’ in collaboration with the star.

The shoe giant said that MSCHF had agreed to a voluntary recall on the sneakers, which were designed with input from the rapper.