And Lily James was spotted completely transformed into the Baywatch star once again while on the set of the highly anticipated Hulu series, Pam & Tommy, in Los Angeles on Wednesday.

The actress, 32, was in full Pamela mode as she rocked a classic velour jumpsuit with her blonde hair styled into cascading curls in Los Angeles.

In full Pamela mode! Lily James was completely transformed once again as she was spotted on the set of the highly anticipated Hulu series, Pam & Tommy, in Los Angeles on Wednesday

She also was rocking Pamela’s trademark fringe, skimming straight over her stylish shades.

Lily wore a black robe over her stylish outfit which flashed a hint of her toned abs.

She strode out rocking a fluffy pair of black slides, which were also very Pamela.

And in true Anderson style, she rocked a flawless gold tan. 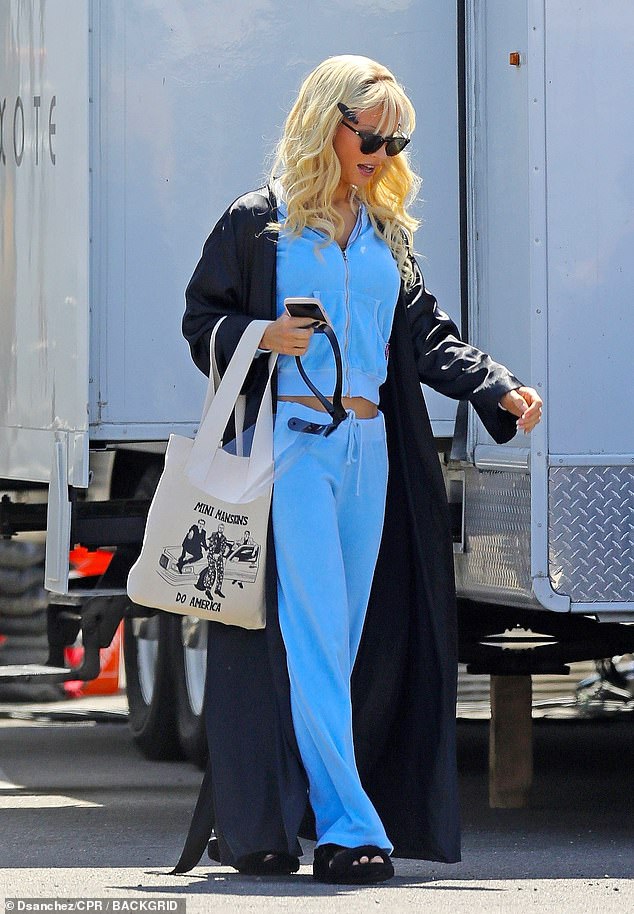 Blast from the past! James was working a look straight from the early 2000s

Deviating from the otherwise early 2000s look was a black robe slung over the blue jumpsuit, a Mini Mansions Do America tote bag and a face shield.

The upcoming Hulu series is based on Pamela’s tumultuous three-year-marriage to rock star Tommy Lee which saw them tie the knot in 1995 and take part in their notorious sex tape.

Pamela and Tommy, 58, – who had two kids together, sons Brandon, 24, and Dylan, 23 – were considered to be one of the wildest celebrity couples of their time. 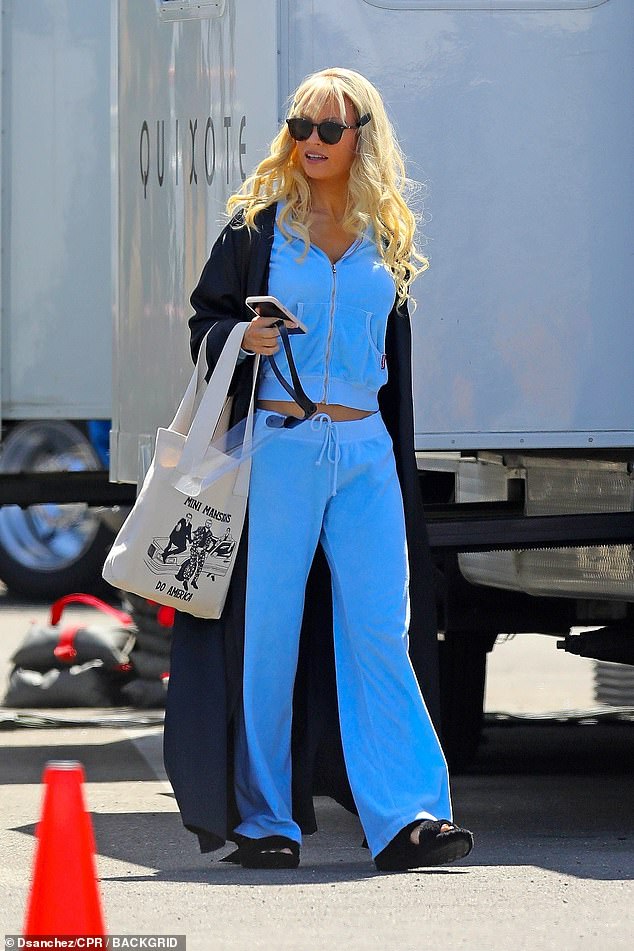 Curl power! Her blonde locks cascaded down in loose ringlets

‘Here’s a peek at Pam & Tommy, coming to @Hulu. Based on the true scandal that started it all, featuring Lily James, Sebastian Stan and @SethRogen … ready to rewind? #PamAndTommy, ‘ the tweet read.

However, Pamela has reportedly branded the show ‘a joke and cheap knock-off’ according to a source report.

Insiders previously told The Sun that the star deems the ‘God awful’ program ‘a joke’ and has never heard of Lily or Sebastian, who have already been praised for their transformation – although seemingly without Pamela’s seal of approval. 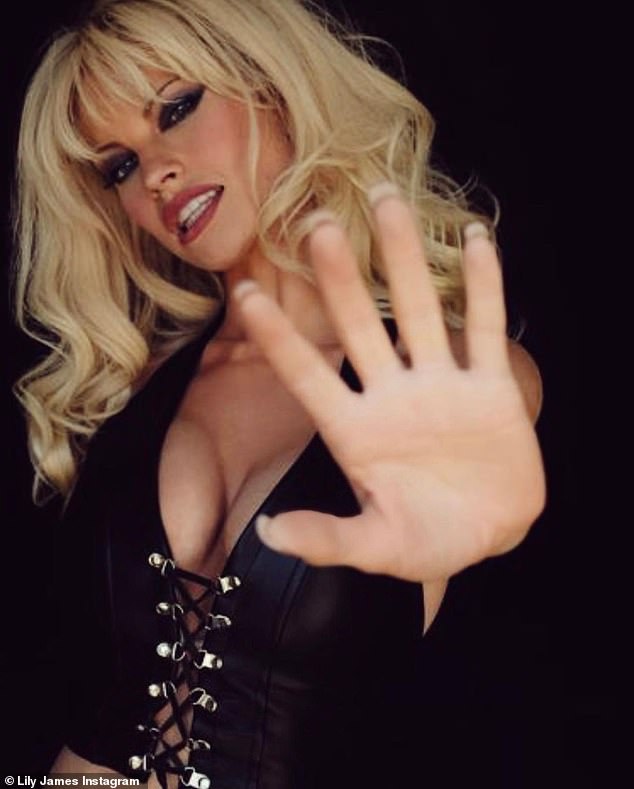 Based on a true story: The upcoming Hulu series is based on Pamela’s tumultuous three-year-marriage to rock star Tommy Lee which saw them tie the knot in 1995 and take part in their notorious sex tape

‘Pamela has no intention of watching this God awful show, absolutely not. Never…,’ a source told the publication.

‘She’s never heard of the actors playing her or Tommy, and doesn’t care to know them. She and her family think the show is a cheap knock-off.’

The insider then added: ‘The whole thing is a joke to them.’ 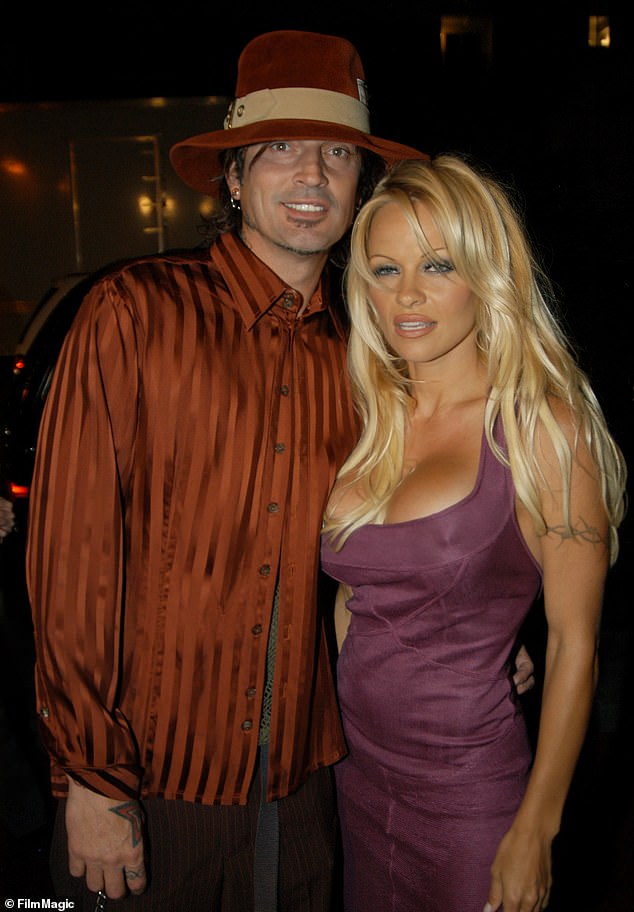 The way they were: Anderson and Lee were married from 1995 to 1998 and share two sons together