Lily-Rose Depp has been staying with her mother Vanessa Paradis and the two were pictured stepping out separately in the French capital on Wednesday.

Model Lily, 20, was pictured zipping across the road, looking summery in a white Bardot top and a black mini skirt.

She wore a face mask and wore her hair up as she dashed along in Nike Air Jordan trainers, accented with grey socks. 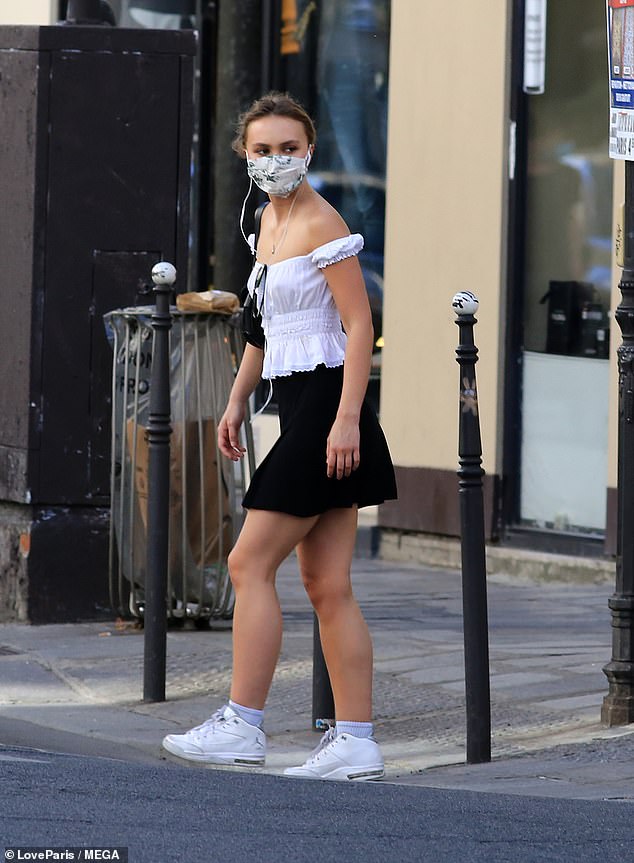 Genes: Lily-Rose Depp wore a face mask and a mini skirt as she and her equally safety-conscious mother Vanessa Paradis were pictured out in Paris on Wednesday amid lockdown

Her mother Vanessa, 47, was also seen out in her face mask as she enjoyed a stroll.

She wore a red polo shirt and red shorts, with a denim jacket and Nike trainers, completing her ensemble with a hat.

Lily split from her boyfriend, actorTimothee Chalamet, 24, after one year of dating last month.

Youthful: Her mother Vanessa, 47, was also seen out wearing a baggy polo shirt and shorts 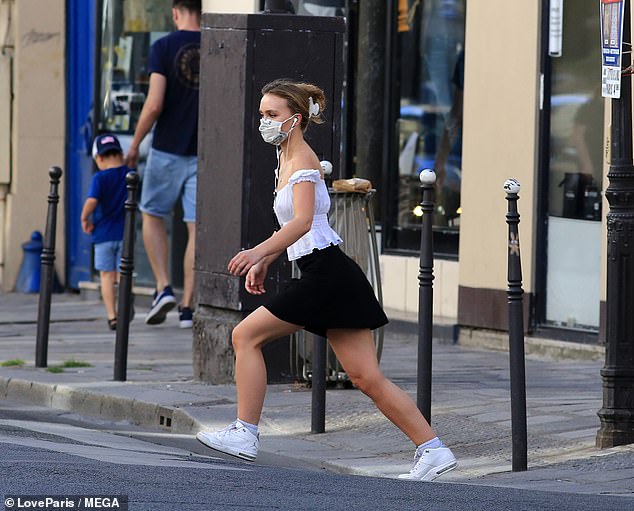 Sprinting: Lily zipped across the busy road quickly in her monochrome ensemble

The pair were last spotted together in late October on a dinner date in Los Angeles.

A source told Us Weekly that the duo had officially called time on their relationship and were considering themselves single.

The Lady Bird actor was noted as being ‘single’ in his British Vogue May 2020 feature. Timothee and Lily-Rose met on the set of Netflix’s The King. 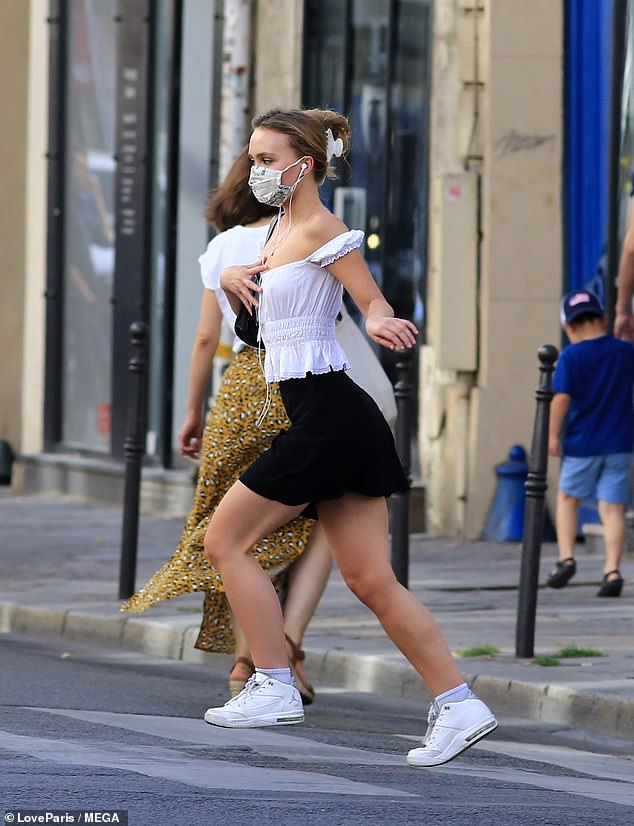 Chic: She teamed her black mini skirt with a white Bardot top and trainers

Called it time: Lily and Timothee Chalamet have split after one year of dating

Meanwhile, Lily’s father Johnny Depp is suing The Sun’s publisher, News Group Newspapers (NGN), and its executive editor, Dan Wootton, over an April 2018 article that referred to the 56-year-old as a ‘wife-beater’.

The article related to allegations made against Mr Depp by actress Ms Heard, 34, that he was violent towards her during their marriage – which he strenuously denies.

A judge has ruled Amber Heard’s drinking of red wine and claims she altered vaccination certificates to smuggle her dogs into Australia will be used against her in Johnny Depp’s libel case against the Sun. 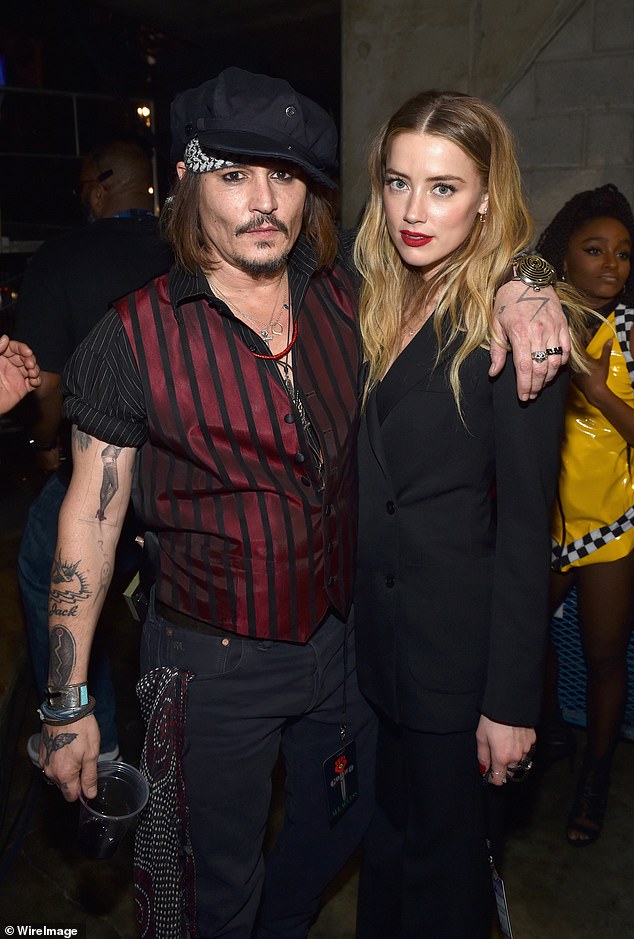 Row: Meanwhile, Lily’s dad Johnny is suing The Sun’s publisher, News Group Newspapers (NGN), and its executive editor, Dan Wootton, over an April 2018 article that referred to the 56-year-old as a ‘wife-beater’ (picture with ex Amber Heard in 2016)