Disney Plus is fast-tracking its Hamilton movie debut, allowing families to stream the film of the award-winning Broadway musical at home.

Initially set to debut in the United States and Canada on October 15 2021, the filmed version of the original Broadway production will be available to stream exclusively on Disney+ beginning July 3 2020.

The 11-time-Tony Award, Grammy Award, Olivier Award, and Pulitzer Prize-winning stage musical, which  tells the story of American Founding Father Alexander Hamilton, was filmed at The Richard Rodgers Theatre on Broadway in June 2016.

Robert A. Iger, executive chairman of The Walt Disney Company said: ‘No other artistic work in the last decade has had the cultural impact of ‘Hamilton’—an inspiring and captivating tale told and performed in a powerfully creative way.

‘In light of the extraordinary challenges facing our world, this story about leadership, tenacity, hope, love and the power of people to unite against the forces of adversity is both relevant and impactful.’

Lin-Manuel Miranda commented: ‘I’m so proud of how beautifully Tommy Kail has brought ‘Hamilton’ to the screen. He’s given everyone who watches this film the best seat in the house.’ 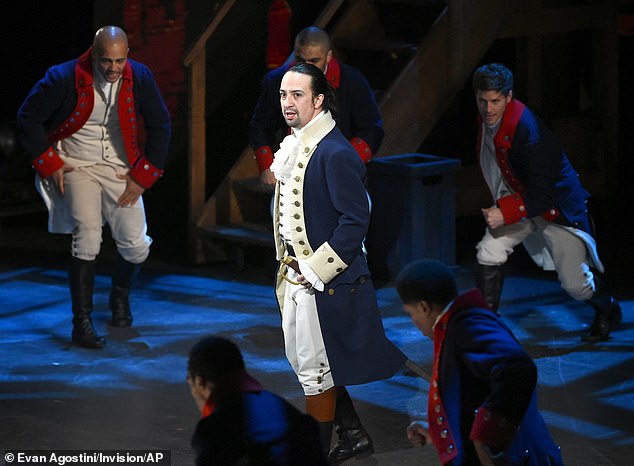 Miranda also added; ‘I’m so grateful to Disney and Disney+ for reimagining and moving up our release to July 4th weekend of this year, in light of the world turning upside down. I’m so grateful to all the fans who asked for this, and I’m so glad that we’re able to make it happen. I’m so proud of this show. I can’t wait for you to see it.’

If you haven’t already subscribed to Disney Plus, you can take advantage of the streaming service’s FREE seven day trial to experience the thousands of movies, shows and documentaries it has to offer.

With new content being added to Disney+ every month, there’s something for , from Disney classics and Marvel movies to the Star Wars saga and stunning National Geographic content.

Subscription plans start from as little as £5.99 per month for a monthly plan or £59.99 for the Disney Plus annual 12-month subscription.