Faith Jenkinson, 45, has been spared jail again after breaching her court order by falsely claiming benefits while living with her new husband

A bigamist has been spared jail again after falsely claiming benefits while living with her new husband.

Faith Jenkinson, 45, was given a four month suspended jail sentence in September 2015 when she tied the knot with company boss Andrew Asher despite the fact she was already married.

The health and safety consultant avoided prison after a judge accepted she was ‘confused’ about her marital status rather than acting for financial or immigration purposes.

She appeared at Lincoln Crown Court on Friday after it was found she had breached her court order by falsely claiming benefits while living with her new partner.

The court heard Jenkinson was found to have wrongly pocketed more than £8,000 in housing benefit and income support after officials found her living with her new partner Steve Robinson at an address in Gainsborough.

Jenkinson, who appeared in court under her new surname of Robinson, admitted two charges of failing to disclose a change in her circumstances relating to income support and housing benefit.

Edna Leonard, prosecuting, told the court Jenkinson falsely claimed £3,223 in housing benefit and £5,672 income support between May 2014 and November 2015.

Miss Leonard said: ‘The investigation began with Mr Robinson being observed coming and going from the property, and there were then investigations in to her bank account.

‘The breach of the suspended sentence is in relation to an offence of bigamy. That bigamist marriage took place on 17 October 2010.’

The court heard Jenkinson, who has now remarried, pleaded guilty to the benefit offences when she appeared before Lincoln Magistrates Court on August 24.

Miss Leonard added: ‘Clearly the matter would have remained in the magistrates court if it wasn’t for the breach of the suspended sentence.’

David Eager, mitigating, told the court Jenkinson had already paid back much of the over payed benefits.

Mr Eager said the breach of the suspended sentence only applied to a few months between September and November 2015.

‘They both related to partners, but it would be unjust to activate the suspended sentence,’ Mr Eager argued. 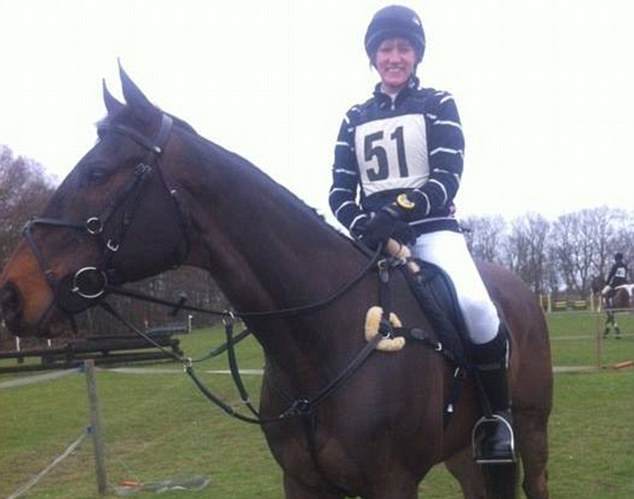 Jenkinson was also ordered to carry out 180 hours of unpaid work in the community.

Recorder Hallam explained: ‘For somebody who has taken what you did the starting point is a medium level community order, some unpaid work.

‘You have to your credit paid back quite alot of the money already. 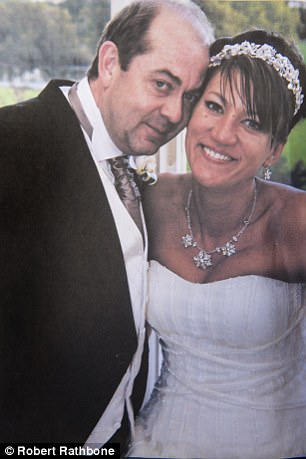 Jenkinson and Andrew Asher, pictured on their wedding day, considered themselves married – but the union was officially voided

‘But you know for a small period of this offence you were subject to a suspended sentence of imprisonment for a different kind of offence, although there was some overlap relating to your domestic situation.

‘Baring in mind the period of time and your otherwise good character, balancing the competing factors I can pass a sentence that does not mean you will go to prison today.’

Jenkinson avoided jail in 2015 after she was discovered to be bigamist.

He lavished her with luxurious gifts, including a honeymoon in Bali.

But after three years he found she was already married to Michael Ulatowski – and had been since 1999 after she failed to finalise a divorce.

Mr Asher said he initially became suspicious after Jenkinson, a former police worker, did not talk about her past.

Jenkinson was questioned by police and admitted divorce proceedings to her first husband had never been formally completed.

Following a trial in 2015, she was sentenced to a suspended four-month prison term and ordered to carry out 150 hours of unpaid work.