A millionaire traveller family who kept 18 homeless men as slaves for decades have been jailed for a total of more than 50 years.

The Rooneys made more than £1.5m from the exploitation in Lincolnshire to fund a lavish lifestyle flush with cash spent on homes, holidays and cars.

The victims were lured by the promise of food, free accommodation and work but instead were forced to live in horrendous conditions and kept under ‘total control’ through threats of violence, along with drugs and alcohol.

One victim was left a ‘devastated, shattered and broken man’ while others said they lived a ‘dog’s life’ and were forced to ‘clear up the blood’ from their beatings.

Commenting on the difference between the traveller family’s lives and the condition of the slaves, Judge Timothy Spencer QC said: ‘It was like the gulf between medieval royalty and peasantry’. 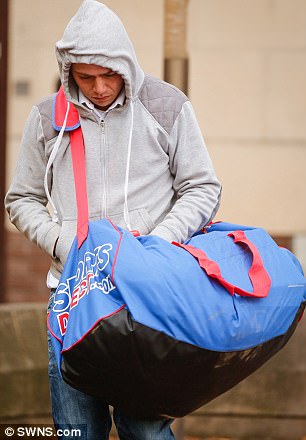 Patrick Rooney, 31, and Martin Rooney Junior, 23, with bags packed for sentencing for their part in forcing homeless people to work as slaves 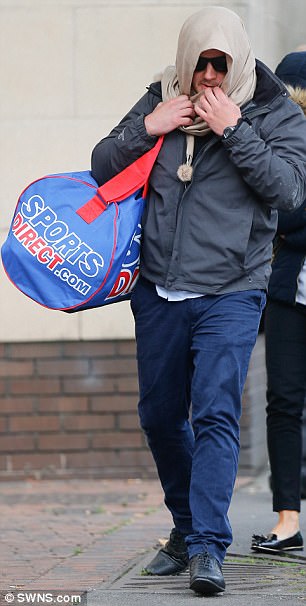 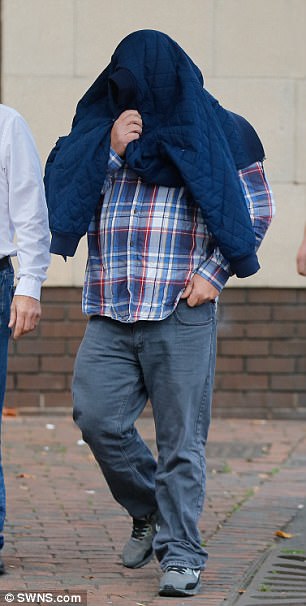 John Rooney, 31, and Gerard Rooney, 46, also followed their relatives into Nottingham Crown Court – some other family members are already in prison

Twins Patrick and John Rooney got 15 years, nine months and 15 years, six months respectively. They were both charged with other offences beyond forced labour.

The family would beat their victims and make them fear for their lives while treating them ‘worse than dogs’ sleeping in caravans with carpets, beds and duvets ‘soaked with urine and faeces’, a court heard today.

The Rooney clan made vulnerable men work for little or no wages and forced them to live in squalid caravans while spending £1.5 million profits on a life of luxury.

They kept the victims – aged between 18 and 63 – as their slaves for as longs as 25 years and forced them to work, tarmacking and paving drives.

Last month the cruel traveller family were convicted of a string of modern slavery offences following one of the largest ever investigations of its kind in Britain.

Bridget Rooney, 55, is the only woman in the 11-strong gang being sentenced over the coming days

Today they appeared at Nottingham Crown Court ahead of sentencing where the impact of their actions was revealed for the first time by their victims.

The court was told how the slaves recounted the horrors of their experiences to police, explaining how they would be subjected to violence at the family’s gypsy sites.

Meanwhile, the family were living a life of luxury taking holidays to Barbados, Australia, Egypt and Mexico and splashing out on high performance BMW cars.

They also splashed cash on other lavish items – including gym memberships, boob jobs and a soccer school at Manchester United.

Martin Rooney Senior, 57, and Bridget Rooney, 55, were described as the ‘patriarch and the matriarch’ of the enterprise.

They recruited people after plying them with booze and drugs and eventually took control of their bank accounts.

One man with learning difficulties, who lived on the site for 15 years, told how he would receive a ‘slap’ if he disobeyed Martin Rooney Sr.

He was often left with a bleeding mouth and bruising to his face after being subjected to beatings at the hands of the gypsy thug.

Prosecutor Riel Karmy-Jones QC said: ‘These defendants preyed on people who had fallen on hard times and pushed to the fringes of society – some of whom had mental health issues. 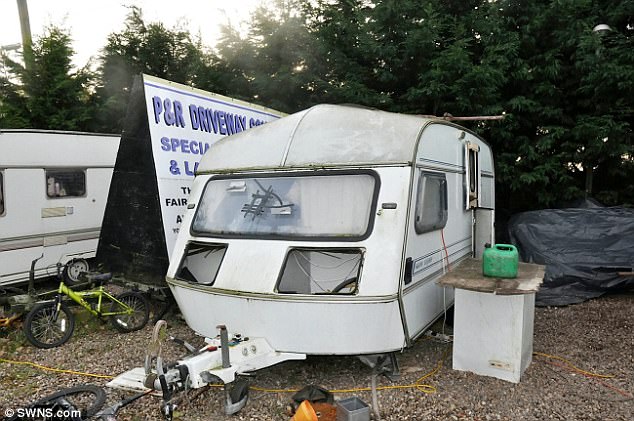 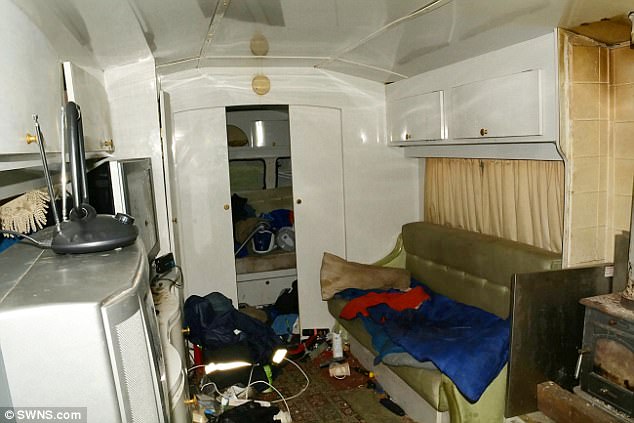 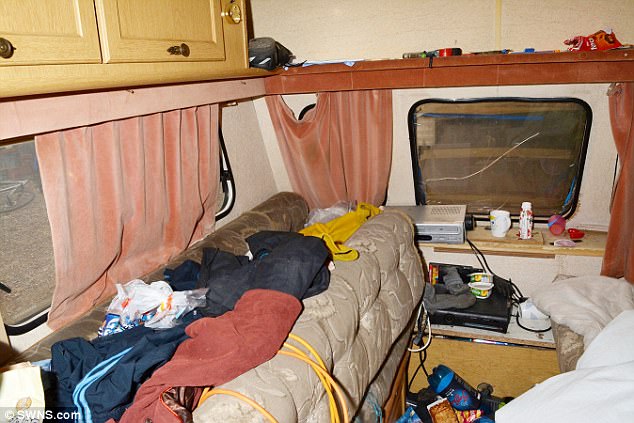 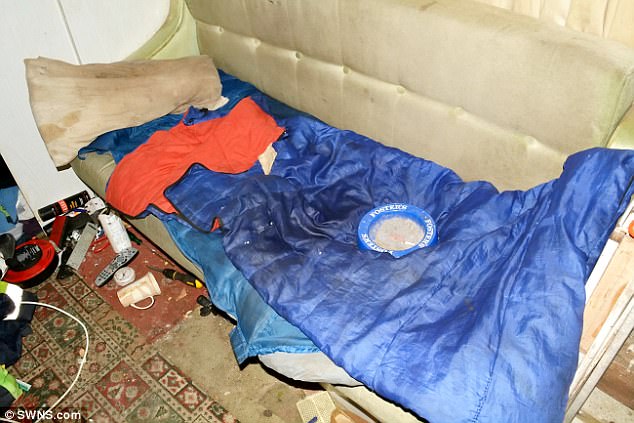 If victims complained, the gang would say they still owed money and would claim more labour to pay off the bogus debts. Pictured: A filth y sleeping bag in one of the caravans 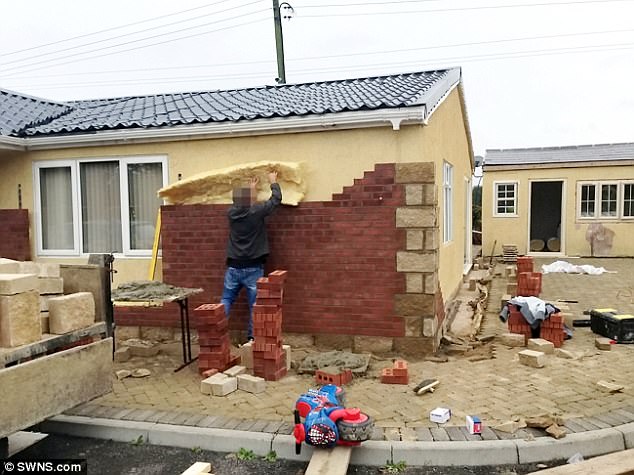 ‘They exploited their desire to better themselves and find a community within which to live.

‘They offered them money, food and a place to stay which was usually a caravan – often ill-equipped.

One victim was kept a ‘captive’ by members of the Rooney family on a Lincolnshire traveller site and forced to work 12-hour days, seven-days-a-week for 26 years.

In an emotional account of his life, the man’s sister told how he was beaten with a rake when he overslept, had his teeth smashed with a concrete slab and had been left ‘psychologically damaged’ by his dreadful ordeal.

Telling of her brother’s ordeal at the gang’s hands, the victim’s sister said: ‘He was asked to sign a contract by John Rooney – a contract would have been out of his understanding.

‘And John Rooney said to him, ‘you’re going to work for me for the rest of your life’.

‘My brother replied ‘oh, I don’t know about that’. Prior to that conversation, John Rooney had actually made him dig a hole.

‘And my brother said to him ‘how much further do you want me to dig down?’

‘And he (John) said ‘keep digging’ and at the end of the conversation said to him ‘if you don’t sign this contract, that’s where you’re going, in that hole’.

‘Some of the victims lived in squalid conditions – allocating areas outside for their bodily functions.

‘Some were reduced to stealing in order to feed themselves.

‘Martin Senior and Bridget Rooney were the heads of the family.

‘They were the patriarch and matriarch who started the enterprise.

‘There was not one individual who didn’t suffer from some sort of affliction.

‘Mental health, learning difficulties, many were homeless and many were in dire straits living on the streets.

‘(One man) has learning difficulties and suffered from a condition that hampered his speech and movement.

‘He was not well and lived there for some time. He said he ended up there for 15 years ‘tidying up’.

‘Describing Bridget Rooney he said ‘she has got a right temper on her’. If he ever said no to Martin Sr, he would get a slap.

‘There was one time where he was bleeding from his mouth and suffered bruising to his face.

‘He said he was treated like how they treat the dogs.

‘Martin Sr took (one victim’s) bank card and cleared out all the money he had.

‘If he told on them he would be beaten. He said ‘I didn’t leave because I had nowhere else to go.’

‘Mobile phones were taken off them so they could not call the police or members of their family.’

The court was told Martin Rooney Sr was not the only family member who subjected victims to cruel beatings in order to force them to do hard labour. 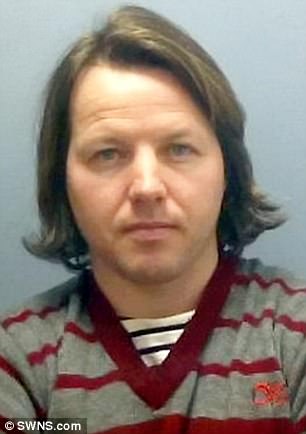 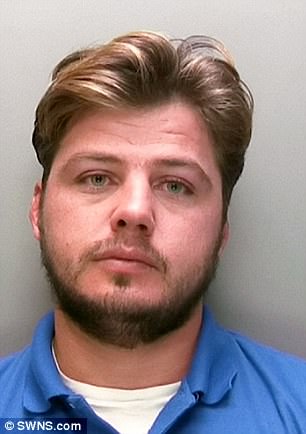 Twins Patrick, a bare-knuckle fighter, and John Martin Felix Rooney, 31, also ‘threw punches’ at those who had said they had ‘had enough’.

Who in the family has been convicted of what crimes?

Bridget Rooney, 55, of Saxilby – Conspiracy to require a person to perform forced or compulsory labour

Peter Doran, 36, of Lincoln – Conspiracy to require a person to perform forced or compulsory labour

Gerard Rooney, 46, of Lincoln – Conspiracy to require a person to perform forced or compulsory labour

Lawrence Rooney, 47, currently in prison – Conspiracy to require a person to perform forced or compulsory labour

Other victims were forced to live in squalid conditions, with carpets and duvets covered in urine and faeces.

In total, the family kept 18 desperate slaves at their gypsy sites in Drinsey Nook and Washingborough, Lincs.

The prosecutor added: ‘One time (the victim) told Patrick he had had enough and he entered his caravan and started throwing punches.

‘(One victim) was told to clear up the blood. He had received a couple of shots to the head.

‘(The victim) eventually left and Patrick threw money at him in a last ditch attempt to stop him from going to the police.

‘He told police ‘I am treated like a slave, it is worse than a dog’s life – the Rooney’s did this to me.

‘(One victim) was a small gentleman who suffered from post-traumatic stress disorder.

‘Martin Sr assaulted him in 2006. He had lied to Martin Sr and the Rooneys didn’t tolerate lies.

‘Martin Sr punched him a couple of times to the head and the face but he thought Martin was entitled to punch him for his lies.

‘He had been asked to do things he didn’t want to do like steal a sandwich when he was hungry.

‘He was scared of the Rooneys and said ‘I have seen people getting beatings but how do I tell you? If it gets out that it is me who told you I fear for my family.

‘(One man) had serious diabetes and had had a troubled background. He was told he would get medicine for his diabetes and £7 per day.

‘He was living in terrible squalid conditions – the carpet was sodden with urine and the duvet was covered in urine and faeces.

‘Had (he) been left much longer he may not have survived. Another man had swelling to his face and didn’t fight back.

‘He was a devastated, shattered and broken man.’

Sentencing is expected next Tuesday.