Lionel Messi and Co were back to the grind on Tuesday, in final preparation for their decisive Champions League clash with Lyon.

The mercurial No 10 was on show as Barca went about duties at their Ciutat Esportiva Joan Gamper base, ahead of welcoming the Ligue 1 giants to Catalonia.

The Barca superstars looked to be in an upbeat mood as they went about a light session on the eve of the fixture. 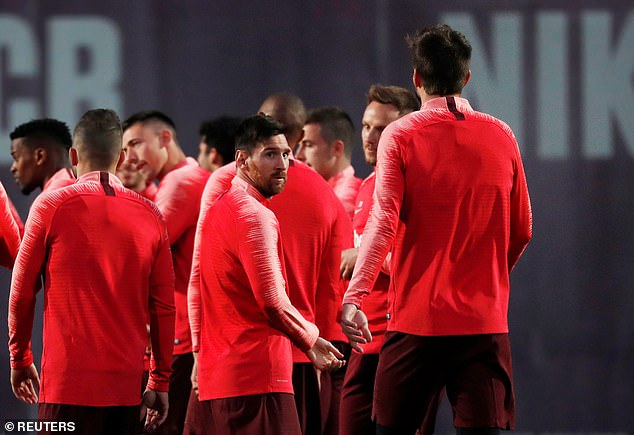 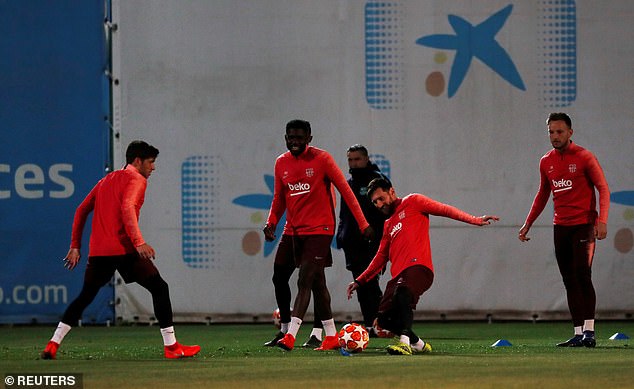 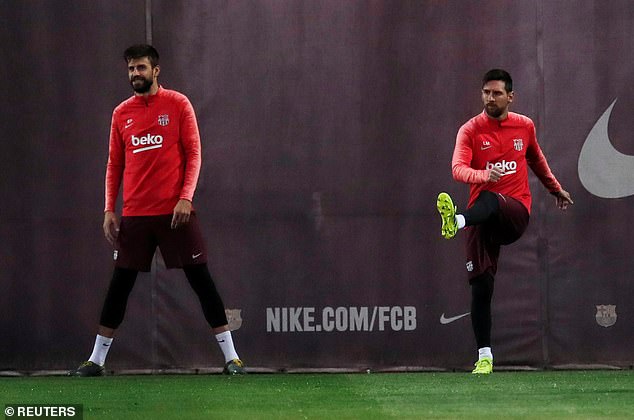 The Catalan giants were unable to get an away goal in the first-leg, leaving with a 0-0 draw

Messi as per was in the thick of the action, alongside partner in crime Luis Suarez.

The second-leg encounter is finely posed, with Barca being unable to grab a crucial away goal in France and having to settle with a 0-0 stalemate aggregate score.

Manager Ernesto Valverde has warned that victory is by no means a formality, despite Barca being fierce favourites to get the job wrapped up inside their iconic Nou Camp stadium. 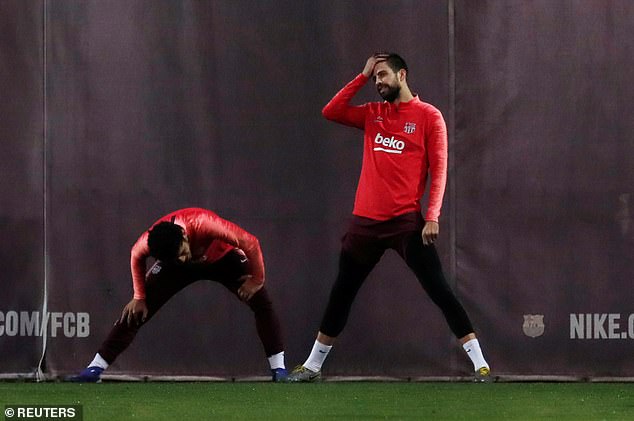 ‘Nil-nil from the first leg is a result which benefits neither side because if neither of us score it will go into extra time,’ Valverde said in his pre-match press conference.

‘Lyon will come here with their weapons, they’ve got a very strong attack – very quick, powerful players up front and I’m sure they’ll try to exploit that.

‘They know how important it would be for them to get an away goal tomorrow, so I’m sure they’ll look for that too.’

Barca made a surprise quarter-final exit last season after being knocked out by Roma and while Valverde said that was of little concern, he admitted last week’s upsets proved there are no easy games in the knockout stages.

‘Look, we’re not worrying too much about what happened a year ago, we’ve spoken enough about that. We’re just worried about tomorrow’s game,’ Valverde said. 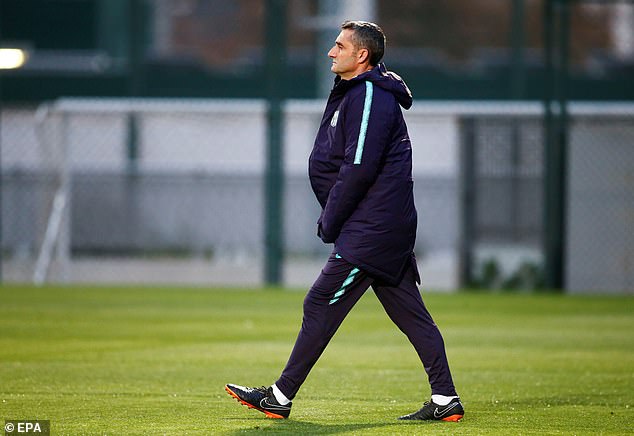 ‘Last year happened. The other Champions League games are very important to appreciate what the other teams are like and it’s a reminder that there are no small teams.

‘Also, the result of the first leg does not always matter that much. You’ve seen some big turnarounds in the games last week.

‘But in our case it’s a very balanced result from the first leg. We have to win tomorrow if we want to qualify,’ added.