Lionel Messi and his father have told Barcelona president Joan Laporta to stop talking of a return to the club for the Argentine superstar after growing irritated by his continued comments.

Laporta has continued to speculate on Messi coming back and said this week that if the Camp Nou idol one day wanted to return it would have to be for free, even indicating the motivation behind his departure was based on money. 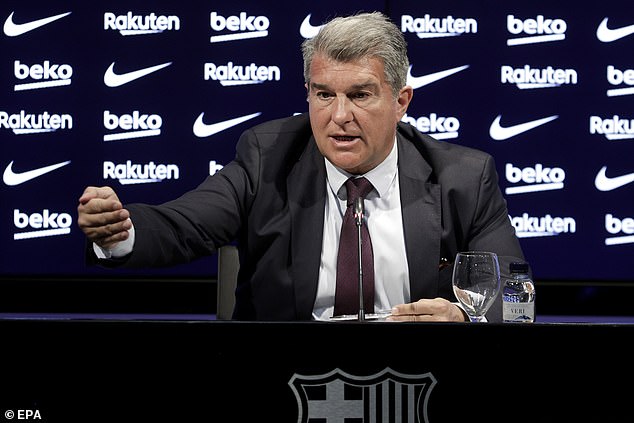 ‘We would’ve liked Messi to stay, but it wasn’t to be,’ he told L’Esportiu. ‘And it wasn’t to be because of La Liga’s Financial Fair Play rules and PSG’s offers.

‘When players are like that, they find they cannot leave because the deals are worth many millions of euros.’

Those remarks have angered Messi and his father though. 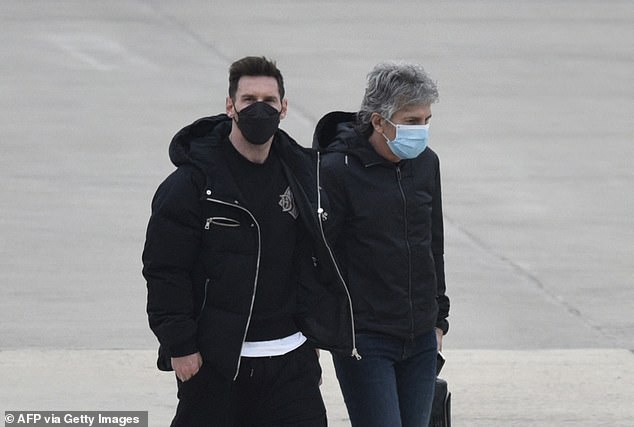 Messi’s father Jorge (right), called Laporta in March asking him to stop with the comments

Indeed, Jorge was already so fed up with Laporta that he rang the Barca president in March to politely ask him to refrain from making further reference to Messi in interviews and to stop going back on the past. The relationship had already become strained as it was the club, after all, who had to take back their contract extension offer at the last minute last summer, resulting in Messi’s exit to PSG.

However, despite that request, Laporta has continued with his statements and his comments this week served only to anger the Messi family even further.

Messi is staying at Paris this summer and, regardless of the insinuations from Barcelona, has not given any indication of doing anything other than seeing out his contract. 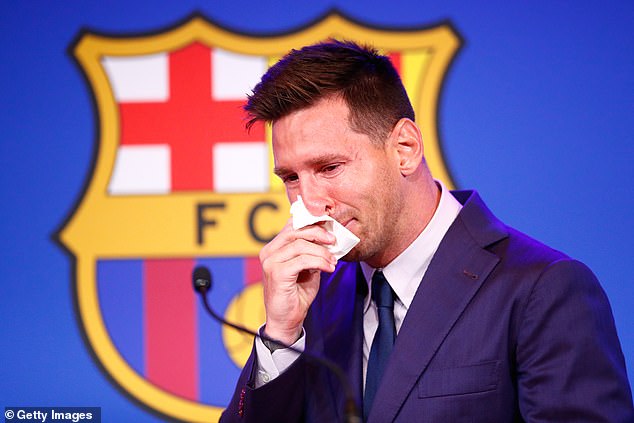