Argentina ensured their place in the quarter-finals of the Copa America on Monday when they beat Paraguay 1-0 in a game notable for Lionel Messi’s record-equalling 147th appearance for the national side.

The victory in Brasilia was Argentina’s second 1-0 win in a row in this tournament and their 16th match without defeat since losing in the Copa America semi-final in 2019.

It gives them seven points from three games and leaves them top of Group A, two points ahead of Chile, four ahead of Paraguay and six ahead of Uruguay. 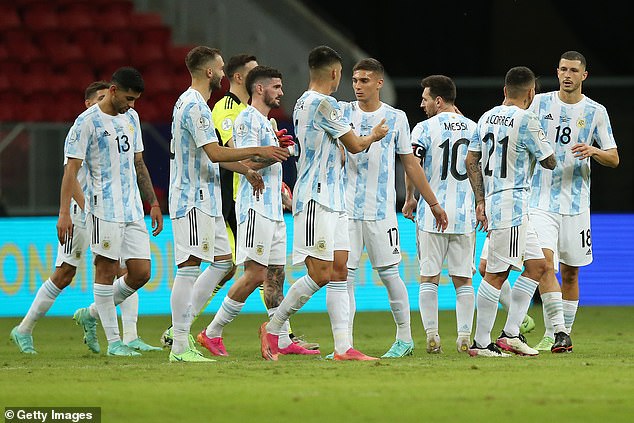 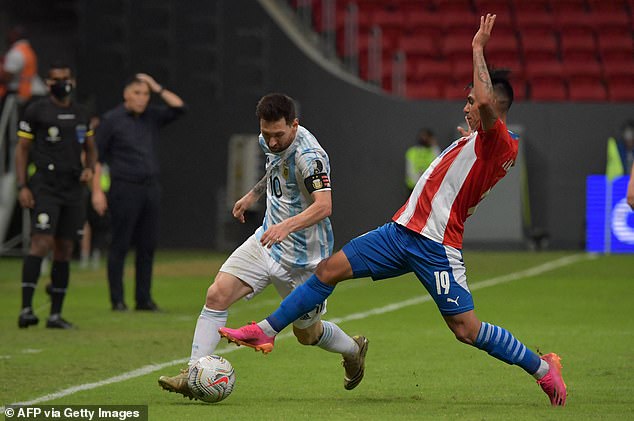 Bolivia are bottom with no points from two matches so with four of the five teams qualifying for the last eight, Argentina are sure of progressing.

‘We’re through but we have to keep improving,’ said defender German Pezzella. ‘We had a great first half, our intensity wasn’t the same in the second but they didn’t have very many chances at goal.’

Paraguay had never beaten Argentina over 90 minutes in the Copa America, a run that covers 25 matches, and they were up against it as early as the 10th minute when Argentina went ahead.

Alejandro Gomez took a delightful pass from Angel Di Maria and dinked the ball over the diving keeper.

‘Angel’s pass was great,’ said Gomez. ‘I just had to get my foot under it and put it away.’

Argentina thought they had a second when Junior Alonso deflected a cross into his own net on the stroke of half time but the goal was chalked off by the Video Assistant Referee (VAR). 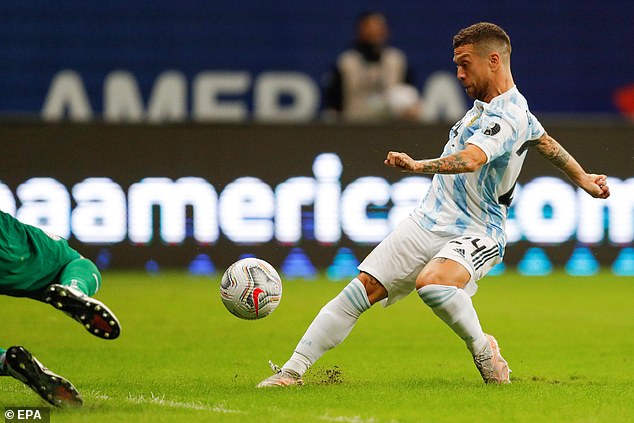 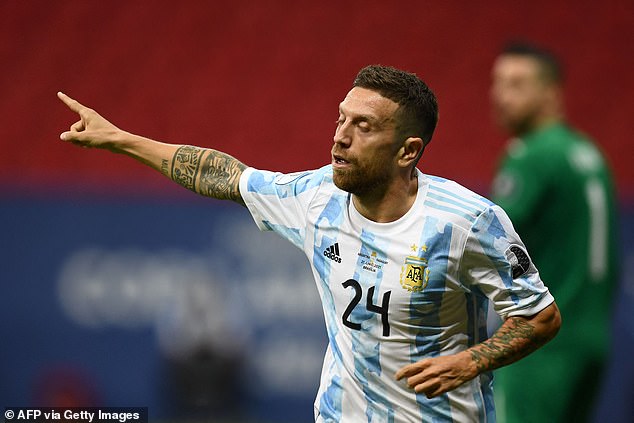 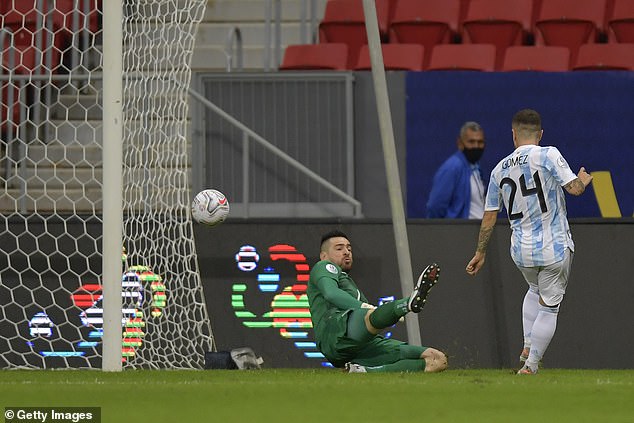 ‘Angel’s pass was great,’ said Gomez. ‘I just had to get my foot under it and put it away’

Paraguay came out more positive in a changed second half, with Newcastle’s Miguel Almiron always dangerous on the left wing.

However, although they enjoyed the bulk of the possession they could not turn it into chances and now face two tricky games against Chile and Uruguay.

For Argentina, Sergio Aguero made his first international start since November 2019 but was anonymous up front and it was Di Maria and Lionel Messi who stood out.

On the night he equalled Javier Mascherano’s record of 147 games in the blue and white shirt, Messi was a busy presence in the Paraguayan half.

Both he and Di Maria drew fouls from their opponents who ended up committing 23 fouls to Argentina’s 11.